It almost pains me to announce that there isn’t really any news about actual video games this week. Instead, we’re looking to the future of the things that play the games themselves, as Sony and Microsoft went a bit mad on that front in the last few days. Yes, it’s the ultimate console news smorgasbord!

Perhaps guaranteeing sales for exclusive IPs isn’t as difficult as it’s made out to be. Turns out, if you only have one in pretty much the entire year, then it’ll sell like hot cakes. Hot cakes on the passenger seat of a Lambourghini Countache. With a custom skin to make it look like the bike from Akira. Sorry, I’m digressing. Forza Horizon 4 – an absolutely phenomenal racing experience for fans of everything and anything the genre has to offer – has been an undeniable success in its first week on sale. 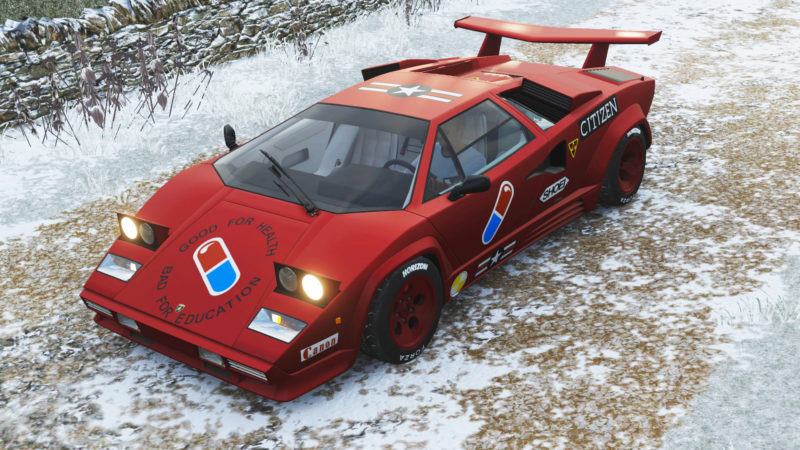 I wasn’t lying about that Countache, y’know

Now, earlier when I said “sell like hot cakes,” that might not have been accurate. You see, Microsoft has been very choosey with its wording around its definition of success. With the modern gaming market in the state that it is, sales of video games aren’t as easily quantifiable as they once were. So, what we’re now saying in the corporate world is, apparently, that Forza Horizon 4 has seen 2 million players since launch.

What that means in real terms is that, across physical sales, digital sales, Xbox Game Pass subscribers and potentially even demo-triers, the game has seen 2 million people put their virtual foot down and tear up virtual Britain. That’s definitely a lot of people, and maybe that’s just how the games industry measures itself nowadays. Hell, I’d take even 1% of that reading this article and I’d brag about it for the rest of my life. 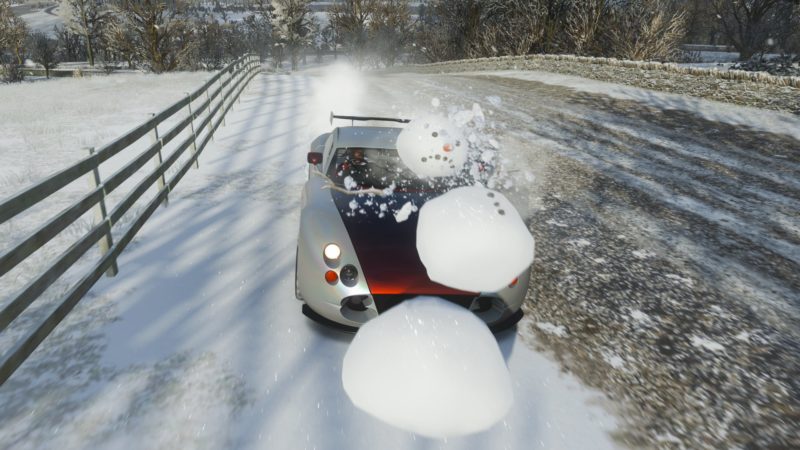 This poor bastard died for your amusement

According to the Microsoft press release, Forza Horizon 4 is also the “highest rated Xbox exclusive of this generation.” They also boast that players have collectively driven well over 800 million miles, and 4.6 million hours of gameplay have been watched over Mixer. That last stat is almost certainly because of the slightly under-developed function of offering in-game rewards for watching streams of the game on Microsoft’s platform. It’s quickly devolved into a wave of people streaming the game AFK to massive audiences, as they all work together to exploit their way to ‘influence’ – the game’s version of XP. Either way, the engagement with the game is impressive and deserves to be shouted about, even if the stipulations for shouting are more convoluted than ever before.

Project xCloud – A Name Only a Microsoft Could Love

Will future Forza Horizon games be available exclusively via streaming? Well, maybe not exclusively, but Microsoft is confident that you’ll soon be able to stream your Xbox games for “console-quality gaming on any device.” Strap yourself in, toaster, Master Chief’s coming.

This week, that E3 2018 Phil Spencer quote I just made fun of was elaborated upon with the announcement of Project xCloud – a new streaming service that combines data centers packed with Xbox hardware and Microsoft’s Azure platform to enable Xbox games anywhere on anything. Spencer and his mates put out a video that explains the process in self-congratulatory detail, with Big Poppa P pointing out that “[in] any other form of media, the idea that it’s locked to one device is totally absent.”

Microsoft is basically building giant racks of Xbox hardware and deploying them into their data centers. These racks will then utilize the Azure cloud to stream the gaming content. The games will be streamed to devices like smartphones and tablets, and can be played with an Xbox controller connected via Bluetooth. The presentation also moved to try and allay any fears on video quality and latency, by stating they are increasing data center bandwidth and working on improved encoding.

Spencer reassures us that the Xbox console itself is still their flagship way to play games, and will be in the future, but a secondary streaming service like this all sounds extremely impressive if it can be pulled off. We might not be close to a future where I can stream Gears of War to my bathroom scales, but we’re at a present where it won’t be Microsoft’s fault if I can’t. Those lazy bathroom scale companies need to pull their finger out.

Meanwhile, PlayStation 5 was all but confirmed this week, as Sony President Kenichiro Yoshida told the Financial Times that “it’s necessary to have a next-generation hardware.” Who needs PSX, eh? He apparently declined to confirm the name ‘PlayStation 5’ but, seriously, come on mate.

He didn’t go into any detail at all, but it seems that both Sony and Microsoft are still dedicated to making the type of console we’re used to. Although, with the recent announcements like Project xCloud, Google’s Project Stream, and the streaming of a couple games for Nintendo Switch in Japan, Sony may well look to further enhance PlayStation Now on PS5. 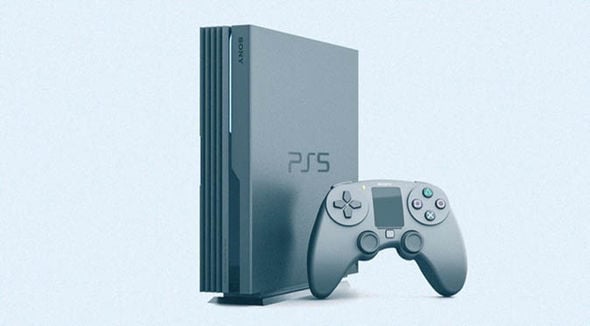 Whether or not the PS5 ends up being a much longer-term staple of video games than the PS4 (or anything else in the current generation) is obviously for the gods of time to decide, but perhaps it will become the last full-on console Sony creates. As we move further and faster into a streaming-based future, we need to not take for granted announcements of proper consoles as we know them. Video games as a medium is one that constantly has to straddle innovation and nostalgia carefully, and gamers are typically an obsessive and passionate community of collectors. I know I am, for one.

The current generation of games was supposed to be the one that flipped the switch to digital content, but even now we’re still seeing digital indie games getting belated physical releases, so the demand clearly remains strong. Of course, exclusively streaming games is still a pie-in-the-sky idea when taking broadband speeds into consideration, and as long as they’re still a barrier to universal entry, a PS5 with games on physical discs is more than a possibility.

Remember those new Xbox Avatars that were announced ages ago? They finally minced their way onto Xbox One this week, and they’re…well, they’re alright. Perhaps they’re too associated with the bygone era of Xbox 360, but I included their story this week because I, for some reason, expected them to be interesting.

They’re part of the new Xbox update that hit this week, and there’s no doubt they are much improved over their predecessor, even if their implementation seems minimal and maybe even a little pointless. I wonder what metric was used to ascertain whether their resurgence was desired on Xbox in 2018. Naturally, if you want to deck your Avatar out in the freshest threadz, then you’ll need to pay real money. Hey, real clothes aren’t free either, you bum! 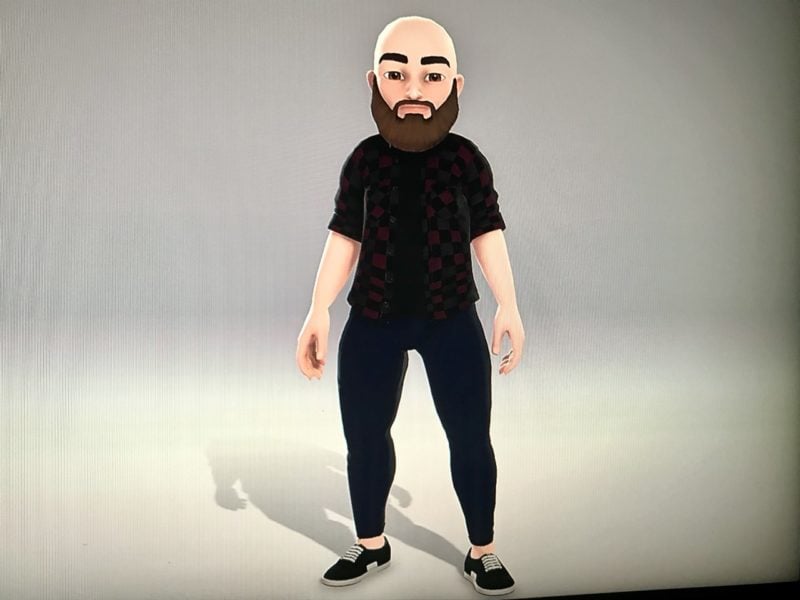 It might just be me, but the Xbox Avatar Editor crashed numerous times, and seemingly killed an Xbox Live connection that hasn’t died in years through ethernet setup. At times it failed to load all the asset previews, and occasionally just wouldn’t change the clothes to what I’d selected. There’s no preview button either – you simply pick the new item and have to equip it to see what it looks like. If you changed the color of the previous garment, you have to go back in and change it again if you revert back.

New Avatars, then; dormant and delayed into irrelevance and disappointingly underwhelming now they’re here. Several of the animations you can give your Avatar involve them looking at their shoes. One is basically an animation of someone checking the soles of their feet having stepped in dog shit. I’m not kidding. Pretty good metaphor though, eh?

Potentially less interesting than the new Xbox Avatars is the ability to change your PSN name, but it seems the Not Caring Club only has me as a member. That’s because I make considered decisions, kids. Don’t let it be said that I don’t care for the masses, so in the spirit of inclusion, ohmyfuckinggodwecanfinallychangeourPSNnames!

At the moment, the feature is only available to those that have registered for previous PS4 system software betas. The first change is free, and subsequent changes will cost $10, or $5 if you have PS+. I’m struggling to figure out why anyone without PS+ would want to change their PSN name, but incentives are what they are. 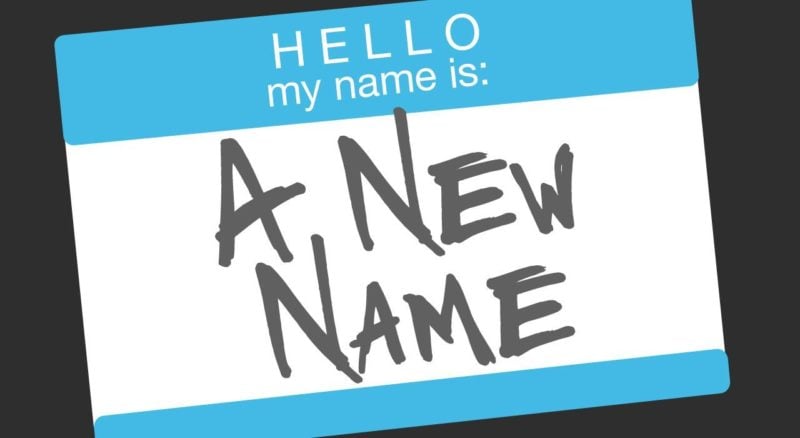 According to Gamespot, name changes will be compatible with “PS4 games released after April 1, 2018, and ‘the majority of the most-played PS4 games’ released before this date.” There may, therefore, be errors in certain games that don’t support the changes, but PlayStation will allow those affected to revert back to their old name for free. The more I type, the less appealing the whole thing sounds, but if it’s what people want, then at least they’re finally getting it – just with a whole bunch of caveats. It’s set to roll out in early 2019 to all players, so make sure you pick one you actually want to stick with this time, you fickle buggers!

Right, I’m going to go and watch a Mixer stream of Forza Horizon 4 for the next 24 hours, so I’ll see you in seven.

Assassin’s Creed: Odyssey – A Comfortably Familiar Voyage into the Unknown