This Week in Gaming News: This Doesn’t Make Us Even

There are many things in the video game world that make people angry. Luckily, they happen often enough to make a weekly news roundup a viable undertaking. In recent weeks, there have been two very specific instances that I myself have found particularly egregious. As of today, the companies responsible for those abominations have, without apologizing, taken steps to make amends and fix their missteps. God I love it when I’m vindicated.

Well, well, well, whaddyaknow? It may have taken over three months (or longer if you count the…forever before Fortnite was released on Switch), but Sony has finally caved and made the smart decision to allow cross-play on PS4. The company announced the about-turn on Tuesday with the following statement:

“Following a comprehensive evaluation process, SIE has identified a path toward supporting cross-platform features for select third party content. We recognize that PS4 players have been eagerly awaiting an update, and we appreciate the community’s continued patience as we have navigated through this issue to find a solution.”

Man, that evaluation process must have been really comprehensive but, hey, it’s finally here, and we’re now playing the waiting game (again) in terms of finding out precisely what “select third party content” will have cross-play enabled in the future. Fortnite is the only game with it enabled so far, which is the one everybody seemed to care about the most. The real question here, despite the fact that we all probably already know, is why did this take so long to happen? 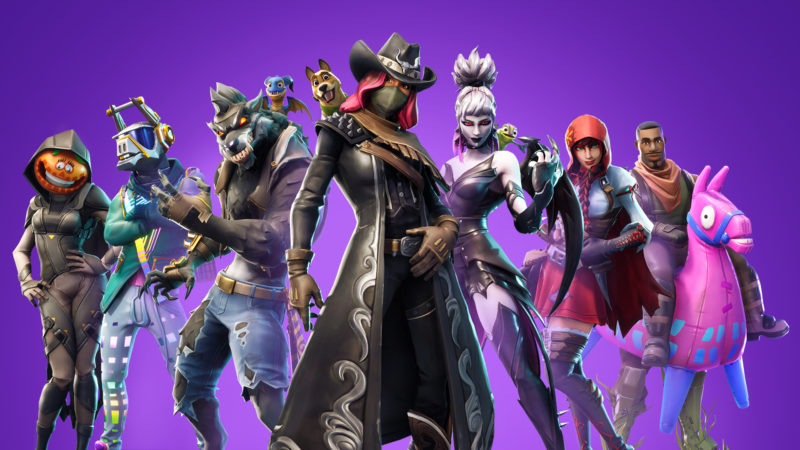 Man, this game has changed a lot since I last played it. None of these things mean anything to me.

Hmmm…I wonder what switch Epic Games accidentally flipped when they allowed cross-play for Fortnite between Xbox One and PS4 back in September last year. Sony say it can’t be done like that; Epic do it like that by accident. Seems legit. Anyway, if you want to get all your Epic accounts and consoles sorted out for cross-play, Gamespot has put up a guide on how to do it.

No PSX For You!

Anybody disappointed in Sony’s E3 conference almost exclusively revolving around just four games was probably hoping that the company was saving all the really juicy stuff for the annual PlayStation Experience conference. Tough shit, losers! There isn’t going to be one. Back to that PlayStation Blogcast episode and Shawn Layden again – he had this to say:

“Now that we have Spider-Man out the door, we’re looking down into 2019 games like Dreams and Days Gone. But we wouldn’t have enough to bring people all together in North America to have that event. We don’t want to set expectations really high and then not deliver on that.”

They don’t want to set expectations really high and not deliver? I guess Shawn hasn’t heard of the Final Fantasy VII remake, eh? This will be the first year since 2013 that PSX hasn’t happened, and perhaps it’s merely not needed after the ridiculous double record-breaking year PS4 has had. For those unaware, God of War and then Spider-Man broke sales records with 3.1 million and 3.3 million units shifted in the first three days of their respective releases. If I’d had a year like that, I’d probably be sitting at home counting my money instead of changing the subject as well.

It might be expected of me to eat some humble pie after ranting about the cloud save function of Nintendo’s online service deleting your saves as soon as your subscription ends, as this week the Big N clarified that your saves will actually remain available for 180 days. Well, I’m not very hungry and I generally stay away from self-deprecating desserts. 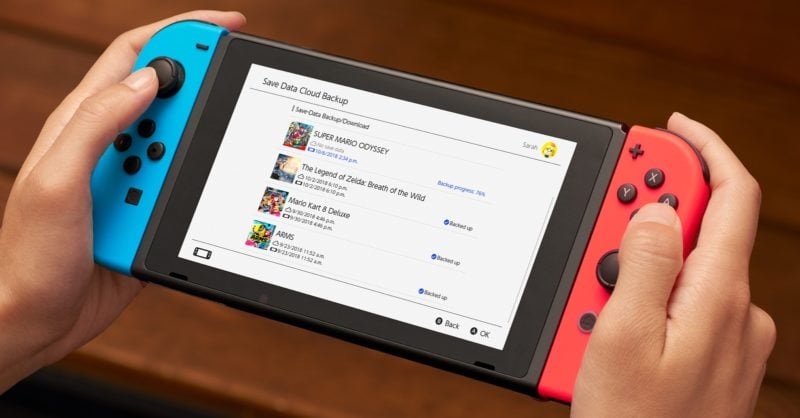 It’s better, but it’s not perfect

I feel the need to preface this segment with the reminder that I bloody love Nintendo games. They have been my favorite game developer for my entire life. But, son of a bee-sting, in terms of customer service, hardware, market awareness and PR they are an absolute clusterfuck. Yes, they have now clarified the cloud save system, but why do they continually leave pertinent details off the table until the gaming sphere complains enough for them to come clean?

Remember, previously an FAQ section on the Nintendo site stated:

“Save data stored with Save Data Cloud cannot be kept outside of the duration of your Nintendo Switch Online membership.”

Now a spokesperson has explained to IGN that:

Well, that settles that I guess. Half the games on Switch still won’t support cloud saves at all, but at least the ones that do will allow users a pretty significant grace period in between subscriptions. Next time, let’s get this important stuff laid out with the rest of the opening hand of cards, eh Nintendo?

The mess at Telltale Games isn’t getting any cleaner, as this week it was revealed the company is now facing a class action lawsuit for breaking labor laws during the process of last week’s mass layoffs ahead of the studio’s closure. According to Polygon, former employee Vernie Roberts is filing the lawsuit against Telltale after an alleged breach of the WARN Act. According to Polygon, the suit specifically refers to:

“The federal Worker Adjustment and Retraining Notification Act stipulates that most businesses with at least 100 full-time workers must notify employees 60 days in advance of any plant closings or mass layoffs.” 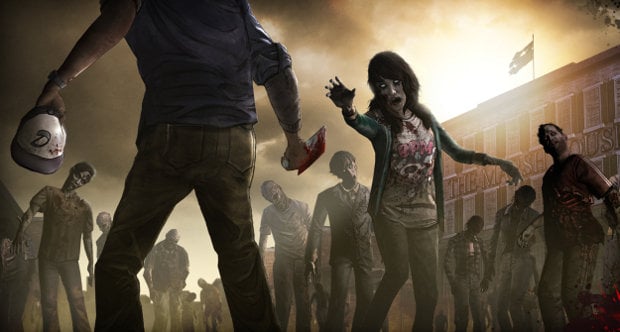 Uhhhhhh which way to the job center?

As previously reported, and now reiterated by Roberts, the total layoffs at Telltale amount to approximately 275 employees, and it doesn’t take a mathematician to calculate that 275 is a lot more than 100. It seemed like there may have been a reprieve for Telltale, as the WARN Act has an exemption from the 60-day advance in the case of “business circumstances that were not reasonably foreseeable.”

To me, Variety’s report that Telltale were seeking financial backing, and that the last possible one (believed to be Lionsgate) pulled out, suggests to me that the circumstances were pretty foreseeable, but I’m not a lawyer – I’m just an idiot. It doesn’t matter anyway, because Telltale Games are based in San Francisco, and the California counterpart to the WARN Act does not feature any such clause. Uh oh. At least we can now focus our ire at the company without having to caveat it with sympathy for the employees – because they’re gonna get theirs! Fingers crossed it all goes well and these folks can settle this horrible situation and progress their career elsewhere.

It’s time for bonus news of the strange variety! It’s been a pretty serious read this week, so like a bad cable news broadcast, I’ve got some lovely little treats at the end to send you all off with a smile.

Firstly, there’s the brilliant story that Swiss football fans, for some reason, do not like eSports. In fact, they hate it so much that they decided to interrupt the match between Young Boys and Basel. For any North Americans who think I made that up, yes, there is a real team called Young Boys and, yes, football fans have numerous innuendo-laden chants about them. Anyway, in protest of potential club-spending on an eSports team instead of, you know, footballers for the football team, the fans decided to hurl video game controllers and tennis balls onto the pitch and unfurled a banner of a pause button. Fun fact: the controllers had “fuck eSports” Tippexed on them. Classy. 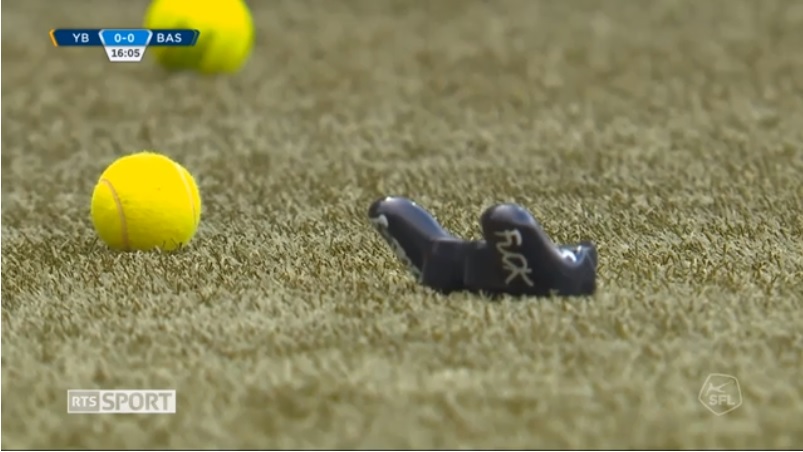 I still don’t get the tennis balls’ significance

Next up, Fortnite’s latest patch has fixed the boob jiggle physics that were “unintentionally” implemented in the Season 6 update. Twitter user FaZe Agony pointed out that one of the new avatars had some seriously jiggly juggs when performing certain emotes, and Epic has quickly moved to un-jiggle them. A spokesperson for the developer tried to clarify the issue to Gamespot by saying: “This is unintended, embarrassing, and it was careless for us to let this ship.” I’m not sure how these things can (nip) slip through the development cracks, but at least it’s been fixed now.

The most important thing in the Season 6 update pic.twitter.com/FrnzFsF1Fl

Lastly this week, I offer for your delectation some schadenfreude at the terrible attempts of non-gamers to answer questions about video games on a TV gameshow. Contestants on a recent episode of Jeopardy! were seen completely failing to answer a single question about our beloved hobby.

We’re still waiting on that Alex Trebek outfit, @FortniteGame. You can name it “Handsome Host.” pic.twitter.com/s1jkISkcd1

How many times do you see video game questions come up on a gameshow? Guaranteed if any of us went on Jeopardy! then the questions would be about advanced quantum physics or something, yet these mooks had our specialist subject come up and they completely whiffed it. To be fair to Jordan, his guesses were at least on the right lines, but when Alex Trebek is ragging on your gaming knowledge, you aren’t coming out of that burn with any credibility.

Right, I’m off to apply for 30 gameshows and I’ll see you when I’m a millionaire in seven.