Welcome, true believers of gaming news, to another week’s roundup from yours truly. If nothing else, this week in the gaming world has been further proof of the dichotomy of opinion this medium almost constantly elicits in its audience. If there’s one thing video game fans hate, it’s sitting on the fence, and that’s fine – it gives me stuff to write about, and sitting on fences fucking hurts. On the one hand, this week has given us one of the best superhero games ever made, and on the other it’s given us quite possibly the final nail in the coffin of one of gaming’s most revered shooters. There will be no middle ground, and that’s just the way I like it.

‘Battlefield V’ Beta is not Better

Go on YouTube right now, type in Battlefield V Beta, and see what you get. Granted, if there’s one place for considered and rational opinion, then YouTube is about as far away from that as possible, but reaction to this week’s open beta for the already under-fire Battlefield V has been extremely negative. A report a few weeks back revealed, somewhat questionably, that pre-orders of EA’s new World War II take on the series were down massively from previous iterations, and the angst being thrown at the beta is definitely not doing the game any favors.

Popular channels like Angry Joe and Worth a Buy are amongst those who have nothing good to say about the beta, with the heaviest criticisms labelled at its smaller maps and less tactical, CoD-like gameplay. If there was such a thing as the Battlefield Bible, then page 1 would be “don’t make this game feel anything like Call of Duty.” Oops. I played the beta, got absolutely shot to shit and decided I’d be going nowhere near it come release. Then again, I’ve never been a big Battlefield fan outside chucking loads of C4 onto a jeep, driving it at a group of lads, jumping out of the moving vehicle, and blowing the bastards to kingdom come back in Battlefield 2, but the experts seem to be unanimous – this doesn’t feel like Battlefield any more. 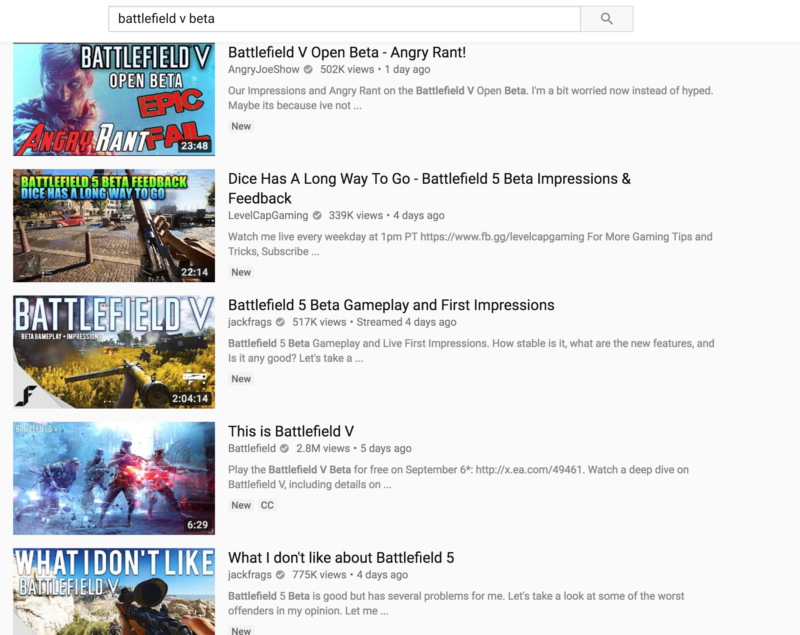 Sing it with me: nobody likes you, everybody hates you…

It seems the series has been headed down the more casual route for a few years now, and with this beta it seems EA and DICE are doubling down on that notion. Some critics have even said that the game feels like Star Wars Battlefront, right down to the upgrade system now being one of in-game credits, and we all know how people feel about that. Schadenfreude dictates that I enjoy seeing something cynical and exploitative being taken down a peg, but as a dude that just wants a proper World War II shooter on current consoles I’m left, once again, extremely disappointed.

Spider-Man Does Whatever a Batman Can

Bloody Norah. Marvel’s Spider-Man released on PS4 this week and it’s brilliant. I’ve relapsed right back into my addiction to the video game crack that is the web-swinging that first entranced me back in Spider-Man 2. Insomniac’s current effort punctuates its stellar traversal mechanics with the most refined take on the Arkham games’ combat system since…well, you know.

The game is entangling an abundance of impressive review scores in its web – currently sitting at an impressive 87 on review aggregate site Metacritic, and deservedly so. Not only is Spider-Man a beautiful and enthralling game with great mechanics and a well-told story, it also has one of the best photo modes in any game ever. 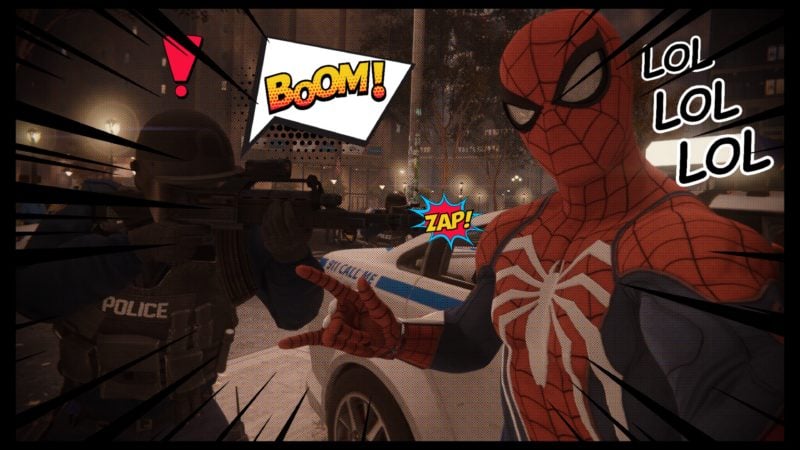 I made this just for you guys. Ok, I made it for me, but I’m sharing it with you.

We also learned that three pieces of DLC are coming under the banner of Marvel’s Spider-Man: The City That Never Sleeps, with the first episode Marvel’s Spider-Man: The Heist arriving on October 28th, and the other two episodes following in November and December. Naturally, then, this spider has a lot of legs and I genuinely wish I was still playing it right now instead of writing this column. I’ll be back soon, Pete.

In line with the way Nintendo seems to do things recently, the games not supporting cloud saves were discovered as they leaked onto the official site before any announcements were made – possibly due to the delay of this week’s scheduled Nintendo Direct in the wake of the earthquake in Hokkaido. Gameinformer scoured the website and found all the games that featured the dreaded “This game does not support Save Data Cloud backup” in their information sections. The games are Pokémon Let’s Go Eevee & Pikachu, Splatoon 2, and 3rd party titles Dark Souls Remastered, Dead Cells, FIFA 19, and NBA 2K19.

If you want all Switch games to have cloud saves, Nintendo has two words for ya

The paywall will be hitting Nintendo’s online services later this month and, as of right now, it seems to offer about as much value as a chocolate teapot. It’s clear as mud that Nintendo really need to get their act together with Nintendo Switch Online, because right now it’s a complete mess.

It wasn’t all doom and gloom for Nintendo Switch this week, as news broke that Civilization VI will come to the console on November 16th. If there’s one type of game that I really need to be on a portable system like the Switch, it’s a Civ game. I am a fan of the series, but sitting in my PC chair at a desk for hours on end doesn’t compare to chilling in bed for a late-night diplomacy session. Getting revenge on Gandhi for nuking my civilization whilst doing something similar to my toilet bowl also seems extremely appealing too.

Not included: the view of my bathroom from the toilet

Not only will we get some lovely portable Civ action on Switch, we’ll also be treated to “four playable scenarios, each with a different setting and style of gameplay inspired by history,” according to the game’s official website. The playable scenarios are Vikings pack, Poland pack, Australia pack, and the Persia and Macedon pack. The Switch version will support four-player wireless multiplayer, and you’d be a fool to ignore this title when it comes out.

One of the first stories I ever wrote about in this column was the announcement of Netflix’s live-action Witcher TV series, and we finally have our Geralt of Rivea with this week’s announcement that the disgracefully handsome Henry Cavill (of Superman fame) will don the dual swords once the show begins filming in Eastern Europe.

The man himself is apparently a massive Witcher fan, which is refreshing to hear, as DenofGeek reports he has been itching to play to role for a long time, and is quite the gamer. Well, he plays a lot of games anyway – he might be bollocks at them for all I know. Cavill apparently met showrunner Lauren Schmidt Hissrich and clearly charmed her, as she tweeted “I’ve never forgotten the passion he brought. He IS Geralt. He always has been. I’m so thrilled to welcome Henry Cavill to the Witcher family.” That’s a pretty strong endorsement right there. 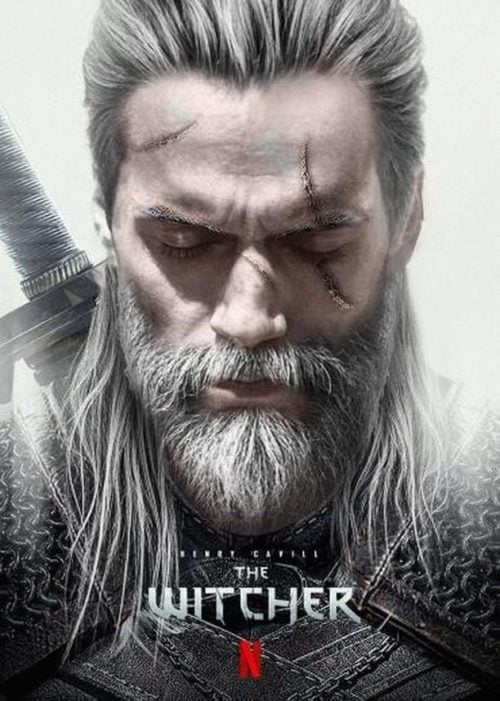 It’s a fake, but damn is it a good one

The show isn’t due to hit screens until 2020, so there’s plenty of time to wait until we see Big G slaying monsters and maidens in equal measure, but everything’s pointing to some smart decision-making so far.

I’ve put off Spider-Man long enough, so I’m away to jump back off a Manhattan building and fight crime. Then after that I’m definitely going to boot up the PS4. See you in seven.

‘Luigi’s Mansion 3’ to ‘Animal Crossing’: Everything You Need to Know About the Nintendo Direct