That’s right, folks, this week’s gaming news has largely been about games you can’t get, for one reason or another, rather than the games you can. Not only has this summer been the worst of my entire life in terms of stifling, sweltering heat (yes, even here in England), but it’s also been a pretty dull one in terms of game releases. Probably the most exciting release I’ve seen is Onrush, and that game has sold about as well as a box of used tampons. Even more annoyingly, it seems this week ticked all the boxes for stereotypical reasons you can’t obtain a video game – corporate disgruntlement and legal threats (Nintendo), stock shortages (Nintendo again, obviously), and release delays on certain platforms. Strap in, it’s going to be a fun one!

‘Octopath’ is Very Much on its Travels

Huh, well ain’t that some shit. Japan has a high demand for Japanese Role Playing Games. Seriously, check out the name – it has the word ‘Japanese’ in it. It’s almost like it’d be super obvious that the Japanese market might be all over a game like, I dunno, Octopath Traveler like miso soup on ramen, but you try telling that to the merchandising guys at Square Enix, the dozy buggers.

The game is hotter than 1990s Ichiro Suzuki right now in good ol’ Nippon, selling through 90% of its initial shipment with 110,000 copies sold in three days according to dengekionline. It shouldn’t really be a surprise to many that a Japanese company has underestimated demand for one of its products, especially when Nintendo is involved – it’s basically par for a very shitty and bare course. 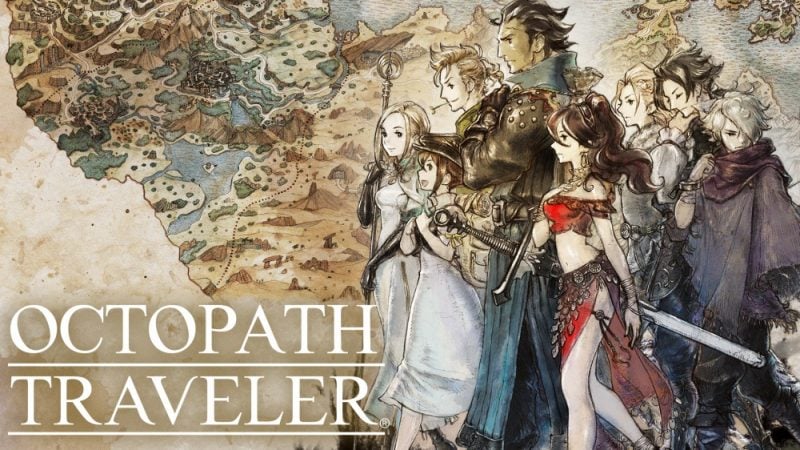 Square Enix should be feeling on top of the world now they’ve got a massively in-demand title on their hands, but it’s consumers whose hands it should be on…or in. Because they genuinely can’t get the damn thing into said consumers’ hands, they released a public apology on Twitter. I may be learning Japanese, but I’m nowhere near good enough to translate. The Google Translate version comes across as very sweet, as you’d expect from Japan. It basically says that they’re sorry, but don’t expect they’ll be able to meet demand in a timely fashion, so they “hope you will be able to consider the download version if you do not mind.” Awww, go on, get out of here you scamp; of course we don’t mind.

While Nintendo struggle to giveth with one hand, they very much taketh away with the other. This week, that infamous miserly hand of justice came crashing down on the poor bastard who runs the websites LoveROMS and LoveRETRO, as Nintendo is pursuing some incredibly brutal legal action. According to GoNintendo, the company is seeking damages to the sum of “$150,000 for every Nintendo title in their library and $2,000,000 for every infringed copyright.” Yikes.

Part of their statement on the matter was as follows:

“Through the LoveROMs and LoveRETRO websites, Defendants reproduce, distribute, publicly perform and display a staggering number of unauthorized copies of Nintendo’s video games, all without Nintendo’s permission.”

From what I’ve gleaned when researching this, the main beef seems to be because the sites were making some profit, and because some of the games could actually be played on the site in your browser. Now, ROMs and emulators are not new to the industry – not even a little bit. This type of activity has been around for decades at this point, and it’s a little strange that Nintendo are only now clamping down. The company has been the party pooper on a number of similar occasions, and it’s definitely worrying to note that Nintendo’s statement also included the phrase “publicly perform,” which we all know means ‘stream on Twitch’. 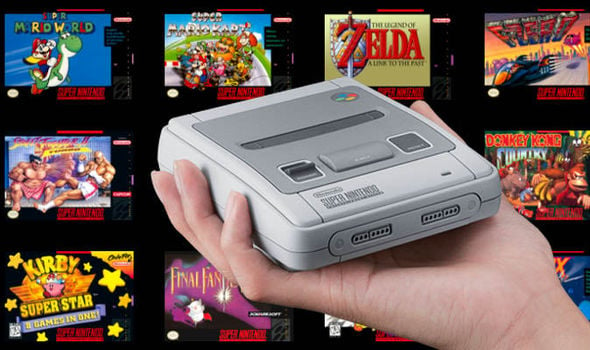 This whole thing could be much less of a problem if Nintendo actually had a viable way for its fans to legally get hold of their back catalog. It seems Nintendo have pricked up their ears to the general disillusion surrounding the shortages of their recent NES and SNES Classic Mini consoles, where empty-handed gamers were loudly touting their choice to just steal that shit if Nintendo are unable to take their money for it. There are already so many successful models of streamable libraries for various forms of media, and if Nintendo were a little more savvy they’d be looking at this route rather than the upcoming handful of duff NES titles your Nintendo Online subscription will unlock.

As reported last week, No Man’s Sky has become closer than ever to the initial version smugly touted by ‘The Bullshitter’s Bullshitter’ Sean Murray back in 2016, thanks to the recent NEXT update adding in a whole host of new features that drastically alter the game. Unless you buy the game on GOG, that is. While the GOG version will feature some of the updated single-player features, multiplayer is not coming until a very vague “later in the year.”

Hello Games have tried to mitigate the reason for this lack of parity with the following statement, taken from Eurogamer:

“For a small, independent studio, developing the feature across multiple platforms is a hugely ambitious and technical challenge which resulted in this delayed release. Hello Games is however joining forces with GOG.COM to introduce full multiplayer via the GOG Galaxy platform. We appreciate your immense support and patience.” 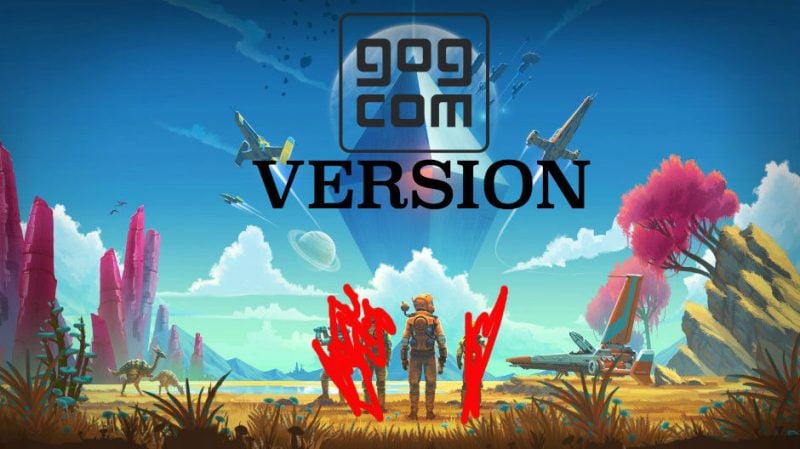 My word, immense patience is right! Now, you can look at that statement and probably feel a little sympathy for Hello Games, as this is much less egregious than the pack of lies they pooped out prior to the original release. In keeping with the company’s tip-top, A-grade marketing style, however, the revelation that the GOG version has no multiplayer was posted to the GOG forum at midnight UK time on the day of the NEXT update’s release. Nice and timely, then!

There’s another chapter to this whole episode, and that is on the subject of refunds. Hello Games, because they’re promising the content will arrive later, are not going to give anybody a refund. Because of course they’re not. GOG, however, living up to the first G in its acronym, are the good guys in all of this and are refunding customers “entirely at GOG’s own cost.” They further added that “while we have limited control over games and content updates, we want you to have the best and risk-free experience possible when you buy a game on GOG.COM.” That, my friends, is some seriously good PR for GOG, and another little dent in the already damaged reputation of Hello Games.

Scarlett in the Cloud with Diamonds

By now, most of you will have heard rumours about Scarlett – Microsoft’s next Xbox console. What you may not have heard are the rumours that surfaced this week about the possibility of Microsoft preparing a cheaper version that will eschew discs and digital downloads to be a pure streaming games machine. Basically, a box with a WiFi adapter, some controller ports and very little else. 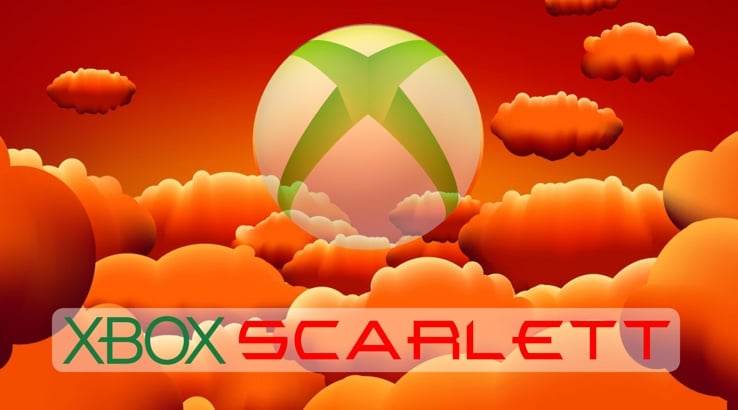 This all-knowing Microsoft guru added that the Scarlett Cloud device is in a more advanced state than the full Scarlett console. I’d say that’s pretty obvious as it’d be the streaming service that needs the most work anyway, as is clearly evidenced by the fact that Crackdown 3 – the game with the multiplayer that integrates Microsoft Cloud for its multiplayer destruction mechanics – has been delayed 3472 times since it was announced. Clearly, that shit ain’t ready. If Sams is to be believed, Microsoft have plenty of time to get the service ready, as he believes the console will release in 2020.

It’s official, folks; Bandai Namco has announced that Taiko no Tatsujin is coming to the west. Rejoice! Anybody who’s visited a Japanese arcade and smashed the granny out of a giant taiko drum with big wooden sticks (not a euphemism) will know how much fun the rhythm games are. The games are hugely popular in Japan and have been around since 2001, but have never officially been released in Europe, and only once in the US.

The wait is finally over, as PS4 and Switch owners will each be able to get their own bespoke version of the game when Taiko no Tatsujin: Drum Session and Drum Fun! release on the PS4 and Switch respectively on November 2nd. This is of particular relief to me, mainly because I feel vindicated for baulking at the £180 price tag to buy the Japanese PS4 version a few months back. 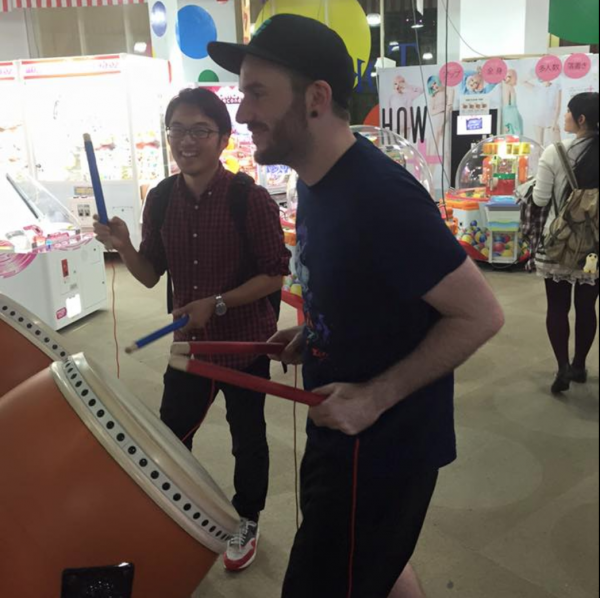 A younger, thinner, less-bald version of me playing the real thing

The big sticking point here is what the content of the games will be. Switch players can replicate the drum controls by using Joy Cons, which sounds shite. It’s basically air drumming while holding colored plastic. No thanks – I want to hit something. However, the Japanese Switch version did release a tiny drum peripheral, which is what ramped up that £180 price tag I mentioned earlier. The version also contains 20 mini-games, plus local multiplayer support for up to four Switch consoles at once.

The PS4 release is basically the big boy version, and features an online Ranked Mode. All of this means two things: firstly, that I’m going to have to buy two versions of this fucking thing. I mean I HAVE to. Secondly, and more concerning, we have to play the waiting game with regards to the musical content of the games. Seriously, if they replace my Kyary Pamyu Pamyu with Justin Bieber or some similar horse shit, I won’t need the sticks or Joy Cons any more, I’ll be smashing that drum with my fucking face, and then my fucking fists, and then my fucking car.

No, but seriously, this game is awesome. Roll on November, and roll on next week, when I’ll be with you once more.
Share
Tweet
Reddit
Share
Email
Pocket
Pin
Share
Flip
Related Topics:Gaming newsNewsNintendoNintendo Switchno man's skyOctopath Travelertaiko no tatsujinXbox Scarlett
Up Next

This Week in Gaming News: ‘Spider-Man’ Gets More Exciting, ‘No Man’s Sky’ Gets Less Terrible