This Week in Gaming News: ‘Spider-Man’ Gets More Exciting, ‘No Man’s Sky’ Gets Less Terrible

Here’s a thing: my girlfriend has the best WiFi speed I’ve ever experienced. She’s not a gamer, she doesn’t have a PC and she doesn’t even watch stupid shit on her mobile phone. Sometimes, my friends, there is just no sense to this world – but at least when I write this article in her flat, I get to do it using absolutely gorgeous broadband speeds, and she sometimes even makes me a latte while I’m doing it. If speedy WiFi and effort-free caffeine aren’t reasons to be in a relationship, then maybe I’m missing the point of relationships.

Spidey’s Not the Only One Tingling

Well thrust out your hand and cover me in sticky web, am I excited for this one! Remember all that Batman Arkham fatigue we all had when its tanky latest entry stumbled onto PS4 (and fell flat onto PC) a few years ago? Well, turns out all you need to do to remove that is basically make the same game and stick Spider-Man in it. Facetiousness aside, I’ve actually upgraded to first class seats on the hype train for this one.

Sony released a brilliant story trailer for Marvel’s Spider-Man this week. It had everything a story trailer should: tension and suspense, brief looks at all the characters, Easter eggs (possible shot of Kingpin in there methinks), humour, and a reserved attempt to avoid spoilers. In short, it’s brilliant and I have extremely high hopes for this one. That’s coming from someone who’s more of a fan of Spider-Man 2 on the GameCube than I am of actual Spider-Man, as I don’t even know who Silver Sable is. Don’t even care.

On top of the new trailer, Sony also unveiled one of the best and slickest console special editions I’ve ever seen, with its red Spider-Man PS4 Pro that will launch alongside the game. Hey, maybe they’ll even go back to using that Spider-Man font they lazily nicked for the original PS3 – there’s no better time to bring that out of the wilderness, right?

Loneliness and isolation are a pretty well-travelled staple in video games. Sci-fi games like the Metroid series practically hang their visor on that sense of hopelessness. The thing is, that loneliness and isolation, in real life, are actually pretty shit, so if you build a game that operates on that feeling for its entirety without ever giving the player a chance to overcome it and regain control then, well, you’ve basically made No Man’s Sky – a boring and pointless waste of everyone’s time.

Now that all the lying and overhyped marketing is in the past (hopefully), Hello Games have started reeling back the shit-eating grin of Sean Murray and are going about their business in a much more respectable way – slowly dragging the game towards what it probably should have been all along. A new trailer this week introduces No Man’s Sky NEXT – a multiplayer-centric update that will release on Tuesday.

Hello Games have boasted that the new mode will allow players to team up in a small group and engage in activities like planetary exploration, building, space combat, racing, and more. Random players will now also show up in your game world for you to interact with. By interact with I mean murder, obviously. One thing that became very apparent to me – as a non-player of the vanilla game – is that it looks decidedly less ugly than it did at launch. I mean, it actually looks quite pretty now, and that’s apparently thanks to a new terrain generation system which, according to Eurogamer, significantly improves rock and ground textures, water, clouds, foliage and lighting.

No Man’s Sky NEXT also sees the game finally release on Xbox One, meaning that it will likely end up with one of the biggest platform disparities Metacritic has ever seen. It begs the question, obviously, of why Hello Games felt it better to release the game in the state it did in 2016 to a reaction so negative that it questioned whether everything that had been promised about the game had been a lie all along. Had the game come out as it appears now, we could have been talking about one of the generation’s highlights. Publishers – stop rushing games to market, yeah?

Well fuck cancer with a rusty pole, Overwatch has actually gone and released some completely philanthropic and greed-free DLC. Dudes and dudettes, I think this might be the end of video games.

Back in May, Evil Corporate Overlords Blizzard released a “Pink Mercy” skin that was available as a direct $14.99 purchase, with 100% of proceeds going to the Breast Cancer Research Foundation. This week, they announced that the special skin had raised $12.7 million – the largest donation by a corporate partner in the 25-year history of the Breast Cancer Research Foundation. Take a ruddy bow, folks.

Gamesradar reports that in addition to money raised via sales of the “Pink Mercy” skin and “Pink Mercy” t-shirts, the Overwatch community donated an additional $103,000 across 14 Overwatch charity Twitch streams. It’s doubtless that video games can provide an escape and solitude for those suffering from illness – both mental and physical – and if engaging in those games can actually go towards helping to cure future illnesses at the same time, then this needs to happen on a much more regular scale.

Talk about giving with one hand and taking with…well, the same hand. Microsoft gave upcoming Gamescom attendees – myself included – a raging semi this week when they announced they would be bringing “All-new Xbox hardware” to the event, only to completely backtrack on that after everyone got way too excited. Nothing like putting out your own fire with piss, am I right?

Microsoft changed their wording from an exciting “all-new Xbox hardware and accessories” to a disappointing “new Xbox bundles and accessories” in less than 24 hours. Eurogamer speculates that the most likely outcome of this is the debut of the new Xbox Elite 2 controller that, well, isn’t really that exciting at all. 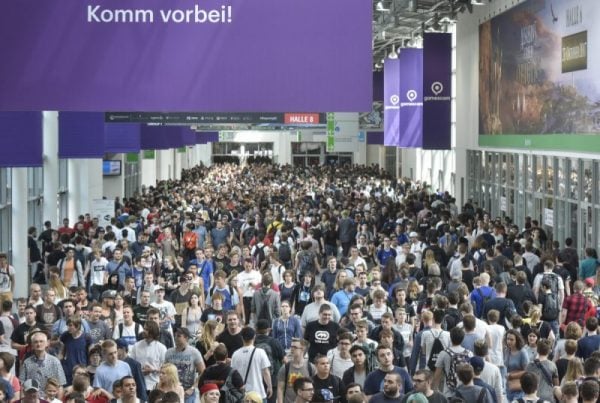 Still, Gamescom should have more news on upcoming Xbox titles like Ori and the Will of Wisps, Crackdown 3 (unless that game is completely dead at this point) and maybe even Gears of War 5, so make sure you check out Goomba Stomp’s (aka my) coverage of the event when it starts in Cologne, Germany on August 21st.

I’m sure you’ve all seen this already, but if you haven’t then you need to take 15 minutes out of your day and watch Nathan Fillion absolutely nail the character we all thought was based on him in the first place. Director Allan Ungar unveiled a fantastic live-action Uncharted fan film this week with Fillion heading up the role of his namesake Nathan Drake – and he hits it out of the effin’ park.

The film is pure Uncharted – full of quips, cigars in Sully’s mouth, convoluted revelations of what stuff on old paper means, and even a shootout that apes the third-person camera of the game itself. It’s an unadulterated homage in its purest and most joyous form. It surely puts quite a bit of pressure on the upcoming official Uncharted movie which is set to star current Spider-Man Tom Holland in the role as a young Nathan Drake. I’m sure that won’t be shit – Uncharted is basically a movie turned into a video game anyway – so it must be very difficult to mess up, especially if they manage to make good on the rumour of Bryan Cranston playing Sully.

There’s little else to say about this fan film. Just watch and enjoy, and I’ll see you in seven.

Fantasia 2018: ‘The Nightshifter’ is a Promising but Inconsistent Debut