O gaming news, gaming news, wherefore art thou gaming news? Is anybody else bored of how many times battle royale games like Fortnite seem to keep themselves in the news? They just won’t bugger off, will they? That’s the real beauty of being in charge of the news that makes its way into this article though – I get to choose what’s important and you get to like it or lump it. Let’s face it, if you’re the kind of person who cares that much about the sky in Fortnite, you’re probably playing Fortnite right now instead of reading this. Who am I even talking to?

True story: I was at a spa with the Mrs this weekend and, after noticing my tattoo, the masseuse asked me if I was a gamer and, subsequently, if I play Fortnite. You can’t even avoid that shit when a middle-aged woman is pouring hot oil on your back and pushing knots out of your shoulders – hell, maybe her mention of it is what tensed me up in the first place. Anyway, there’s none of that noise in here, so let’s talk about loot boxes instead. Oh…bollocks.

Well done, France. Nice one. The French online gambling authority ARJEL had video game loot boxes fall under their mandate this week, and they found that loot boxes do not constitute a form of gambling. Disagreeing with regulatory bodies from Netherlands and Belgium, the French have declared that loot boxes are not gambling, because, according to Gamespot, “the items do not have real-world value.” I’m assuming the French play their video games in a fantasy realm of wizards and warlocks because, to me, if I go to work at my shitty job to earn money to spend on loot boxes, then those items I receive from said loot boxes sure as shit have value in the real world.

Assuming this ruling is implying that the items can only be used in-game, that still flies in the face of the various third-party sellers scumming up the world. Oh, you bet they thought of that though, because “as long as the developer does not participate in the sale and does its diligence in prohibiting resale, it cannot be held legally responsible for it as a gambling platform.” 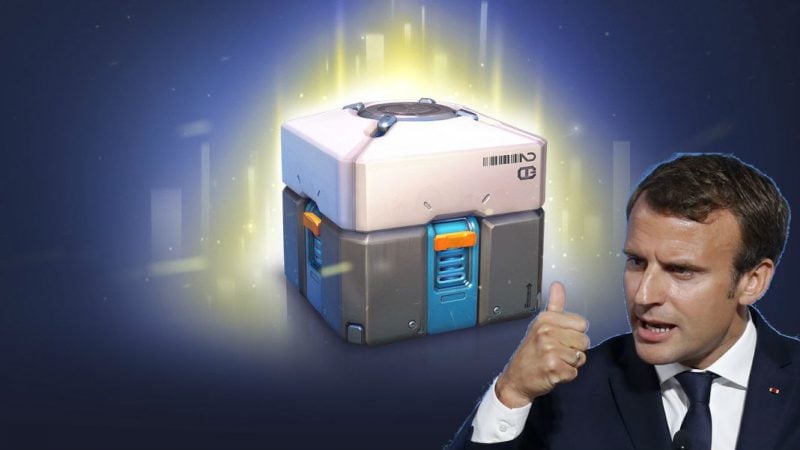 Apparently, ARJEL does acknowledge the problems with the real money being exchanged for chance elements and the risks it could pose to younger players. It also noted that “the justification that loot boxes always contain an item does not dispel the risk,” which would do a lot more to satiate my cynicism on their opinion if they actually did something about it. Chiefly, loot boxes are shit, right? They are exploitative and offer absolutely nothing to gamers other than the scratching of an addictive itch to manufacture a false sense of replayability.

Obviously, adults are free to waste their money on whatever they want and should be accountable for their own actions if they can’t see through the façade of “player choice” that’s peddled to them by greedy game publishers, but won’t somebody please think of the children?! We’ll see what comes of the government authority’s note in a recent report that “Europe should come to a consensus on how to treat loot boxes,” but I’m not holding out much hope. It seems disgruntled gamers will likely have more influence over this matter than governments, so keep on calling out loot boxes for the plague they are and we might just get somewhere.

Speaking of being frivolous, there are some new Amiibo on the horizon for us all to fight over. The Official Japanese Nintendo site this week announced that the new and returning additions to the game’s roster will receive the Toys-to-life treatment to complement Super Smash Bros. Ultimate. It’s not really all that surprising, as Reggie Fils-Aime has recently stated that Nintendo are still very much all in with Amiibo, but that doesn’t stop me getting that addict’s twitch upon hearing the official word that they’re definitely happening.

The announcement on the site featured pictures of two of the new Amiibo, with the unexciting Splatoon Inkling and the incredibly exciting Ridley on display for us all to drool over. I mean, just look at Ridley – he looks ruddy magnificent. Also confirmed were Pichu and Ice Climbers, so we’ll all have to wait a little bit longer to see what the Amiibo for Solid Snake is going to look like (he’s definitely going to get one, mark my words). 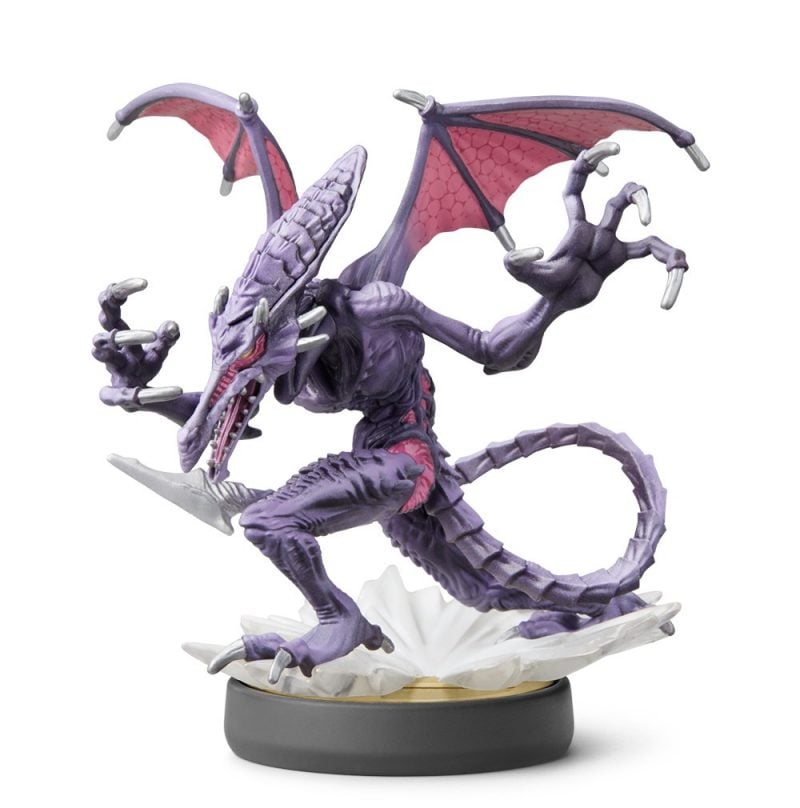 Perhaps more pertinent than the question of which characters will get Amiibo for the new game is whether Nintendo will actually bloody well make enough of the sodding things. Historical Amiibo releases have been an absolute embarrassment for the Big N, and how Nintendo reacts to customer demand here could be crucial for the future of Amiibo. I actually think we’re past the stage of giving Nintendo the benefit of the doubt – especially after the NES and SNES Classic Mini debacles – but there’s something about being a Nintendo fan that always spurs on that hope that surely this time they won’t fuck it up.

Perhaps that heading is a little facetious, because 60 million dollarydoos is, obviously, a pretty hefty chunk o’ change, but if there’s one thing the gaming community is good for, then it’s comparing sales figures for the sake of denouncing one game in support of another. True to form, then, mynintendonews reports that Super Mario Run has now surpassed $60 million in revenue after almost two years on the market, but contrast that with Fire Emblem Heroes’ $300 million in its first year, and it could almost turn this news story into a negative.

Of course, the business models are very different and this, I assume as much as hope, will surely see Nintendo abandon the frankly ludicrous notion of the $10 mobile game in favour of further pursuing the “free-to-play + microstransaction” model of Fire Emblem and Pokémon Go. Not only is that model clearly more lucrative (Pokémon was making $4 million a day at one point), but far less controversial than that of Mario Run’s. There was very audible dissent from Nintendo fans when it became evident upon the game’s release that it would carry a rather hefty entrance fee – one which is arguably not met by the subsequent content said entrance fee grants access to. 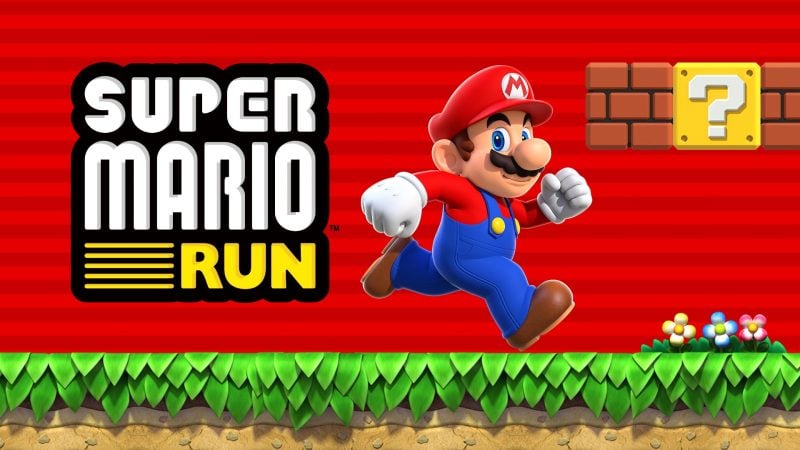 I don’t think I like this game very much, but my nephew loves it so I can’t delete it from my phone. I now mainly use it as a distraction from the deletion of Pokémon Go and just hope he never notices.

If you contrast Mario Run with something like Rayman Adventures, it smells even more of hubris that Nintendo felt they could charge such a large fee – one higher than a huge chunk of indie games on every current home console – for such a small amount of game. Rayman Adventures is bigger and nearly endless in its incentive for replayability, whereas Mario Run is over in a relatively short amount of time. It’s clear that Nintendo thought very highly of their mascot, mechanics, and the game itself – perhaps too much. I will reiterate that, objectively, $60 million is still an impressive feat, but it technically means that only 6 million players paid for the full game. From an install base of 700 million on iPhone alone, you can probably do your own math on that one.

There Will Be Vampires This Halloween

*Spoilers for Season 1 of Netflix’s Castlevania Below*

Netflix has a pretty sizeable claim to boast one of the greatest video game adaptations of all time. Hyperbole aside, 2017’s animated Castlevania series was a brilliant and faithful animated show that was met with near-universal acclaim. With an 8/10 on IMDb and 86% fresh on Rotten Tomatoes, it’s clear that fans of the Konami game series were very much impressed with its super violent and distinctly adult cartoon offshoot. 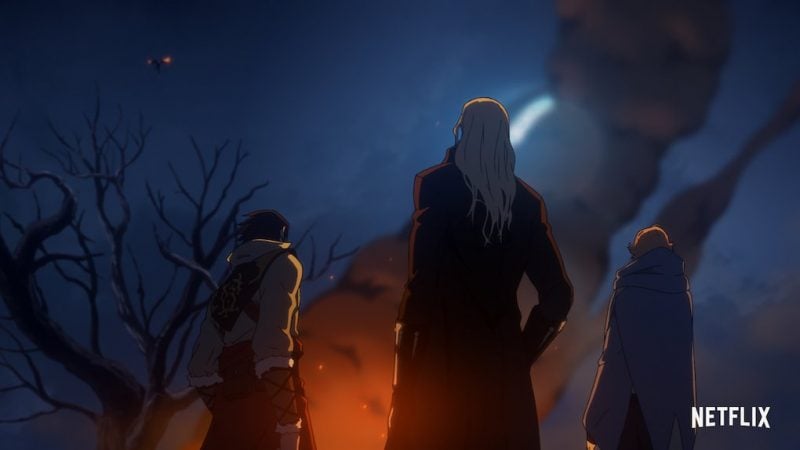 The only problem with the first season of Castlevania was that it only had four half-hour episodes – effectively making it a standard-length movie. Fear not, or perhaps fear so, because Netflix’s See What’s Next Twitter account this week revealed that Trevor Belmont and his new pal Alucard will be back to attempt to take down Dracula on October 27th. There will be eight episodes to sink your vampire teeth into this time around, and Belmont voice actor Richard Armitage told Digital Spy last month that the third season is already being recorded. 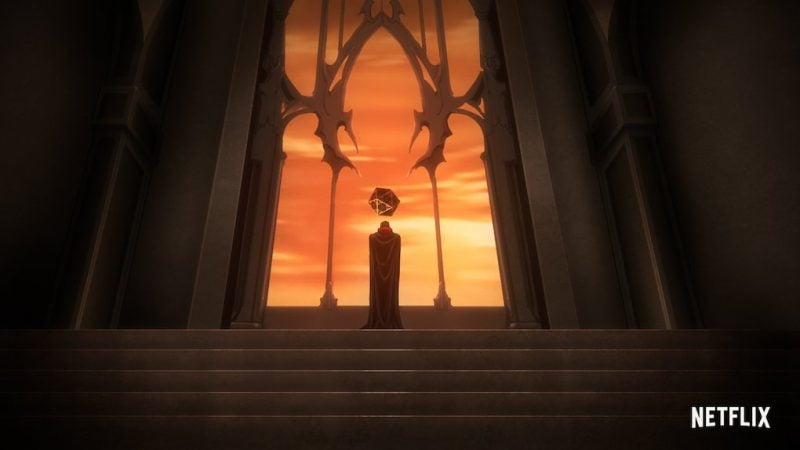 The images don’t really give much away, but that’s not all that important. The first season set this one up very nicely and it’s again being written by Warren Ellis – the man who worked on the project since it was first pitched to him in 2007 and all through its many development twists and turns. The waiting time between season 1 and 2 has obviously been nowhere near as hefty, and we don’t have long to wait for more sweary, bloody, sexy vampire-slayin’ action.

This warms my heart while simultaneously raising its rate of beating. I am a huge Resi fan, with Resident Evil 2 being among my favourite games of all time. Since Capcom revealed it was working on a remake back in 2015, nothing had been shown of the game at all. E3 2018 was reveal time and its heart-pounding trailer blew a lot of people away. Actually, it blew the most people away, as this week it won the E3 2018 Games Critics Award for Best of Show.

Beating Super Smash Bros. Ultimate, Marvel’s Spider-Man, Sekiro: Shadows Die Twice and Anthem, Resident Evil 2 scooped the award as well as nominations for Best Console Game and Best Action/Adventure Game. Needless to say, I cannot wait for it to release in January, and it’s already blown away my expectations. A fan-craved remake could easily have taken more of a back seat in the wake of the success, and expected continuation, of the formula established in Resident Evil 7, but Capcom seem all in on it. 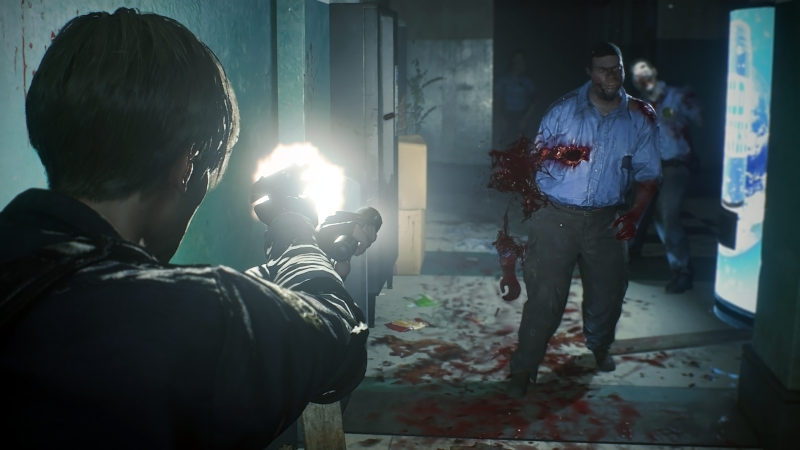 We’ll finish off with the full winners list of the Game Critics Best of E3 2018 Awards and I’ll see you in seven.