I’m baaaack! I’m sure, were E3 not taking up the collective consciousness of every serious gamer on the planet, that you’d have really missed not reading this article last week, but Goomba Stomp absolutely smashed its E3 coverage, so I’m certain you were all more than catered for. I wholeheartedly recommend you read John Cal McCormick’s ranking of the E3 pressers, because it’s as informative as it is absolutely hilarious. With E3 over for another year, the news has been trickling in a little slowly in its immediate aftermath, but there are still plenty of tasty morsels for your consumption below. Let’s tuck in, shall we?

I couldn’t give less of a tiny rat scrotum (and I’ve been saving them up for something that deserves it) about Minecraft. For me, it has that Harry Potter element to it; I’m 32 years-old and I’m way too lazy to invest any serious time in it, so I’ll just avoid the whole thing and deride it whenever it comes up in conversation. Minecraft is shite. So is Harry Potter. See?

What isn’t shite about Minecraft is its advertising campaign for cross-play between the Switch and Xbox One versions, that does some deliciously passive aggressive jabbing at Sony’s all-round cross-play shithousery. Nintendo of America joined in on Twitter with a response to Microsoft’s request for some Fortnite cross-play last week, with a reciprocal Minecraft cross-play invitation. This kind of corporate shenanigans – although produced and funded by big, evil bastards who probably pay someone to wipe their arse – is the exact kind of thing that gives me a snarky stiffy. The final step is Reggie punching Kaz Hirai in the dick at next year’s E3.

The dick punches are a whole lot more deliberate from good ol’ Joe Public on basically everything Sony tweets right now. They can’t even move for all the Twitter salt they’re getting. GamesRadar collated a whole bunch of tweets that were all under the hashtags #BlameSony and #NotForThePlayers and it’s getting a little ridiculous now, even if it is for the greater good. It can’t be denied that recent fan backlash has worked – just look at the Battlefront 2 loot box situation for proof of that – and, given that we’re talking about Sony deliberately infecting users’ Epic accounts to prevent them ever being used on other platforms to play the world’s biggest game, it will surely yield some sort of positive response soon. 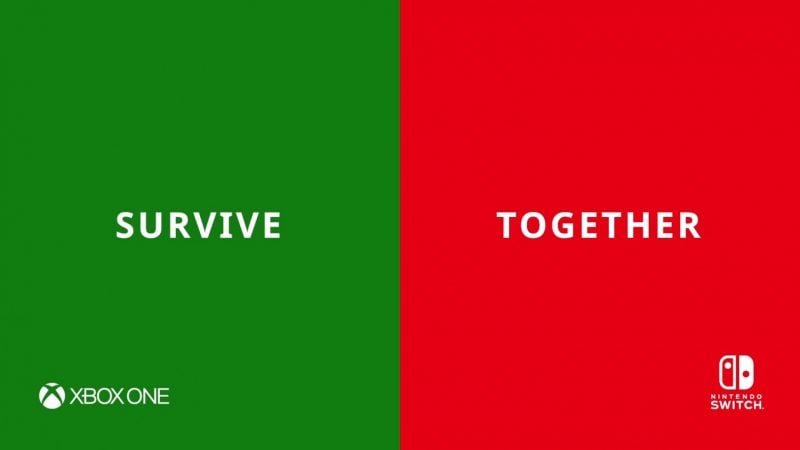 Sony’s current response to all this, however, isn’t anywhere close to positive. As per an interview with the BBC, the official line is currently: “With… more than 80 million monthly active users on PlayStation Network, we’ve built a huge community of gamers who can play together on Fortnite and all online titles. We also offer Fortnite cross-play support with PC, Mac, iOS, and Android devices, expanding the opportunity for Fortnite fans on PS4 to play with even more gamers on other platforms.” Suppose you might as well keep up that Twitter salt a little longer then, folks.

Reggie Fils-Aime Has Ears That Can Hear

It’s everyone’s favourite exec line again! While I’m glad that all these rich, corporate gentlemen fully believe in the ergonomic stability of their collective cochlea to receive sound vibrations from fans, it sure would be nice if their stereocilia could convert those vibrations into nerve impulses and take them up to their brains to be interpreted into thoughts that give us the games we want. Yeah, you just learned about ears. Every day’s a school day.

Nintendo of America President Reggie Fils-Aime spoke to IGN at E3 and addressed a lot of the fan questions regarding where in the blue hell Mother 3, Animal Crossing, the core Pokémon RPG and Metroid Prime 4 were. While we all know the latter three will be arriving on Switch at some point, Mother 3 remains a bafflingly age-old saga of Nintendo indifference in response to fan outcry. 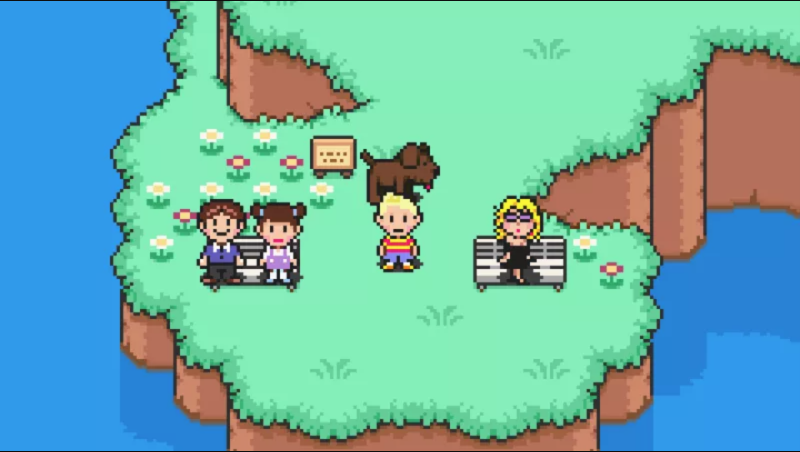 This is seriously what all the fuss is about.

In case you’re not aware, the GBA title Mother 3 is the final entry in the HAL Laboratory RPG series, and is the sequel to Mother 2, which is known as Earthbound in the west. The title has never been released on anything outside of Japan, although it was re-released on the Japanese Wii U Virtual Console in 2015, which probably hurts even more. It’s safe to say people want it. Hell, some schmucks are even writing a book about wanting it. The big question is, what did Reggie have to say to IGN about it?

“It’s interesting. I show up at the Belasco [theater, for the Smash Bros. Invitational] and one fan is saying ‘Hi, Reggie!’ and another is saying ‘where’s Mother 3?’

Again, we know, I know there’s a fan base for that title. All I could say is we’re aware. It’s something that we always think about in terms of where there are opportunities to reintroduce IP to fans, to do it in a way that builds new fans, we’re certainly aware. No promises, no commitments one way or the other, but we’re aware.” 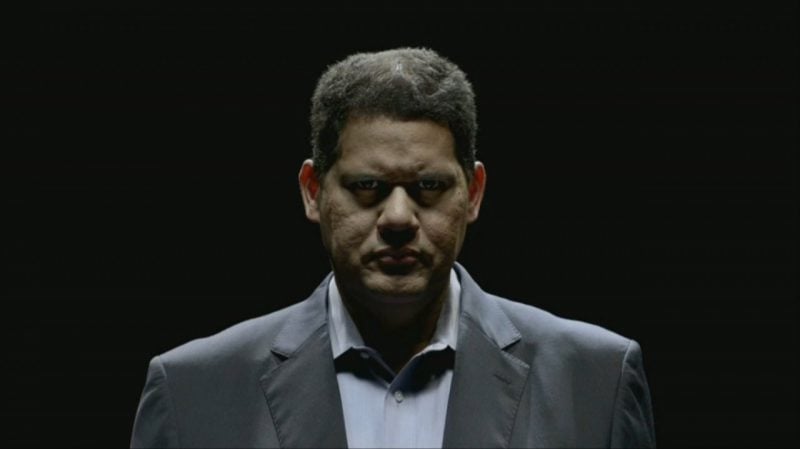 “What did you say about my mother?!”

He’s aware, ok?! Leave him alone! In fairness to Nintendo, when they say they’re aware, they mostly pull through in the end – Metroid Prime 4 and core Pokémon coming to Switch are the most recent indicators of that. Mother 3 really doesn’t seem like much of a stretch at this point, but this is, of course, the folly of caring so much about the creations of other people; we are completely at their mercy regarding what we get, and when we get it. Just hang in there, yeah?

Shmups Will Soon be (Comfortably) Playable on Switch

Remember when I was getting all squishy about Ikaruga and Gunbird 2 coming to Switch? Well, they’re already here, and I think they’re both ruddy lovely games (I also bought Gunbird 1 and Strikers 1945 because I went overboard), with one pretty big caveat: the best way to play them in handheld mode is to flip the display vertically. Sounds like no big deal, right? Wrong, you stupid idiot; quit making such stupid assumptions.

Playing the Switch vertically in handheld mode is basically impossible. So far I’ve given myself a crick in my neck while balancing it on my thighs and staring downwards at it, and I’ve had to lean it against a pint glass full of water so I could play some co-op with a friend at work. Neither of these methods are good. At all. Fear not though, because Kickstarter exists! 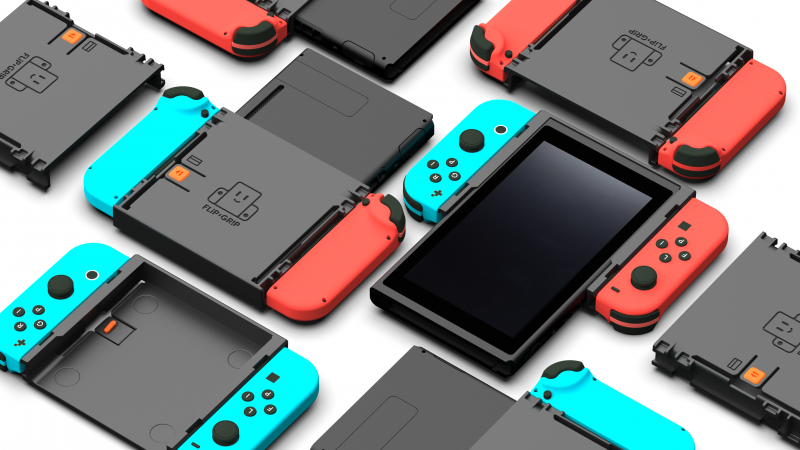 It’s like they took this right from my brain. Except they took it from their brain.

Fangamer has already designed, Kickstarted, and successfully funded the Flip Grip – an ingenious peripheral that allows you to comfortably and portably play the Switch in vertical mode. The pictures really are pretty self-explanatory, but it’s also important to note that the device doesn’t build an airtight seal around the console, so fan ventilation is still assured, and you won’t be able to plug the Switch in to charge, so overheating is not an issue (but running out of battery is).

The Kickstarter has already been funded with over two weeks to go, and the pricing is incredibly reasonable. It’s only $12 for one Flip Grip, which in my merry land of Blighty is less than a tenner. Spot on, old chap. You’ve got until July 9th to stick in your order for one, so off you go!

The Valkyria Chronicles games are hugely under-appreciated, but the fourth instalment could potentially see the series gain some real fandom. The first game in military-based tactical RPG series was released ten years ago on the PS3, and its two sequels probably slipped right under most folks’ radar, as they were only released on the PS Vita. The latest entry, however, is going multi-platform and will release on PS4, Xbox One, Switch and PC. 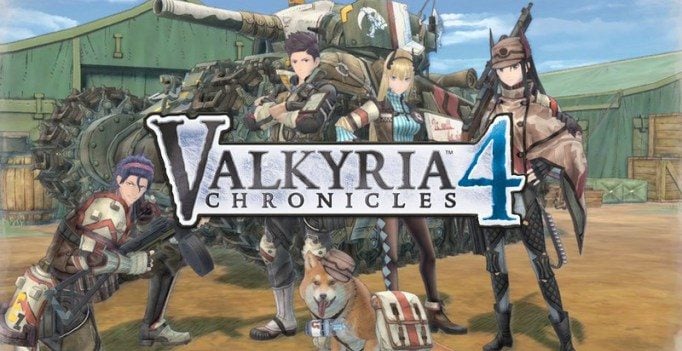 We also don’t have that long to wait, as Sega announced a few days ago that the game will release on September 25th this year. If you were smart and savvy, you’d have picked up the original’s PS4 remaster when it was available for buttons and pocket lint in a recent Humble Bundle, but if not it’s available on PSN for $20, and is well worth investing in before the new game launches.

Nintendo fans really have no excuse not to love the game, as it’s basically a mix of Advance Wars and Battalion Wars, with the story-telling of a Fire Emblem game thrown in for good measure. As well as a release date, we also got a new trailer for the Switch game this week, so feast your peepers on that and get excited.

Criterion Founders Are Suffering from Burnout

We all know EA doesn’t give a left bollock about Burnout or, indeed, you. Screw them, then, because Alex Ward and Fiona Sperry – founders of Criterion and the creators of Burnout – are here to fix that little issue under their new studio Three Fields Entertainment. The studio announced this week that they’re bringing two spiritual Burnout successors to the masses in the forms of Danger Zone 2, due out next month, and Dangerous Driving, coming this winter.

The original Danger Zone was very highly rated when it released back in May 2017, and the sequel is “a significant step up from the first game with lots more driving including drifting and boosting, a variety of objectives, brand new vehicles and even more spectacular crashes,” according to a quote from Sperry to Eurogamer. Screenshots of the game have been released, featuring the UK’s M1 motorway and the road outside LAX Airport. Awesome. 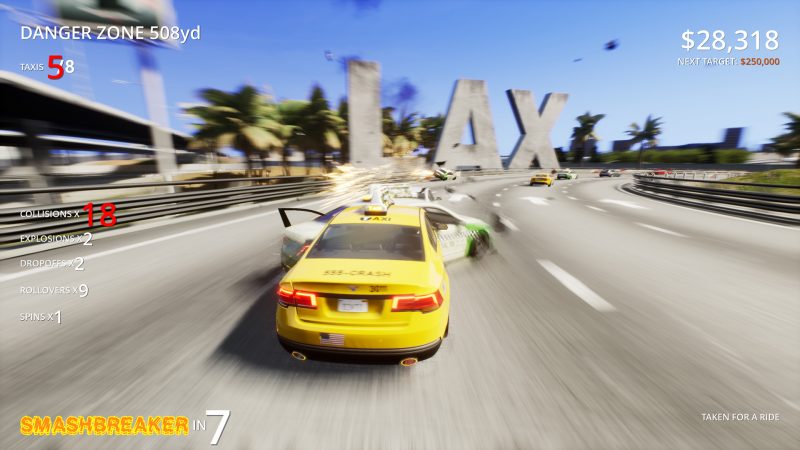 Be assured, this is from the game and not an actual image of an LA cab driver.

Dangerous Driving is a competitive racing game, that reportedly features boosts, takedowns, and massive car crashes. According to Ward, “Dangerous Driving gets me back to making arcade racing, the kind of software I am most passionate about.” I, for one, am also passionate about arcade racing, so I can’t wait for both of these games to hit PC, PS4 and Xbox One later this year.

The People of Goomba Stomp: What Games Would We Make?