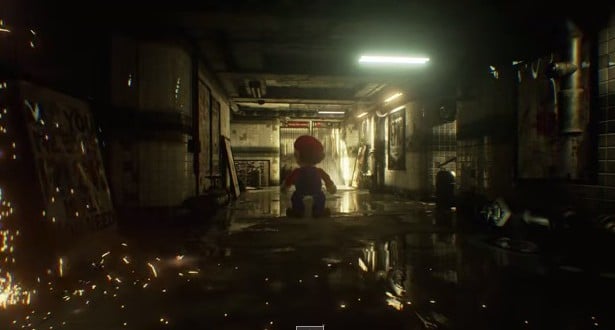 Super Mario Bros. is celebrating its 30 year anniversary in September with the release of Super Mario Maker, a robust level editor with the option to download and play levels created by members of the online WiiU community. That’s right; now everyone will have the tools necessary to create their very own Super Mario stages. And if you aren’t interested in building your own levels, the game will also include 100 pre-made courses on the disc. But even without the upcoming release, die-hard fans have been creating mod projects for the over two decades. In fact, one single developer recently spent three years making his mod, which included 128 new levels, a new overworld map, new bosses, new power-ups, new music, new visuals, and a lot more. And while many of these fan-made mods are fairly impressive, they pale in comparison to Aryok Pineral’s project in which he used the powerful Unreal Engine 4 to create his vision of what he thinks the future of Super Mario Bros. games should look like. And the results are stunning; and I do mean stunning. Nintendo should seriously hire this guy to work on one of their upcoming projects.

In his Youtube channel, Pineral states that “all the environment assets were taken from the Unreal marketplace, all the character actions were scripted using blueprints only, all animations were re-created from scratch as well as the PBR ready textures”. Watch the high-def video below in all its 60fps glory, and below that, you can watch the ‘making of’ video.
–

The Impossible Science Behind the ‘Ocarina of Time’