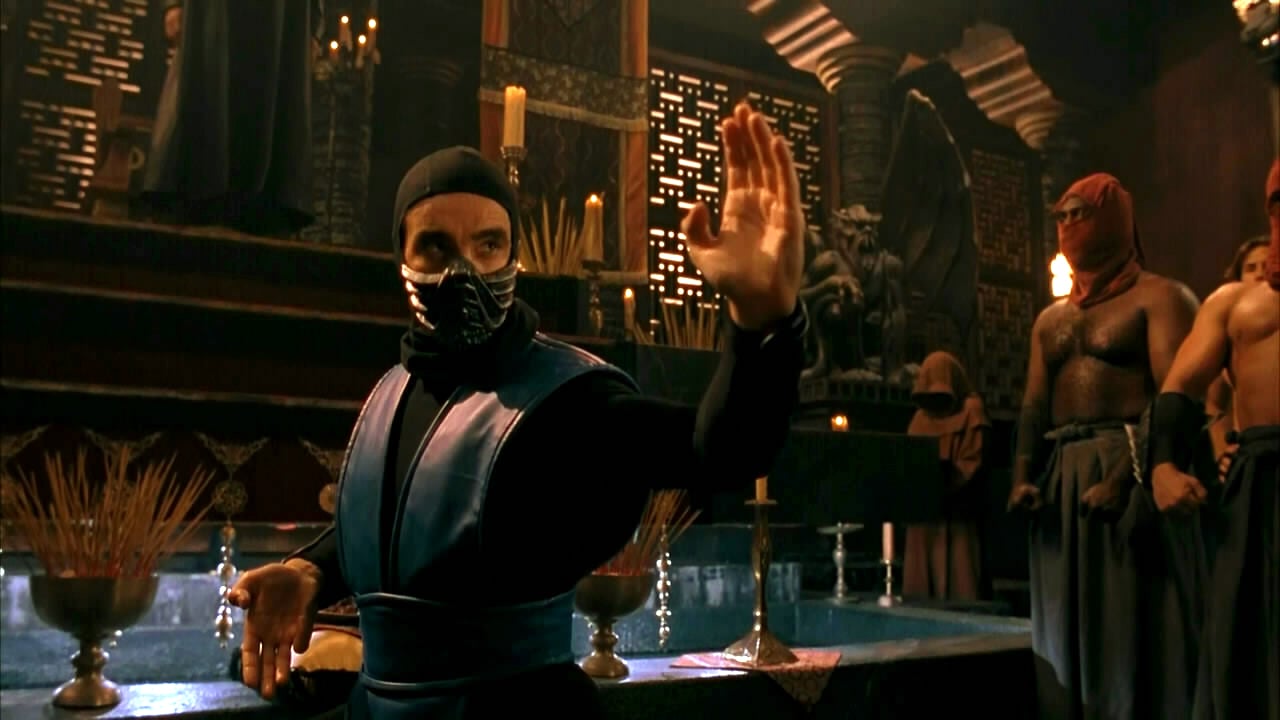 After Street Fighter laid the groundwork for the fighting game, Mortal Kombat hit the scene, setting a high-water mark for realistic digitized graphics and pushing boundaries with its high levels of bloody violence, including, most notably, its Fatalities. It sparked so much controversy for its depiction of extreme violence and gore that it led to the creation of the ESRB (the video game rating system). The release of Mortal Kombat for home consoles by Acclaim Entertainment was one of the largest video game launches of all time, with a $10 million marketing campaign that dubbed the date “Mortal Monday.” No surprise, then, that a game this controversial and popular would pique the interest of money-hungry Hollywood executives looking to cash in. Mortal Kombat (the movie) enjoyed a 3-week run at the top of the US box office, earning over $122 million worldwide. In addition to toys, a soundtrack, and other top-selling merch, the movie was a giant hit.

Working from a script by Kevin Droney, director Paul W.S. Anderson would be making his sophomore feature and the first of several video game adaptations of his career. Anderson, often cited as a Vulgar Auteur (an idiom coined by Andrew Tracy and later made popular by Calum Marsh), has directed eleven feature films over the last twenty-five-plus years—and not one of them has received wide critical acclaim. But of all his films, Mortal Kombat might just be the one he’s remembered most for.

The premise of the film is greatly influenced by Enter the Dragon – albeit with a supernatural twist and a spiritual quest for self-knowledge. The film opens by introducing three main characters as selected by the Lightning God Raiden to take part in the titular tournament. Sonya Blade (Bridgette Wilson) is a Special Forces officer seeking out the mercenary Kano (Trevor Goddard). Liu Kang (Robin Shou) is an ex-monk who wants to avenge his brother’s death. And Johnny Cage (Linden Ashby) is a Hollywood actor who wants to prove he can actually fight. They board a ship and travel to an island to compete in the Shaolin Tournament. If the Outworld wins ten rounds in a row, they can enter the Realm of Earth. The Emperor’s sorcerer, Shang Tsung, has led his forces to nine straight victories, and with warriors like Scorpion, Sub Zero, and Goro, the future of Earth looks grim.

Taken for what it is — an action movie based on a popular video game — Mortal Kombat isn’t as bad as critics say it is. Sure, there’s wooden dialogue, a silly script, and stilted acting, but twenty-five-plus years after its initial release, Anderson’s film has aged well thanks to its striking visuals, including a number of strong CGI sequences and a terrific fight between Scorpion and Johnny Cage that serves as the movie’s highlight.

Admittedly, not much happens here except for battle after battle, but the set-pieces are staged with vigor and spirit. The problem isn’t in Anderson’s direction–it’s in the cast. Longtime character actor Linden Ashby doesn’t have the charisma to portray playboy warrior Johnny Cage as a movie star, and Bridgette Wilson is completely miscast and incapable of playing the hard-boiled kung-fu expert. For a movie that revolves around a fighting tournament, Mortal Kombat suffers from having only one cast member (up-and-coming action film star Robin Shou) who is professionally trained in martial arts. As a result, we are forced to watch Linden Ashby and Bridgette Wilson try their best to keep up with the choreographed action fight sequences.

The development of the game was originally based on an idea that Ed Boon and John Tobias had of making a video game starring Jean-Claude Van Damme, but as that idea fell through, a fantasy-themed fighting game was created instead. The development of the movie began with the idea that they would either cast Brandon Lee or Van Damme to star, only Van Damme turned down the role for Street Fighter, and Brandon Lee was sadly killed during the filming of The Crow. Had either of these two men been cast in the film, Mortal Kombat could have gone down as one of the better martial arts films of the ’90s.

Much of Mortal Kombat is indeed laughable, but that only adds to the enjoyment. Most of the actors shoot for the moon, but none more so than Christopher Lambert, bringing every ounce of camp he can and whispering every line with a strange accent. Much more interesting are the villains—particularly the gigantic four-armed Shokan Prince Goro, who looks like a distant cousin to Ray Harryhausen’s classic stop-motion monsters from the ’50s and ’60s. Goro looks great, even to this day, thanks to the blend of animatronics and CGI.

Unlike its video game predecessor, Mortal Kombat can’t be accused of ramping up the violence. The producers toned down the original R-rated script and settled for a PG-13 rating in order to ensure they cashed in at the box office. Nevertheless, the movie does faithfully recreate most of the look and style of the video game itself, which makes it more satisfactory than other video-game-to-movie adaptations, such as the disappointing Street Fighter. Along with a hit soundtrack (it went platinum in less than two weeks), impressive special effects (for the time), sweeping panoramas, exotic locales, and a cast of colourful baddies, it’s no wonder why many consider this to be one of the best cinematic adaptations of a video game. For all its flaws, Mortal Kombat is actually a ton of fun—no small feat, considering the original source material. Even Siskel and Ebert liked it!