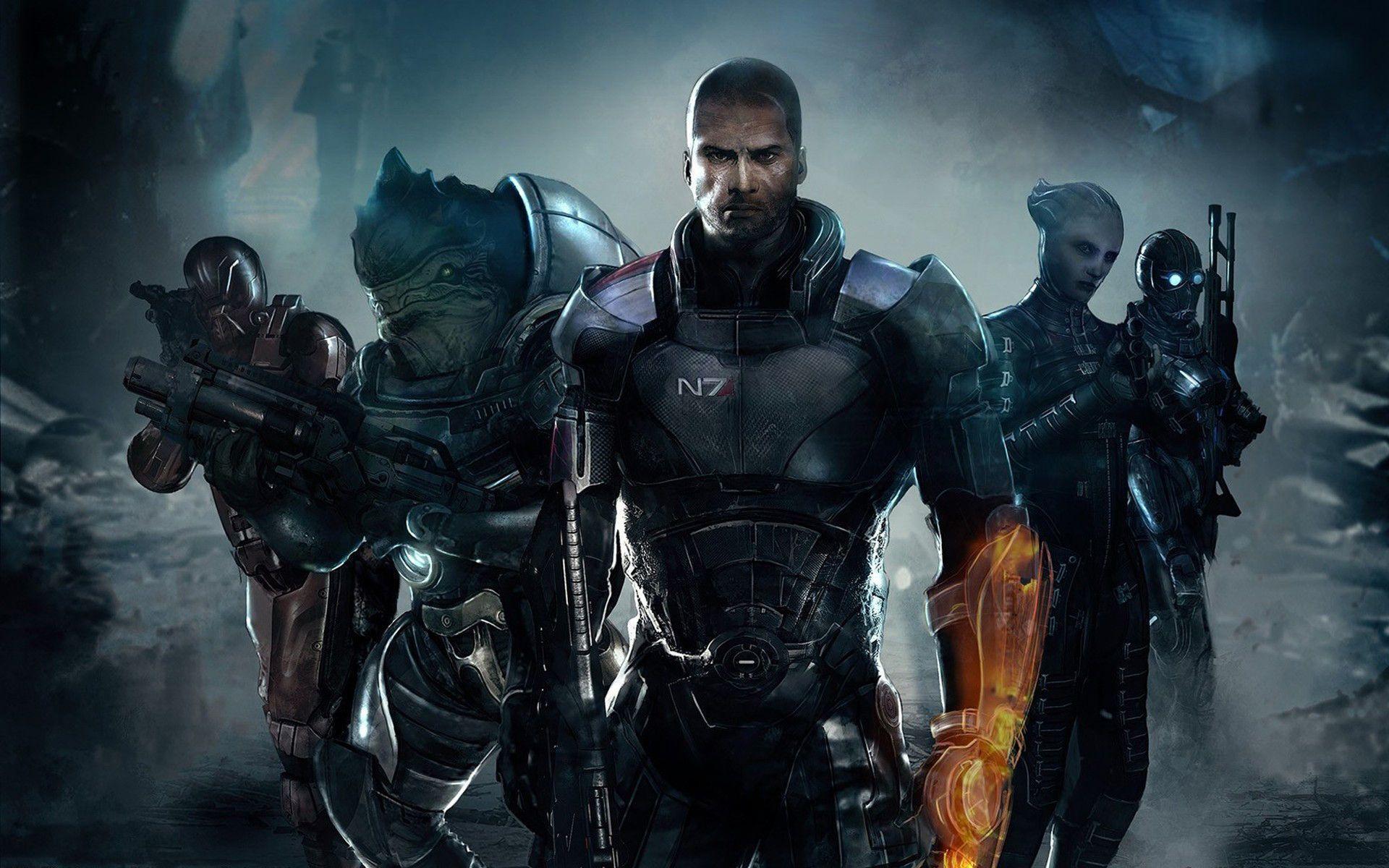 If you think that it’s an uncanny coincidence that the alien races in the epic sci-fi game series Mass Effect all somehow manage to speak English, then you would be mistaken. Kind of. If you pay attention during the game, there are a few references to the universal translators that everybody across the galaxy seems to have that allow them to understand each other’s languages. There are huge questions that arise with this explanation. We never see these translators so are they in everyone’s ears? What about the races that don’t have ears? Are they implanted? If so, who implants them? How is it that every single living entity has one?? Surely there would be someone without one??  Do Reapers have universal translators?? Why would Reapers have them????  So many unanswered questions. It’s likely that this was a quick and easy explanation for everyone in the galaxy being able to understand each other and honestly, that works for me. It may leave me questions but it’s one of those plot points that makes everything so much more complicated if you think about it too much.

So, universal translators. They are a thing in the Mass Effect world. However, that does mean that the aliens have actual voices and languages that we don’t hear in game and Bioware- the developers of the series- were actually planning on putting some of these languages into the first game way back in 2007. These  voice lines were dug up by Lyricsaboutcats’ on Tumblr last year but YouTuber MrHulthen recently made a video about the recordings which I found whilst browsing the web. According to Lyricsaboutcats’s Tumblr blog, the lines are ambient alien languages that were intended to be used as background noise- also called “walla”- for crowded areas such as The Citadel. These went unused but Lyricsaboutcats’s and fellow Tumblr user sciencefictionismyjam note that you can actually still hear the Turian language in Mass Effect 1 near the stairs in the club Flux on The Citadel. I will post the link to the Tumblr post here as well as MrHulthen’s video below.

The voices are a bit disillusioning when you realise that this is how the characters actually sound whilst you’re playing the game, particularly the Turian one which makes a romance with Garrus feel way more uncomfortable in hindsight. The Asari voice isn’t that noteworthy. It just sounds like a stereotypical, sexy alien lady language. I really like the Salarian language though. It kind of gives me robot vibes which matches their logical and somewhat clinical species perfectly. The Krogan voice is as to be expected. Rough and tough with a bit of snarling thrown in. The Volus voice doesn’t actually sound that different. It’s a little bit deeper and reminds me of the Elcor alien in the game (whose real voice we don’t get an audio line of unfortunately). It’s the Turian one that is the weirdest, very much sounding like a Vorcha. Vorcha’s are another alien race from the game with a very screechy and menacing tone. Nothing like Brandon Keener’s (Garrus’s voice actor) dulcet tones. I’m just going to pretend I never heard this. These are a cool discovery though and it makes me long for an in game mission that involved the translators in some way. Perhaps a fault that makes everyone unintelligible and you have to figure out what’s going on and what the hell any of your crew is saying? Or a mission where your own translator breaks and you get to hear what you sound like to the other races. That would have been awesome. Make a note of it for Mass Effect 4 Bioware.

Make sure to check out MrHulthens video as well as the original Tumblr post from Lyricsaboutcats.