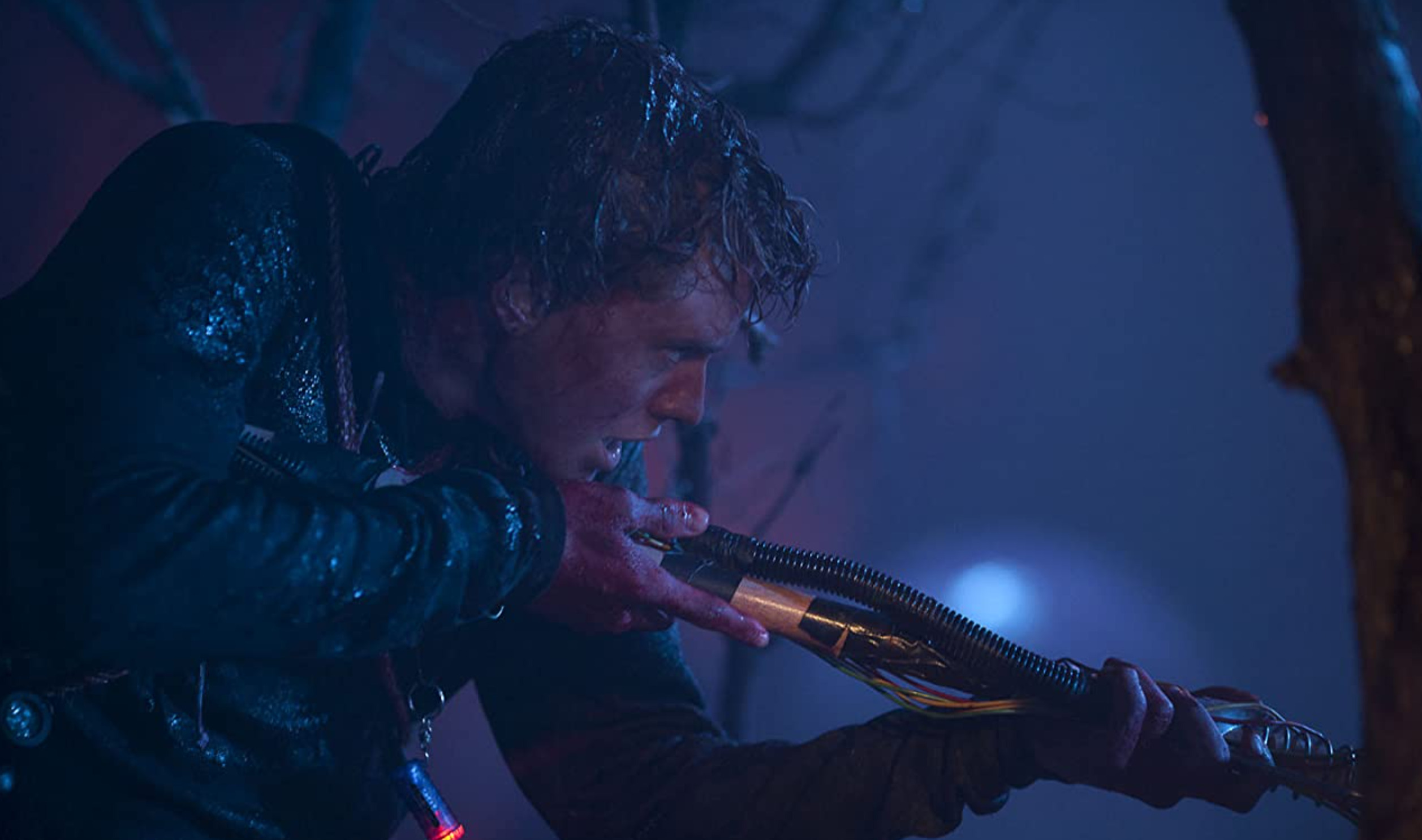 31 Days of Horror: Under the Bed

They do not seem to make films involving kid-related content like they used to. The common complaint about kids films in the early 21st century is that they cater to the lowest common denominator. Such a qualm can be aimed at films whose primary audience are youth, as well as for pictures featuring children as the protagonists that can be enjoyed by everyone. That is, in essence, the key: making a movie that all can enjoy. American director Steven C. Miller, a great admirer of kids films from the 80s which moulded him as a child (as he revealed during a Q&A session at the Fantasia Film Festival), tries to bring back some of the attitude far more prominent in the films of yesteryear than is the case with the contemporary landscape with Under the Bed.

Under the Bed is, at its heart, the story of two brothers, Neal (Jonny Weston) and Paulie (Gattlin Griffith) whose bond is stronger than most will ever know or understand. Neal, the elder brother, is in his mid-teens whereas Paulie is but around 11 or 12, yet rather than bicker and perpetuate any rivalry, each cares deeply for the other, yet their connection is the cause of something far greater, far more nefarious than mere brotherly love. Some years ago, when their mother was still alive and all was swell in life, ‘something’ came out of the dark in their rooms, causing emotional, physical and psychological turmoil until Neal eventually thought it best to burn down the house entirely, ridding them of their living nightmare…although their mother perished too. Now, after spending some time with his aunt down in Florida, Neal is coming home to live with his estranged father (Peter Holden) and the latter’s new woman (Musetta Vander). Their father would like nothing more than to have a new, healthy life, something both Neal and Paulie clamour for as well. The truth of the matter is that their lives are still under the oppressive force of the creature that lives under the bed, keeping the brothers awake at night, fearful of its terrifying growls and vile intentions. Something is going to give.

Under the Bed Sends Old School Shivers Down Our Spines

Director Steven C. Miller and screenwriter Eric Stolze have together concocted, with a remarkably stingy budget and frightening short shooting schedule, a film that should hit a nerve for anybody who takes a liking to stories of this ilk, wherein kids and teens get into trouble despite their best efforts, the parents not fully understanding what the issue is until it is nearly too late, with of course a strong dose of paranormal activity that no science could ever hope to explain in satisfactory terms. The filmmakers dive headstrong into said territory with unabashed glee yet careful, mature storytelling capacities, resulting in a film that will thrill when appropriate just as it puts an equal amount of spotlight time on the all-important emotional beats of the story, the focus being the relationship between Neal and Paulie. It is a case where the overarching plot is familiar, but given the prowess and skill with which it is handled, the quality of the journey absolutely trumps any risks of boredom that might arise from correctly guessing what comes next. In fact, lest it be overlooked, the script even throws in a few surprises to keep the audience on its toes.

Among those surprises is the willingness to demonstrate, in quite explicit manner, the peril the children and their loved ones are in. The more Neal and Paulie dispense effort in thwarting the enemy’s plan to overcome them, the angrier and more lethal the danger becomes. Under the Bed does eventually reveal what lies beneath, smartly choosing not to make it too explicit all the while providing a clear enough indication of what the protagonist duo are faced with. While some of the creature’s movements and strategies to catch its prey are questionable (at one point, even though the audience never sees it happen, it appears as though the beast just walked from one house to the neighbours, right on their front lawns…), most of what transpires looks very good, right down to the surprise location where Neal and Paulie must venture in order to finally, at long last, defeat their living nightmare. Kudos to the production design team for creating a lot with what surely was very little. Miller opted to shoot his project with a widescreen lens, with gives the world of the movie a much grander scope than is to be expected from such small movies. The actual digital projection in the room displayed a few too many flaws, but that was no fault of the filmmakers.

Whatever praise can be showered on Steven C. Miller’s affection for some old-school filmmaking techniques, the performances of the two leads, Jonny Weston and Gattlin Griffith, deserve just as much attention. Not only are the individual performances wonderfully charming and complex enough to make their respective characters feel three-dimensional, but their interactions are also terrific, making it a case where the sum is even better than its parts (and the parts are excellent in of themselves). One can easily assume that the two are in fact brothers. It is rare for such natural affection and charm to emerge out of young actors, which makes the example of Under the Bed even more impressive given that there are two of them! The film need not even spend too much time on the family drama to set up the complicated dynamics. It still does offer a handful of scenes to establish who is who and where everybody stands, emotionally at least, in relation to anybody else, although the wonderful rapport between Weston and Griffith is already strong enough to inform their roles and the audience. Not all the performances are top-notch, however, nor is the writing as strong for some of the secondary roles. Musetta Vander, while not given quite enough to do as the mindful stepmother, is solid, yet her adult co-star, Peter Holden, even though he holds his own in the quieter moments, gives in to exaggeration whenever the father figure is required to lose patience. It feels like an imitation of what an angry father would look and sound like, a depiction one finds only in the movies. There is an attempt at a love interest for Neal, a girl next door who goes by the name of Cara (Kelcie Stranahan). It never amounts to anything at all, and in some cases is even a distraction.

Under the Bed is a fun, charming horror ride that should please genre fans who enjoy their films with maybe a bit more heart. It also stays true to certain genre conventions by not shying away from showing rather intense, graphic violence. The film is so much fun that its few flaws, and there are a couple, become negligible. Just remember to keep the lights on when you go to bed tonight.