Picking on Mario Tennis Aces seems kind of unfair. It feels like saying Charles Barkley isn’t an all-time great NBA player because he failed to win a championship: short-sighted and failing to consider all of the factors involved in the end result. It feels wrong to be criticizing a game that is so mechanically sound for flaws that have nothing to do with gameplay, but everything to do with the game design surrounding that gameplay.

However, my disappointments with Mario Tennis Aces go far beyond a lack of critically-acclaimed game design; after all, the Mario sports games aren’t exactly considered Nintendo’s greatest achievements in landmark game design. No, Mario Tennis Aces’ flaws are more nuanced than that and they deserve a deeper dive into their shortcomings.

No Reason to Play

Games like Blizzard’s Overwatch and Epic Games’ Fortnite: Battle Royale are able to succeed because they give the player an incentive to keep on playing. Overwatch has competitive play, loot boxes to unlock, and a diverse and interesting metagame that is constantly changing. Fortnite has a plethora of skins, excellent social integration, and overwhelming popularity to keep players engaged. Even Nintendo’s own Super Smash Bros. series has a collection of trophies, characters, stages, and other goodies to unlock in order to motivate players to play the game more. 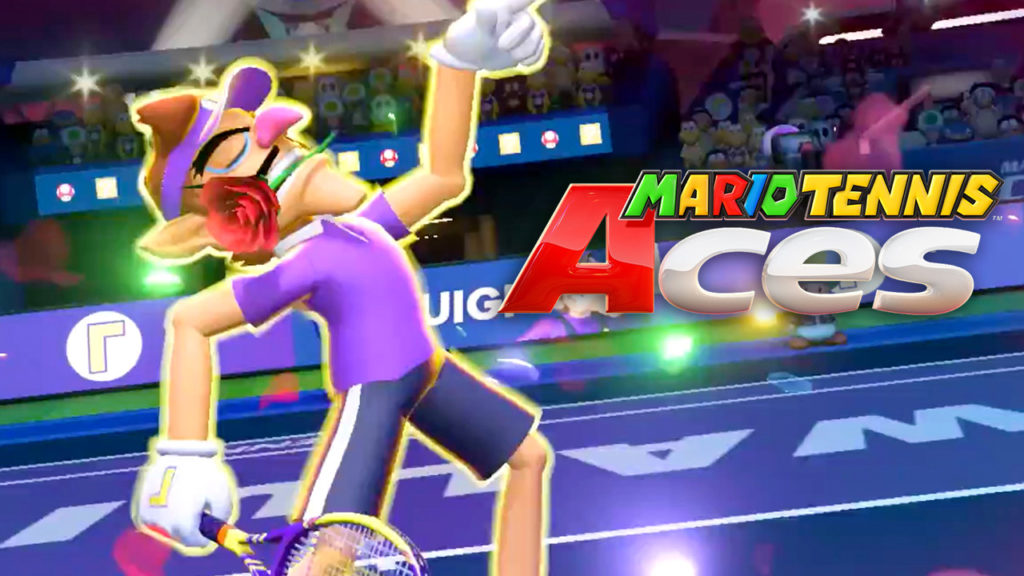 Mario Tennis Aces has none of this. Excluding the characters that are unlocked by playing in online tournaments, there isn’t anything of value that the player gains from actually playing the game. No alternative costumes (besides the test tournament exclusive for Mario), no leveling system for progression, and, most of all, no real incentive for players to keep playing the game.

With some games, this sense of progression can be ignored simply because the base game is so much fun and the player’s sense of progression comes from getting better at the game. However, Ace’s matches, while fun, aren’t long or varied enough to stay fun after dozens of hours. Indeed, even the best matches, played in the midst of an online tournament, are too short to feel fair, watering down the game’s overall strategy.

Adding a story mode to Aces was a smart move by Nintendo and something that seemed destined to succeed. However, at times, the story mode feels like nothing more than a glorified, hastily-assembled tutorial that is often more infuriating (looking at you, Mirror Room) than it is fun. Camelot had a chance to really improve the quality and depth of the Mario sports series by adding an expansive story mode to Aces, however, it’s hard to call the final result anything but “tacked on.” It’s tolerable, but nothing special.

The same goes for the game’s offline tournament mode. Tournaments have usually been pretty solid in previous Mario sports games, with a wide variety of difficulties and sizes to make it a fun and engaging experience for players of all skill levels. Unfortunately, the tournaments in Aces are far from this ideal. Lackluster snooze-fests that are a chore to get through simply because of their length, Aces’ offline tournaments don’t live up to the standard set by previous Mario sports games. The three built-in Mushroom, Fire Flower, and Star Cups are all easily beaten. Also, unlike in other Mario-based party games, the AI is incredibly lackluster, failing to put up any sort of a fight in tournament mode. 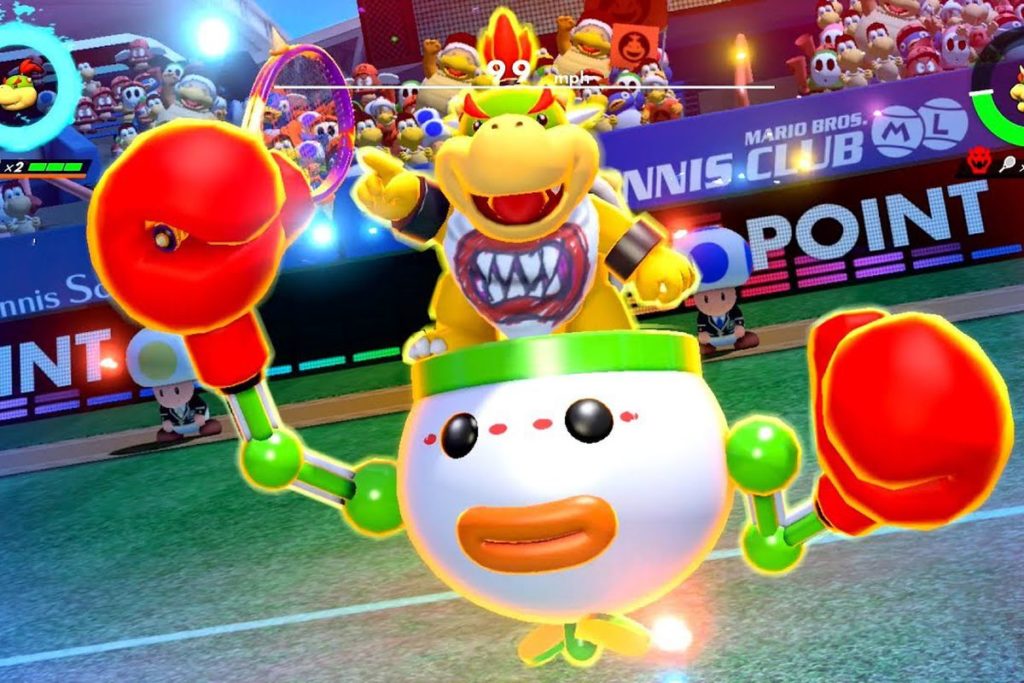 When not in tournament mode the AI is a nightmare. Alternating between too-easy and too-hard opponents that would give Goldilocks a scare, Aces fails to provide an adequate challenge for players without subjecting them to frame-perfect bots that feel more like the products of a tool-assisted speedrun than a genuine opponent. While other Mario games have had their issues with difficulty (i.e. rubberbanding in Mario Kart 8: Deluxe), it’s never felt this bad before.

Additionally, matches end much too quickly and there’s no option to extend the match beyond a single short set. Such a lack of options feels like a ludicrous oversight on Nintendo’s part and a shame for consumers interested in playing tennis as intended. The fact that this option was available in previous Mario sports games, such as Mario Power Tennis, is especially egregious. After all, sequels should build upon the feature sets of previous games, not erode the foundation upon which they stand.

There isn’t one glaring issue that makes Mario Tennis Aces a disappointment, but, rather, a combination of smaller, more nuanced problems. A poor story mode, lack of single player options, and a lack of serious progression makes Aces stand out as one of the few truly disappointing Switch titles.

Indeed, it’s become something of a worrisome trend for the big N to release a plethora of online-focused games (i.e. ARMS, Splatoon 2, and Mario Tennis Aces) and not offer a whole lot of enduring content afterward. There’s hope that Nintendo Switch Online, coming in the latter half of September, will fix this and provide the necessary incentive for Nintendo to finally invest in a puissant online presence.

In the end, Mario Tennis Aces is disappointing, not because it is a bad game mechanically, but because it thoroughly fails to keep the player invested. With so many great games on the Switch, having one title that, unfortunately, falls short is not that big of a deal. However, if Nintendo continues to release games like Aces, ones that, a mere two months after their release, feel dead and lifeless, then that could pose a significant threat to their established brand of hand-crafted, timeless experiences.

‘World of Horror’ Review: An Early Peek at a Nightmarish Masterpiece

Some Pokémon Appearances Are Evolving Courtesy of ‘Pokémon Home’

Zelda & Aristotle: The Triforce as Virtue

“Heaven is Furnished by IKEA:” A Look Inside Indie Dev Mecca Spelkollektivet