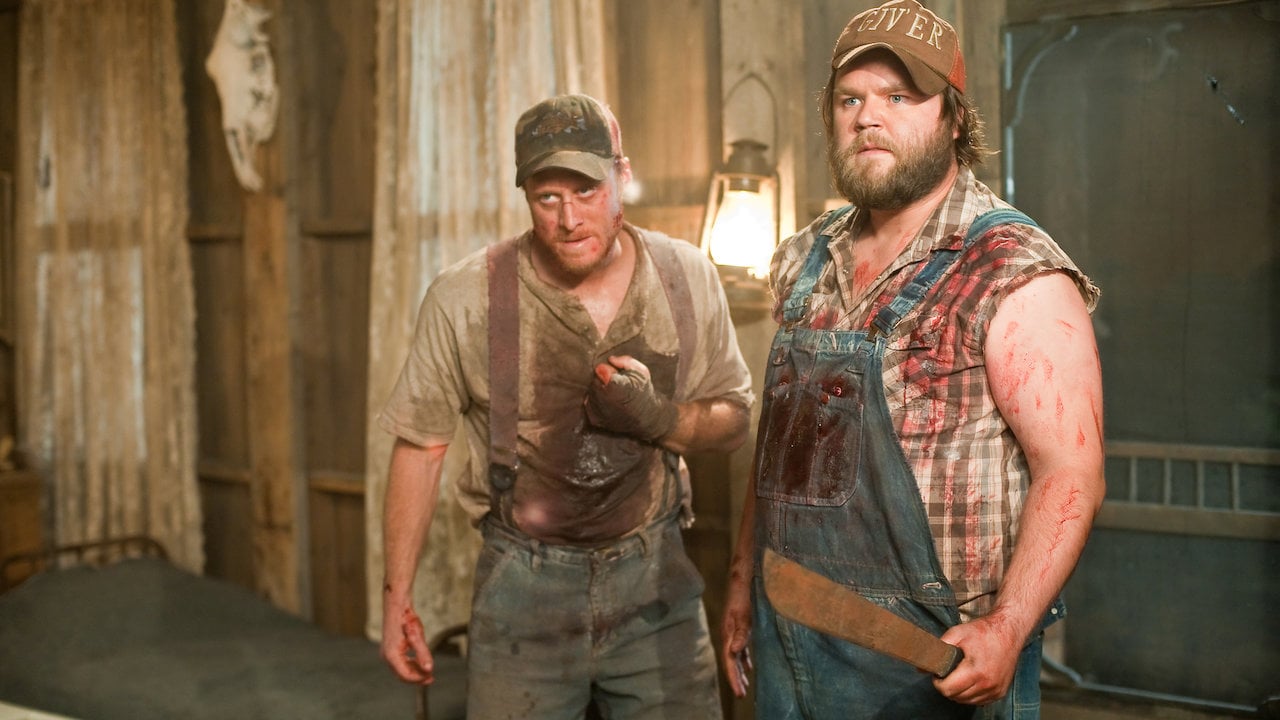 Backwoods horror is a sub-genre that can be safely labeled “oversaturated.” The formula should be familiar to even casual horror fans: city slickers traveling through the country roads run head-long into deranged mass murdering, frequently inbred and unhygienic, country folk. Think Texas Chainsaw Massacre, Deliverance or Wrong Turn.

Eli Craig’s twisted throwback to backwoods horror puts everything in reverse. It’s about a case of mistaken intentions to the nth degree. Instead of mass-murdering rednecks, our two unsuspecting hillbillies, Tucker & Dale (Alan Tudyk and Tyler Labine) fall victim to the crazed machinations of a group of rowdy college kids. When Dale shelves his fear of the opposite sex to rescue one of the college co-eds from drowning, her friends mistake him for a backwoods killer. The twist here is that the hillbillies in question are not psychotic, but are actually warmhearted men who fall victim to circumstance. 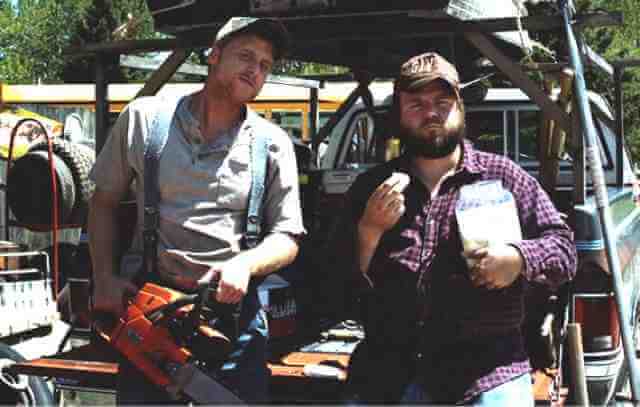 Tucker & Dale unfolds not so much as a horror film but a comedy where most of the characters are convinced they are in a horror film. First-time director Eli Craig pulls off a good mix of splatter and laughs but wisely chooses to emphasize on the comedy side of the equation. Helping things immensely is the fact that his two leads are perfectly cast. Alan Tudyk and Tyler Labine have a great rapport and the chemistry between them is impeccable. Splat-stick is harder to do than it seems, as blood-spattered comedy is a hard sell, but their comic genius is the driving force of the pic. Watching the duo’s onscreen bro-mance recalls best of the Apatow brand and places them alongside the most memorable protagonists in any genre piece.

Director Eli Craig adds just the right dose of cinematic references, keeping tongue firmly in the cheek, and the roots of the genre in place. 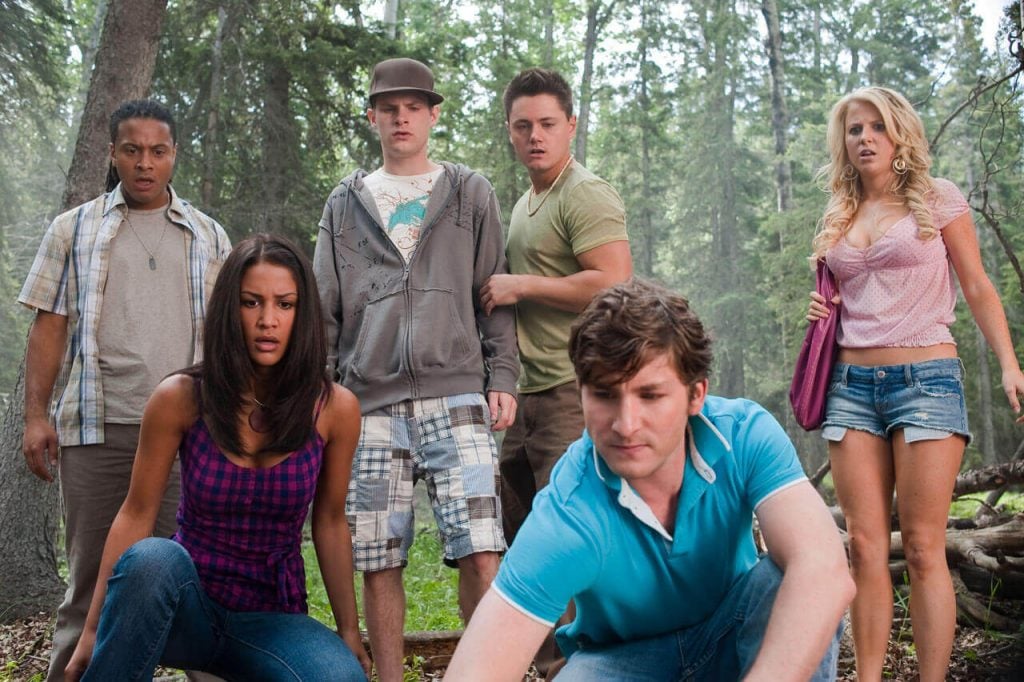 Director Eli Craig takes a strong command of both the camera and the cast. Twisting genre conventions, he finds new and innovative ways to kill off the characters. The comedic misunderstandings and misinterpretations that drive the bloodshed continually surprise and delight. While it’s often very funny, it can also be gut-wrenching. Craig adds just the right dose of cinematic references, keeping tongue firmly in the cheek, and the roots of the genre in place. The result is an effective genre mash-up that flips stereotypes on their proverbial ear and a loving homage to all those great fright flicks that peppered the grindhouse inner-city cinemas. Shot with the Red camera in 25 days, cinematographer David Geddes provides a varied visual style that propels the film’s twists and turns while keeping the camera from ever becoming intrusive. The low-budget film is beautifully shot and perfectly paced – at a lean 90-minute running time, the clever premise is played to maximum effect.

With a genre steadfastly refusing to die, we can be grateful for a wonderfully original, fast moving, cheeky and unexpectedly charming ode to friendship and love. This movie is destined for cult greatness, and deservedly so.