A Dionysian billow from the wellspring of studio cinema’s genre ether, Transformers: The Last Knight is a coup on the level of the works of John Boorman, a Bay inspiration that’s here made obvious, whose studio-funded genre journeys beyond meatspace show their influence in his deepening dives into AbstrAction. Bay has hit his stride, a pace towards beauty, pain, and negative meaning. One of the most influential figures in late capitalist cinema has unleashed a vision of the mode that teeters closer to the edge than ever, distilling it into a smelling salt cocktail of theatrical fascism and chaotic anti-art. This achieves a perverse zen, one that requires a lack of focus so schizophrenic that an entirely lucid viewing experience becomes impossible, or at least madness-inducing, and all via that most familiar of metagenres. This induced a modernist daze in me.

It should, however, be clear prior to this point that alternative measures of quality to “story,” “character,” and “theme” must be employed when looking for value in the Transformers franchise, but luckily the medium that this exists in isn’t campfire stories – it’s cinema. Indeed, the prime mode and only real way to view it is centered in the blender effect put on its actual screen content. The camera, the CGI, the props and sets, the actors, and last but not least, the actual, natural photography are all tools of composition for its own sake. The film is, first and foremost, a two-and-a-half hour look through a sawblade kaleidoscope. The only real specifics are that Transformers have their movements validated by the camera, which walks, spins and strikes along with them, whereas characters are regarded in blase fashion by shaky cam that hardly cares if it captures them at their sharpest, though their gestures dance in slow motion across still frames, a choice that underscores the capitalist nihilism of the series. The design of the Transformers themselves is an apt metaphor for the film’s approach: ugliness in beauty. Their designs are sleek, detailed, and intricate, but appear darkened, clunky, and muddy from how jam-packed they are with components. Jets, horses, and human warriors are regarded as pure aesthetic objects to be placed in the frame according to their grace and power, situated against an element easy to forget with all the noise in front of them, natural backdrops. A key to Bay has always been his Malick fixation, so his treatment of nature is important to glean. A viewer must look past what they’re being told to by the capitalist pablum and look at what was actually shot, see it captured with true wistfulness. The separation of the natural and the artificial, with ironic concern to history (Transformers fighting with King Arthur and against Hitler?!) and culture (more on that later) is the true obsession of this series, like a Herzog script directed by a speedballing Tony Scott. Humans dug this hole through nature themselves.

There actually is a plot to this film, but to watch it along those lines is to make the mistake many of Bay’s skeptics make in attempting watch against its true mode, the sound and the fury, signifying only the abstracts of its composite parts. The plot is a simple shuffle of objects more than it is a character arc or a thematic probe, allowing for maximum carnage. We begin with a boffo medieval battle sequence, testosterone and violence in a tumult more of sleek spacetime than sweat and flesh, highlighted with the stalwart analog of flame. Merlin the Magician, in a comic iteration reminiscent of Boorman’s Excalibur (“The Dragon” cynically literalized from a  “Force”-style pagan lifeblood of nature into a Transformer that is a dragon), is indeed confirmed as part of the Transformers universe when he receives the film’s MacGuffin, a staff of power that can act as a conduit for the transfer of (a different) vague life essence from planet to planet. Magic is an interesting parallel for Bay’s work, given that what he seems to be after these days is a sort of Neo-Movie Magic, a vaguer, darker, and all-encompassing foil to Keatonisms and musical cheekiness via modern tech wizardry’s capabilities for manipulations of mise en scene. This is a classic concept, a mysterious sensation provoked in us by cinema, whether it be simple delight, or in this case, a forcible shutdown of the brain via the introduction of too much information. An abrasive pursuit, to be certain, and with that often being its own reward, textually and – for the slightly less grim viewer – extra.

Flash forward to 1600 years later, where a legitimate political subtext accompanies our story’s present time, though again it’s secondary to the zero-sum accumulation of visual detail. Transformers “immigrate” to earth from Cybertron, are declared illegal, and detained in ghettos, one of which is also occupied by a Latina girl. Megatron and his goons are jailed for criminal acts, but bargain with the earth government for their release in exchange for information about his homeworld’s affairs, specifically, six giant metallic horns emerging from earth, shuffled from their Pangean circle by mother nature in much the same way the film is. Not only are Transformers cheekily interspersed throughout the important human affairs of history and politics (a tradition dating back to at least Dark of the Moon), something the human actors hilariously seem to almost resent, but Bay’s own film history is referenced. Cybertron eventually collides with earth a la Armageddon (or Melancholia if you wish) by the will of our main villain (a drug lord figure, perhaps), attempting to suck it dry. In the end, Optimus Prime declares that the planets must live in harmony now that they border each other.

Mark Wahlberg’s Cade Yeager also has a hideout on Native American soil, adding another layer to the setup, and um, a Celtic woman must find the MacGuffin to stop the encroachment of Mexicotron. Not an unproblematic metaphor by any stretch, but a fairly fully-formed one – though maybe including a specific subtext isn’t in this film’s best interests, being one of the only throughlines a viewer can actually latch onto. It is, however, probably the best political access point to use for a crucial element to the film: culture clash. Bay, for better or worse, has always included a wide swath of cultures in his films, in what has become his prime modus operandi, broadening his art as much as possible. This began as a method of big tent accessibility, but as women and minorities’ voices started to get picked up in maligning his weaknesses of representation (which do persist here, if not quite as gratingly as before), he chose, perhaps unwisely, not to do research to mend his vision of cultures other than his own, but to instead take another tack that may not satisfy everyone. That isn’t necessarily a bad thing; the film ultimately abstracts these cultures as elements in conflict.

Bay’s humor often hinges on the differences cultures have with each other, which isn’t really funny, but is interesting in that it allows him to be woke and insensitive at the same time. The fetishized cultures here make legitimate internal critiques of white assumption, but said critiques merely linger in the air rather than force a real dialogue or even play for comedy. In the quixotic quest to expand the film as much as possible and create negative meaning in doing so, Bay must cater to the politics of all viewers, with both blatant signifiers and subtext, then allow them to cancel each other out, so that the film speaks while saying nothing at all. This will certainly rub political critics the wrong way, but this is crucial to a modernist work striving to total neutrality via maximalism. Identity politics must be referenced in modern blockbusters, and this snaketongued refusal to either reinforce or condemn their prevailing mode of Hollywood liberalism cements the film’s bludgeoning propagandism as empty, as it must remain to stay pure.

This is a singular work; the 2010’s missing anti-comic dadaism in total cinema form. That is absolutely not going to appeal to everyone, but appeal is hardly the point. To see something so singularly dedicated to removing all semblance of goodwill, meaning, and peace is a blessing for seekers of cinematic perversity, especially on this scale. The Last Knight‘s aim is to beat its viewers into submission so that they try to look past what they are spoon-fed and not only discover the dark delights of its evil abstract, but to think in terms of the constructs that stand so stark against its pre-FX vistas. For several hours after this film let out, despite my admitted headache, the concrete and the sky were more divided to my eyes than any piece of experiential art has ever driven them. 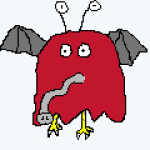 The fat lady’s sung, hell has frozen over, and shoes have been eaten — a good Transformers movie has finally arrived, and its name is...

The Road to ‘Transformers: The Last Knight’

A look at how far the Tranformers plot has come in preparation for its fifth entry, 'The Last Knight.'