Toronto artist Cat Ward fulfilled the dreams of many Pokémon fans when she created a life-sized statue of the transport Pokémon, Lapras. With the help of Kickstarter, she wants to build an additional five (or more!) life-sized Pokémon to go on tour. Backers can even vote on what Pokémon get made. 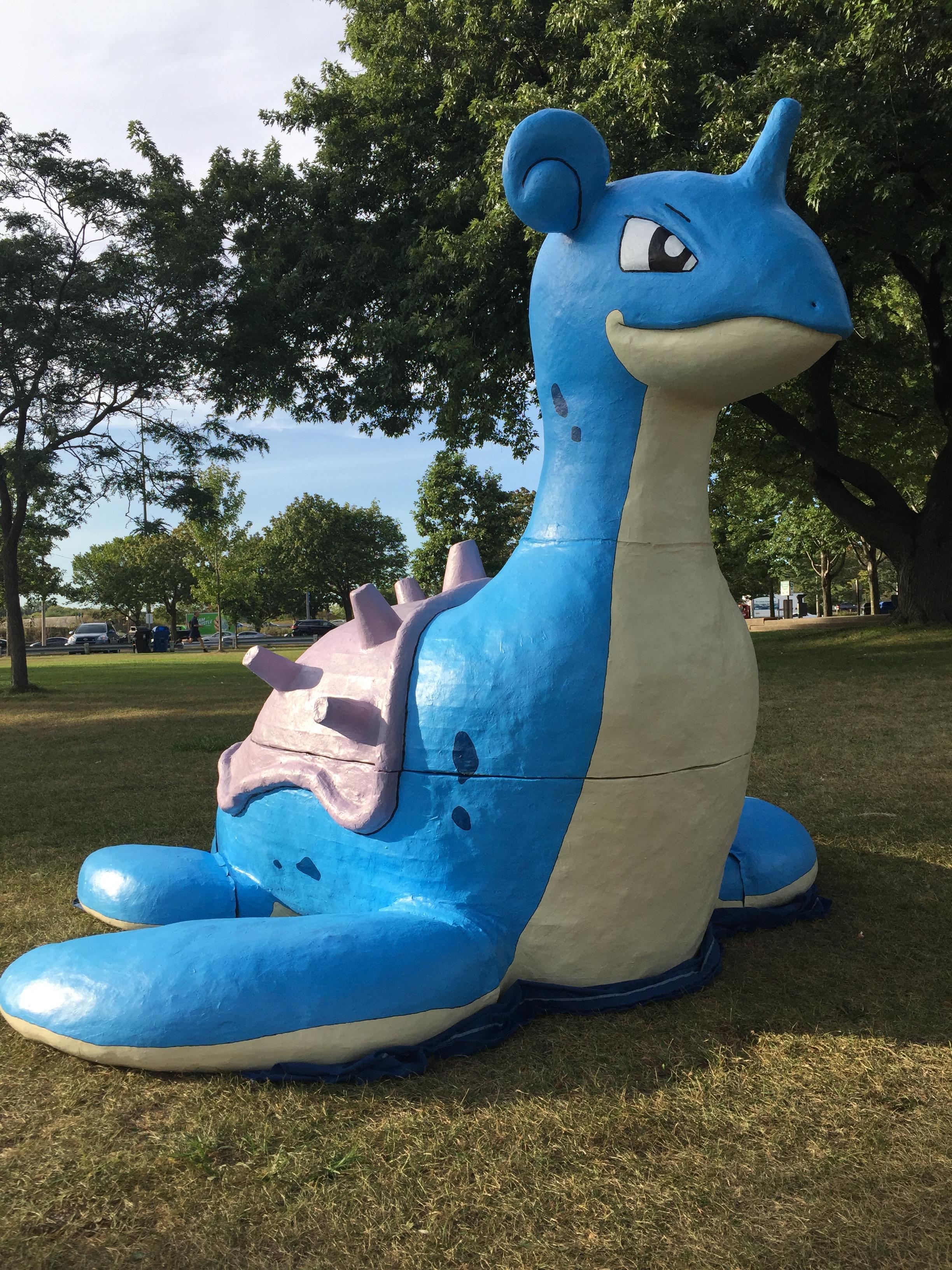 The Lapras statue on display in Sir Casimir Gzowski Park

When reached for comment, Ward explained: “When I decided to do a project this summer, I wanted something from Pokémon, large enough to have kids on it, strong enough to have kids on it, and tall enough to peek above a crowd. Lapras was instantaneous as the iconic Pokemon from the show who would ferry the cast from island to island during the Orange Islands arc (her name also draws inspiration from that function, as I named her Ferris).” 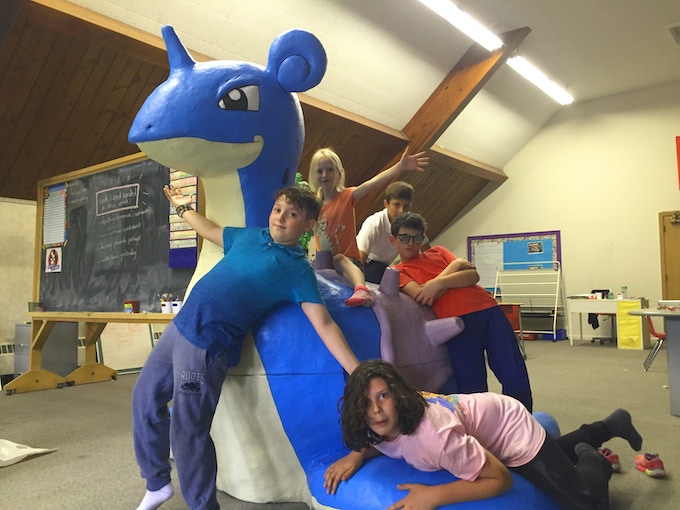 Kids climbing on the Lapras statue

“I tend to be a bit impulsive… except instead of buying a funny over-priced shirt I sometimes wake up and want to make a foam critter tall enough to hit the ceiling.”

It took 121 hours to build Ferris the Lapras, who is made of carved insulation foam, bamboo, paper maché and acrylic paint. The plesiosaur is about six feet tall and seven feet long and can be ridden by children. Ward has displayed the statue in a few spots in Toronto and hopes to bring it, as well as future Pokémon sculptures, to popular fan conventions in the area. 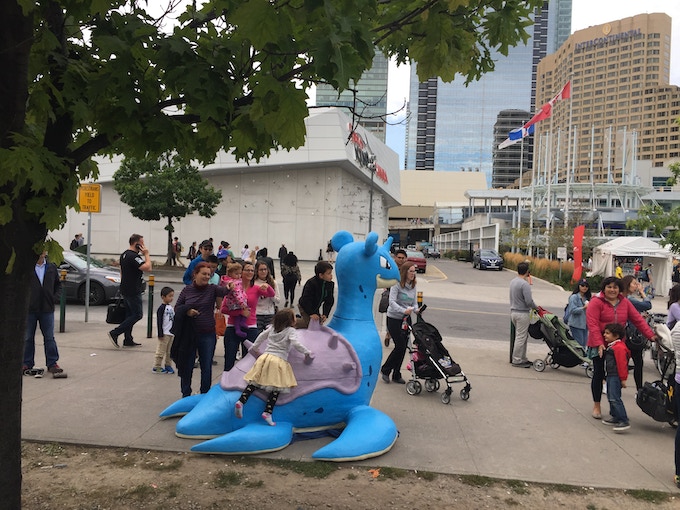 The statue on display at Fan Expo

Kickstarter contributors will get to vote on the next Pokémon statues from a pool of 70 ‘mon curated by Ward. She narrowed down the list of 800+ Pokémon by considering the difficulty, shapes, poses, typings and more for each Pokémon, and will also take into account how all six will look all together. Contributors can cast extra votes by providing larger pledges, and certain backer tiers will also get to vote on a sixth or even oversized Pokémon statue.

The pool of 70 Pokémon that can be voted on

Ward’s background is in art and 3D animation, but she first began crafting from foam for a costume piece. She started making intricate Magic: The Gathering costumes in 2014, and later made a sea serpent statue with young students in 2016. A portfolio of her work can be viewed here. 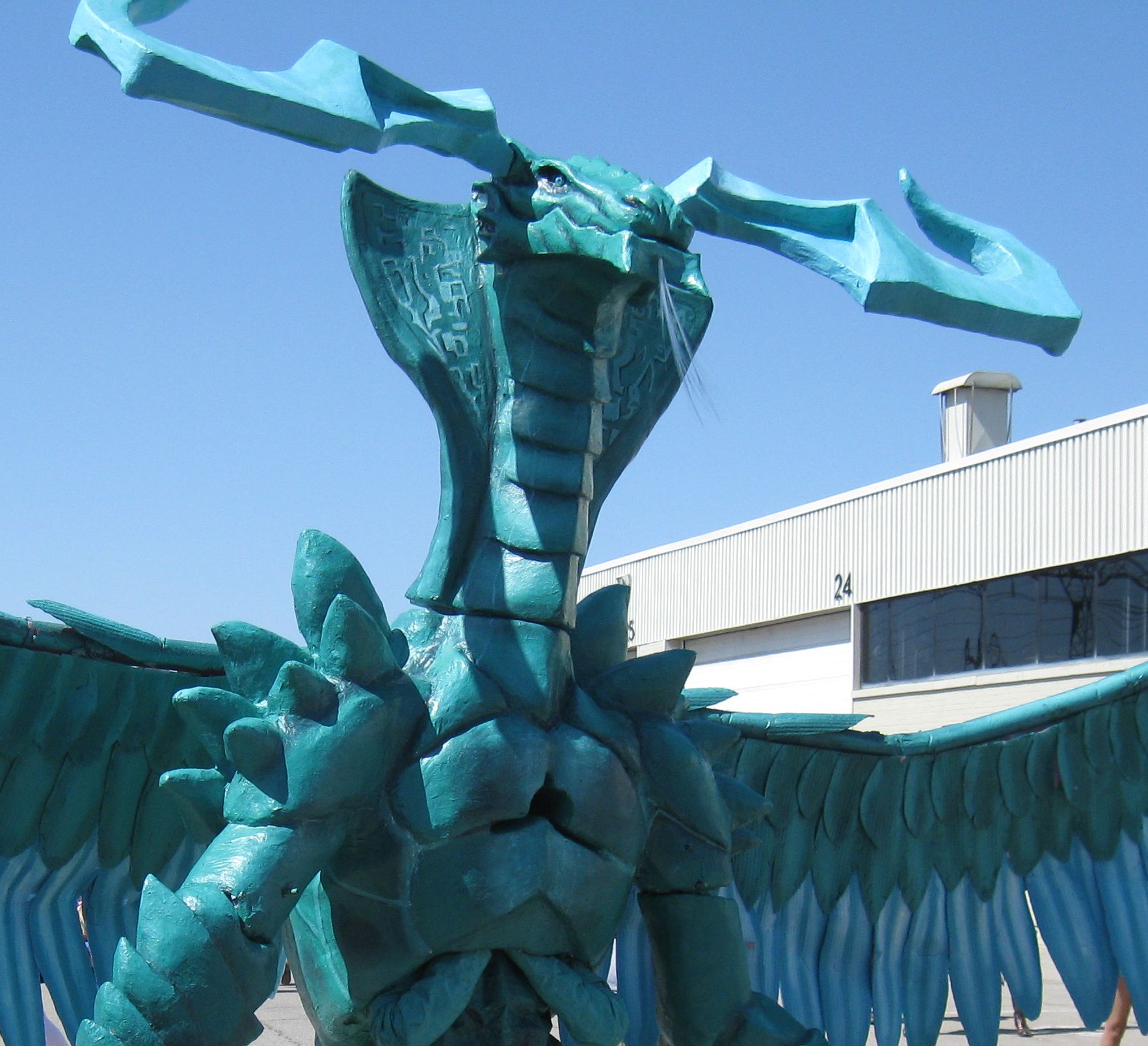 Ward’s Ugin the Spirit Dragon cosplay from Magic: The Gathering

These projects have helped her discover her strengths and weaknesses, and she hopes to continue building new skills while creating amazing memories for fellow fans. She hopes her team of Pokémon will “excite and enthrall fans of Pokemon everywhere, especially for those who would get to see them up close (and in some cases, climb right on!).” 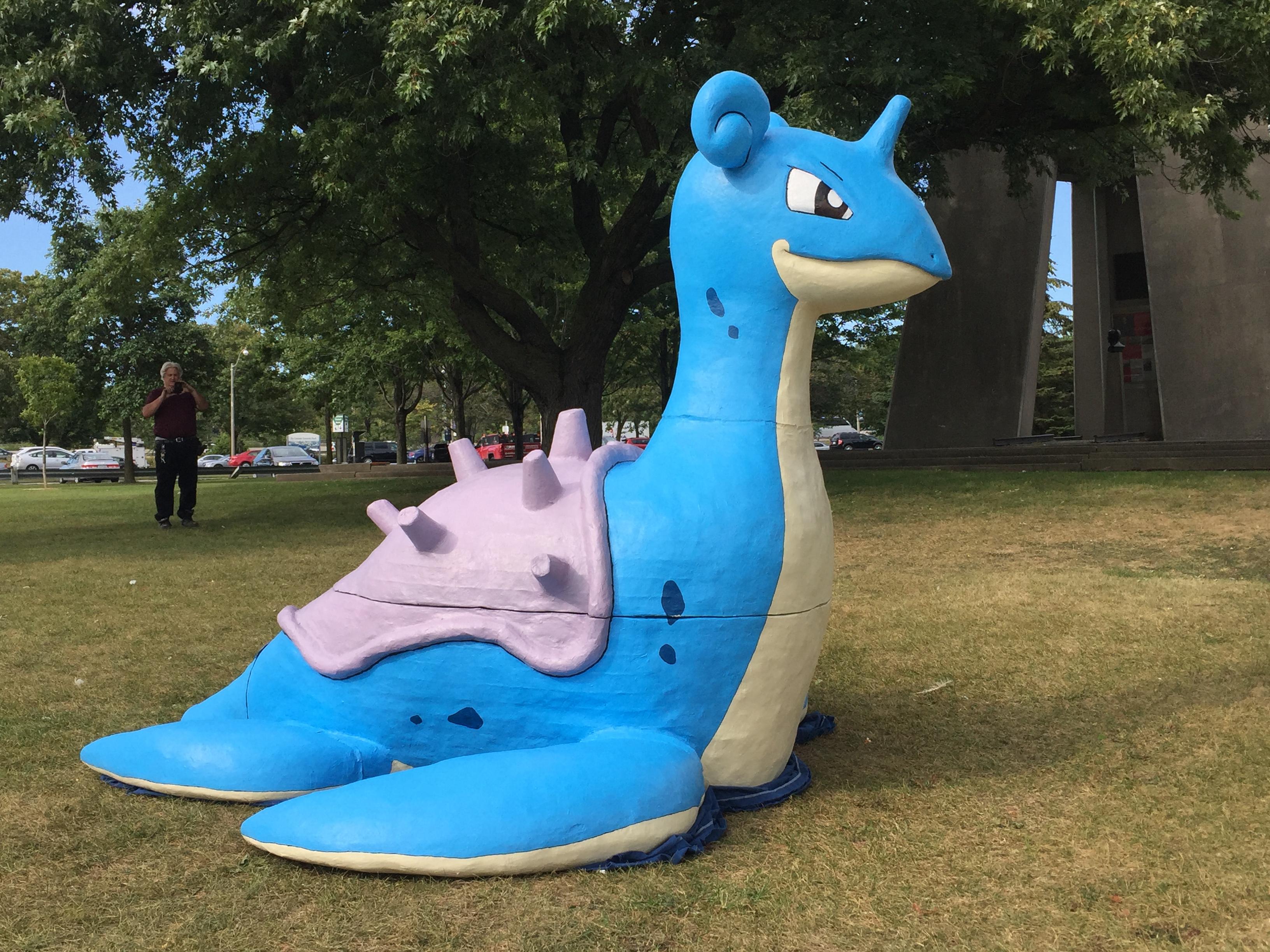 The Lapras statue on display in Sir Casimir Gzowski Park

Z-Moves for Lunala, Solgaleo, and Necrozma Revealed in CoroCoro

‘Pokémon the Movie: I Choose You!’ Coming to Theatres Internationally

‘Time’ Is One of This Year’s Must-Watches

The AEW Weekly: Dark and Dynamite