What are the best soap operas?

There have been many soap operas to hit the airwaves during the last few decades and figuring out the top ones is a challenge. However, in this article we will examine the best operas and what makes them so special. You can come along for the ride to reminisce about the best soap operas of all time.

You may agree with this list or disagree and that’s not a problem. Everyone has different opinions about the best soap operas. A lot depends on what era you were born in and what channels were available in your home. Maybe you’ll find some soap operas on this list that you did not know about. In that case, you’ll have something new to watch for the next couple of weeks or months.

The show started in 1952 and ended in 2009, which means it was around for over 5 decades – not many soap operas can say that about their longevity.

Another TV show that is known for longevity is General Hospital. It’s a soap opera that started in 1963 and is currently still on TV with new actors appearing every year. Therefore, it’s not out of the question to climb the number 1 spot by the time the show is finished.

The episode count for this show is 14,544 and it has nearly 600 nominations. It still has a huge fan base and manages to attract younger audiences as the show tries to stay relevant with modern times.

3. Days of our Lives

This is an on-going show with an episode count of 13,867 and climbing every week. The show is not far behind General Hospital in terms of nominations, wins and the season count. It originated in the USA and plans to stay around for a long time.

The show is set in the Midwestern town of Salem and showcases how family disputes and problems can be dramatic. Some characters on the show have been around for decades, which is one of the reasons why fans stick around to watch the show. The constantly evolving plot lines and consistency means this show could break into a higher slot on this list in the future.

4. As the World Turns

This is another USA originated soap opera that finished in 2010. The ending was sad for long-time fans of the show that watched it since 1956. However, all good things must come to an end and this soap opera did with an episode count of 13,858.

The show had 456 nominations and only 90 wins, which is one of the reasons why it does not have a higher spot on this list.

5. The Young and Restless

With 11,932 episodes, the show exhibited longevity and characters that were on screen for decades. Some left the show to participate in movies while others remained loyal to the show. It had a large number of nominations at 679 and managed to get 279 wins.

However, the show is not done yet and continues to release episodes every year. Therefore, you can keep an eye on the show to see how it progresses through these rankings in the coming years.

The show finished in 2012 with an episode count of 11,136. It featured a dynamic cast that brought something fresh to each of the 45 seasons. There was a mixture of new actors and long-lasting ones throughout the soap opera. It received 95 wins from 421 nominations.

This TV show is a classic that finished in 2011 with an episode count of 10,755. It had 573 nominations with 190 wins. It stood out because of the unique cast that brought something original to the table. Fans were sad to see the show end after 42 seasons on the airwaves.

As you can see from the list above, TV audiences were spoilt. Being one of the best TV shows of all time is no easy task, but these 7 entries have managed to pull it off. What stands out is the longevity and the huge number of episodes.

Take a look below at the infographic that showcases the best TV soap operas and the statistics that show you why. You might learn a few nuggets of information about these shows that you did not know before. 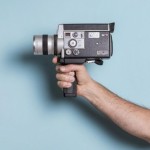