Tom Watches Movies: ‘The Wailing’ will renew your faith in horror films

A rash of mysterious deaths brings chaos and fear to a small South Korean village. Seemingly normal citizens go insane and slaughter loved ones after breaking out in mysterious boils and welts. Paranoia and suspicion reigns. Are hallucinogenic mushrooms to blame? The mysterious Japanese man who moved into town shortly before the murders started? Nobody knows, but everyone is speculating. At the heart of it is Jong-Goo, a local policeman whose daughter soon begins to behave strangely. Fearing a spiritual threat, Jong-Goo’s mother seeks out a local shaman. But as Jong-Goo becomes further embroiled in the case, it becomes more apparent that dark forces are at work, and nothing is what it seems on the surface.

Hong-Jin Na’s 2016 horror film is a regular fixture on best of the year lists, and for very good reason. The Wailing is a masterclass in slow-burning dread and pacing, gently immersing us in the world and characters, and ramping up the tension bit by bit. The film clocks in at a lengthy two and a half hours (and change), but never feels overly long or drawn out, a testament to the great care taken in maintaining a steady pace throughout.

Of course, The Wailing maintains much of this tension through one simple but effective technique: keep the audience guessing. The film is driven by suspicion and assumption, both literally and thematically. Fairly early on, Jong-Goo’s suspicion lands on Jun Kunimura’s character, a Japanese man living outside the village. His intuition soon turns to certainty, and wastes very little time in evolving into obsession, but we the audience are very carefully fed details and hints that undermine our own suspicions. Very quickly it becomes apparent that something isn’t quite right here, and that a larger game is at work. Is Jong-Doo’s distrust of the Japanese man fueled by xenophobia and bigotry? Is his judgment being clouded by his daughter’s involvement?

It would be easy to quickly fall into one theory or another and stay there, waiting for it to be confirmed or denied by the finale, but The Wailing masterfully keeps the audience guessing and second guessing almost until the very last minute of its apocalyptic finale. The last thirty to forty minutes of the film are an exercise in furiously maintained tension, bringing the dread and horror that’s been slowly building over the course of the previous two hours to a sustained head. You will absolutely come out of this film gasping for air, your nerves shot and your mind both racing and exhausted. It’s the kind of blisteringly anxious final act that you only see in a few rare horror films these days, the ones that know that the best way to close out these kinds of stories is with a crescendo of suspense rather than jumps and effects. 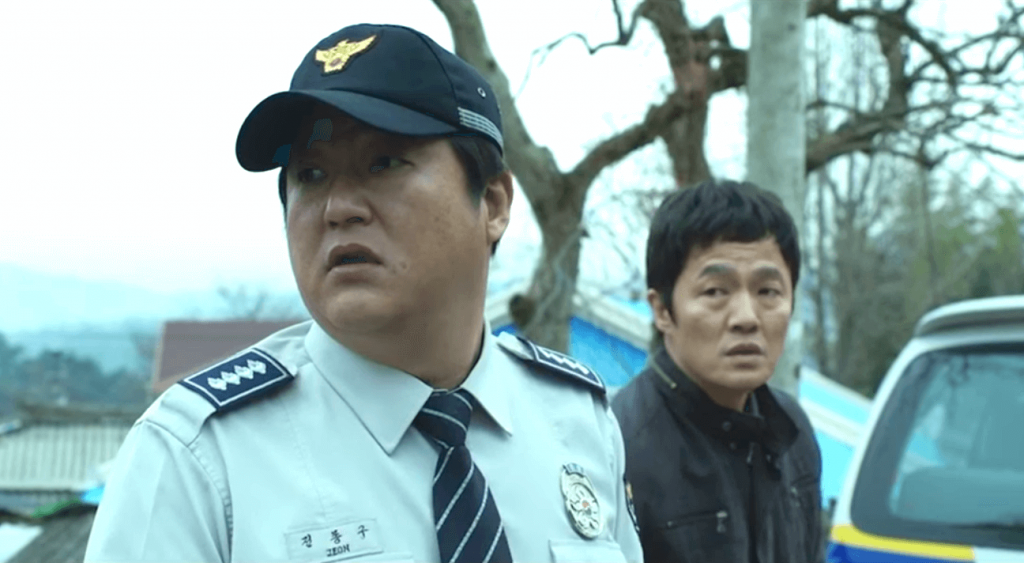 You will absolutely come out of this film gasping for air, your nerves shot and your mind both racing and exhausted

The cast all perform magnificently, with the standouts being the two leads – Kunimura as the stranger, and Do-Won Kwak as Jong-Goo. Far from an upstanding model of the constabulary, Jong-Goo comes across as a somewhat hapless everyman, neither overly brave nor smart. But you can sense an earnestness to him, a genuine fear for the safety of his family and community that keeps him from being a total buffoon and helps inform some of his darker turns later in the film. It doesn’t become difficult to imagine yourself in his shoes, which keeps him relatable and sympathetic as a protagonist even when things start to go spectacularly wrong.

But the real gold star goes to Kunimura, who carries the whole film with gusto. The Wailing‘s ethos of constantly keeping the audience guessing rests on Kunumira’s performance, and he proves more than up to the task. We’re never quite sure of what to make of him. Is his silence and stoicism sinister, or just a product of him being an outsider? He remains the quiet enigma at the heart of the film up until the very end, a hard task to pull off, and yet he does it.

Cinematographer Kyung-Pho Hong also deserves special credit. The Wailing is remarkably beautiful, capturing the South Korean countryside in a way that’s both majestic and sinister. The formal elements are often spartan and straightforward, using very little in the way of camera movements, apart from a few glorious crane shots at key moments, but there are very few shots of this film that you couldn’t easily frame and hang on a wall. 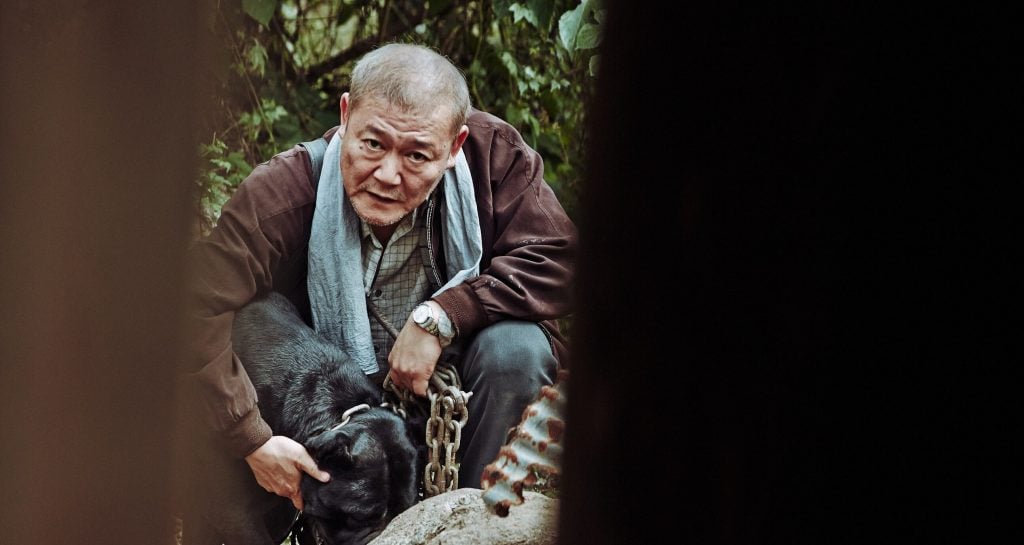 Horror films in particular seem overly susceptible to hype. It’s easy, perhaps too easy, to single out entries that feel bold and fresh as the newest big turn for the genre, piling on hype and expectation that potentially undermine the film. But in the case of The Wailing, the hype is real. The Wailing succeeds where so many recent horror films from Hollywood and elsewhere fail, keeping the audience pinned with expertly-maintained tension that is almost never broken with shock or sensationalism. It presents you with jarring images, of course, but when it comes to its finale, The Wailing accomplishes a ton with very little, bringing the tension and panic to a fever pitch, and playing with audience expectations the way a cat plays with a mouse.

The Wailing is the kind of film that renews your faith in horror. If there’s one downside, it’s that after watching it, few other modern horror films will hold up. The Wailing could very well ruin you for other horror movies, but don’t let that discourage you. Horror fans or Korean film buffs in general should absolutely seek this one out.

‘Tigers Are Not Afraid’ is Dark Fantasy at...

‘Stephen King’s IT’ Is Dated but Not Toothless

Tom Watches Movies: ‘Predators’ Is Halfway to being...

‘Automata Empire’ — How Simple is Too Simple?