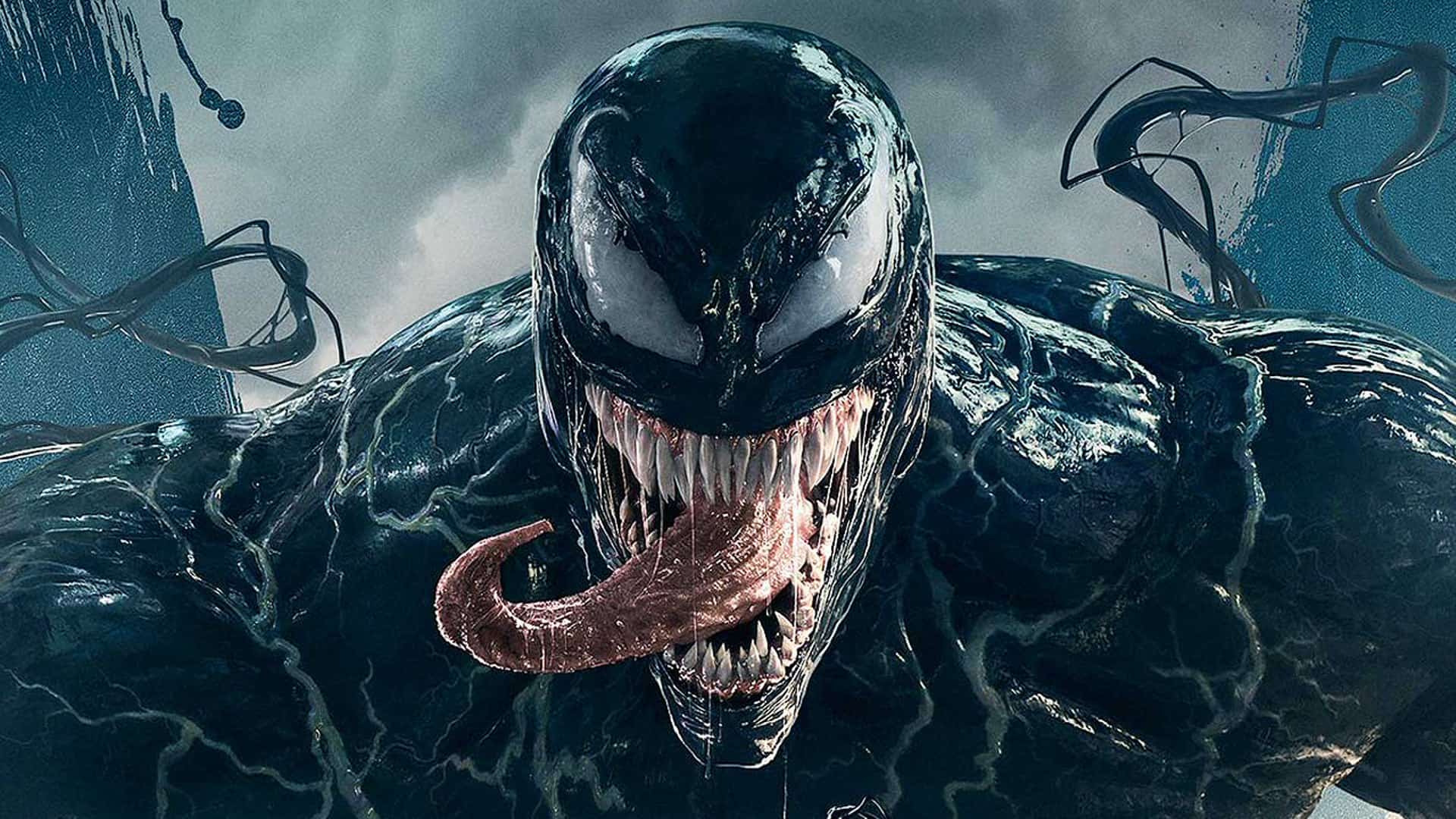 Ten years ago, Venom would have been pretty rad. Which is not to say that it’s necessarily terrible here in the far-flung future of 2018, but it does feel like an anachronism — a film out of step with the current trends in superhero movies, and one that spends most of its runtime struggling to find a voice. There is amusement to be had in the (overlong) two-hour and twenty-minute running time, and upcoming superhero movies like Aquaman won’t need to work particularly hard to snatch away the crown of “worst comic book film of 2018,” but with lackluster visuals and action, there’s very little this movie has to offer to keep it from becoming more than a footnote in comic book movie history.

Tom Hardy stars as Eddie Brock, a version of the character who’s never heard of Peter Parker, Spider-Man, or the Daily Bugle as far as we know. A journalist and minor TV new personality in San Francisco, Brock stumbles upon the machinations of the Life Foundation, a seemingly benevolent company secretly experimenting upon symbiotic alien lifeforms harvested from a comet. One of these beings bonds with Eddie, turning him into the titular anti-hero. 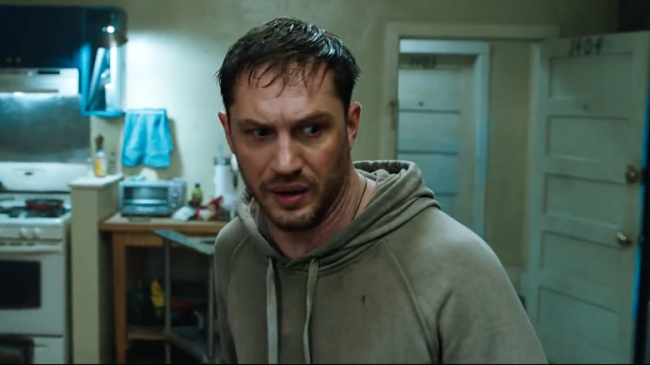 Like many early superhero films, Venom feels divorced from any larger context, seemingly operating within a universe where superheroes don’t exist. In some senses this actually works in the film’s favor, helping it avoid the problem of obvious “franchise baiting;” Venom doesn’t seem overly concerned with laying the groundwork for a cinematic universe (or at least future spinoffs and sequels), a preoccupation that helped bring The Amazing Spider-Man 2 to ruin. There are some fun Easter eggs and nods, but nothing that derails the film or feels like a distraction. Still, the characters and concepts that Venom plays with also feel smaller and less interesting without the larger mythos of a comic book universe looming in the background. This is, again, a Venom without Spider-Man, and is anyone really much interested in that? Because the film doesn’t give us much reason to be.

There’s not much new or exciting in the way of action either, with the symbiote’s shapeshifting and tendrils making for only an occasionally interesting action beat. The film’s major action set piece — a motorbike chase — feels like it would have been pretty neat if Incredibles 2 hadn’t pulled off a much better version of the same sequence mere months ago. Other action sequences are made less interesting than they should be thanks to shaky, inconsistent camera work, and the climactic final showdown between Venom and the film’s villain relies on the audience’s ability to tell one shapeless black goop monster from another. It’s almost like fight scenes from the Transformers movie, where the business of the robot designs and frenetic camera work turn everything into a jarring mess of whirling mechanical bits — only here it just looks like we’re just watching a whole lot of printer toner slosh around in a dryer. 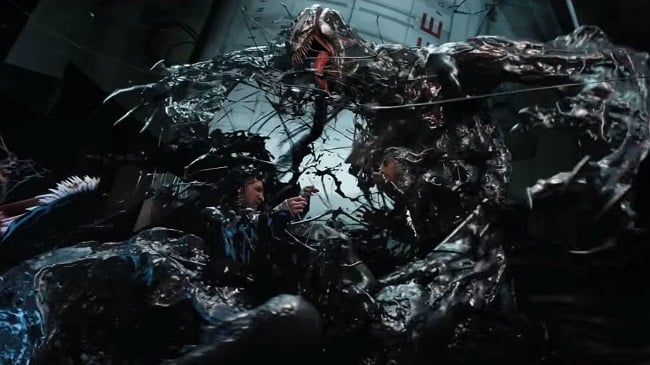 Venom is at its best when it’s just Tom Hardy being twitchy and weird, mumbling away in a New York accent and sweating profusely. The best scene in the entire movie is when a crazed Brock, still not fully aware of what’s happening to him, storms a fancy restaurant where his ex-fiancee and her squeaky clean new boyfriend are eating. He rants and raves and grabs food off of plates to shove messily into his face, eliciting shocked looks from well-dressed patrons who all but drop the monocles and exclaim “my word!” The scene ends with Eddie lowering himself into a lobster tank, a moment Tom Hardy improvised because he’d clearly been waiting to do the “freak out the squares at a fancy restaurant” scene for his entire career. If the entire movie were just Tom Hardy having a ball being weird, it would honestly be a heck of a good time.

Sadly, Venom eventually remembers it’s supposed to be a superhero movie (or something theoretically similar to one), and scenes like this drop away in favor of uninteresting action and fairly standard Earth-saving antics. When the film is trying to be a big-budget superhero blockbuster, it just comes across as dull, not even bad enough to be interesting.

Venom is no Suicide Squad. It’s no Amazing Spider-Man 2 or Green Lantern. It’s not even in the top ten of the worst comic book movies ever, despite some of the reports. It’s mostly blah, sparking some life only when it’s completely distracted from what it’s supposed to be. If this is the pitch Sony has made for a series of Spider-Man-adjacent movies that borrow from the webhead’s world but have no blue and red spandex in sight, it’s a pretty weak proposition indeed.

‘Bonehill Road’ is a Strange Detour Through No-Budget Werewolf Territory