The term “classic” gets thrown around a lot (sometimes more deservedly so than others), but if anything lives up to the term, especially where sci-fi action is concerned, it’s Predator. A highlight in Arnold Schwarzenegger’s early career, it also put director John McTiernan on the map, a position he would cement just a year later with Die Hard. But what’s so special about this one? Why has this particular sci-fi action-fest built up such a reputation, especially given that it released the same year as Robocop, Lethal Weapon, Full Metal Jacket and countless others?

For much of the film’s first third or so, it delivers what you’d expect from an 80s action movie starring not just Arnold, but Carl Weathers and Jesse Ventura. Arnold plays the leader of an elite special forces team sent deep into the Central American jungle on a hostage rescue mission, and the resulting action set piece is the kind of thing that would serve as the climax for most movies of the era. A seemingly endless supply of explosions, gunshots and one-liners reduces the enemy encampment to rubble, and the team prepare to escort their charge out of the area. 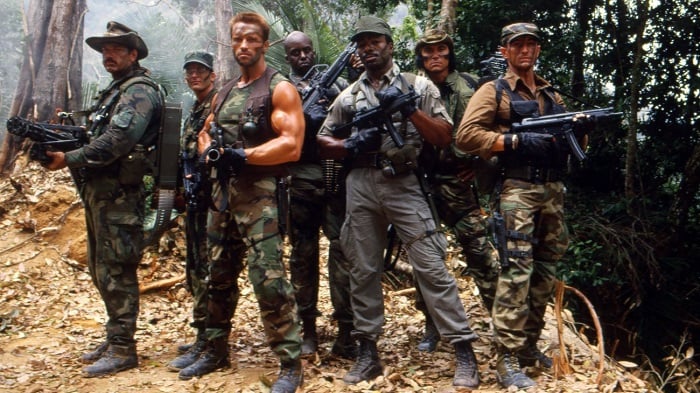 But as they move toward their rendezvous site, an unseen force begins to pick them off one by one. Their former bravado and action hero virility begins to shrink as this entity, revealed to be an alien big-game hunter, turns the tables on these formerly impressive specimens. In perhaps the film’s most iconic scene, the crew go hell-bent for leather, unloading what must be thousands of rounds into the jungle. A pretty badass scene….until you realize this display of rage and frustration is almost entirely empty. After exhausting their weapons, the group can only stand there to guess if all that spent ammunition even remotely worked.

While the bulging biceps and heavy artillery seen in the film’s early scenes easily lead to the assumption that this is a dyed-in-the-wool 80s action movie, the sudden shift reveals it to be something else. By building up and then dismantling its testosterone-fueled heroes, Predator reveals its true colors as something of a covert middle finger to action staples of the day — or at least an affectionate ribbing. McTiernan would later follow this up with Die Hard, another film that undermines and rejects the typical action movie heroes seen in contemporary movies: the seemingly invincible behemoth who wades through enemy fire and comes out with barely a scratch, usually while one-handing a gun the size of a small car. McTiernan’s heroes are more vulnerable than their contemporaries, and that began with Predator. While his follow up keeps its feet planted firmly in action territory, its predecessor almost seems to switch gears into horror territory midway through, going from a celebration of the agency of its heroes to a portrait of their powerlessness. 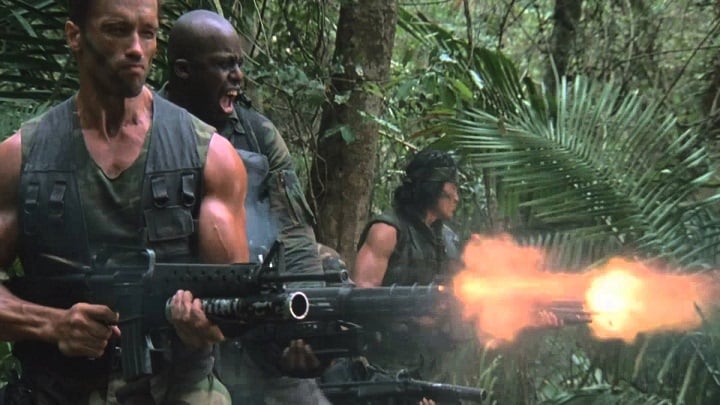 Subtext and motives aside, it’s also the exceedingly rare action movie that actually narrows in scope as it goes along, beginning as a bombastic action movie with an ensemble cast, and ending up with just two characters duking it out against the backdrop of a darkened jungle. Granted, the film does close out with a massive explosion, but that doesn’t take away from the fact that Predator spends much of its runtime gradually reducing in scale. The action ramps down from explosions and mayhem to tense, intimate encounters. The cast are picked off like victims in a slasher movie until only Arnold the the Predator itself remain, turning what was once an ensemble into a one man/one monster show. The stakes narrow, going from the success of a mission to the survival of the team to the survival of one man. It’s a route that few action movies have taken, before or since.

Given the success of Predator, a franchise immediately arose, but unlike contemporaries such as Terminator or Aliens, the sequels have been few and far between, while main star Arnold Schwarzenegger has yet to return in any capacity, robbing the franchise of any kind of recurring hero. This has given the series something of an identity crisis, which we’ll see when we take a look at the original’s ill-fated sequels.

TIFF 2018: ‘The Sisters Brothers’ Brings New Life to the Western