Imagine you’re a pioneer in the prairies, alone with your thoughts, and the only noise you hear other than your own inner voice is an ever-present, howling wind. The chances of you going insane are probably pretty high. It was a thing that tended to happen to women being left alone for long stretches of time as the men went out for resources in town or out hunting; they would slowly lose their minds and begin to see things that weren’t there. In that is the inkling of a great horror film, but The Wind is a poorly structured piece that burns slowly and nowhere near as strongly as it quite easily could have.

The story is centered around Lizzy (Caitlin Gerard), a young woman who moves to the frontier with her husband, Isaac (Ashley Zukerman). She slowly begins losing her wits as supernatural forces start appearing in her life. Set in the late 1800s, The Wind really tries to hammer home the loneliness of living in the frontier despite its vast, tumbling hills. For the most part, it succeeds simply by having only five actors throughout the entirety and by setting its sights solely on an isolated Lizzy. Part of The Wind’s charm is that there are moments when it’s difficult to tell whether danger is afoot because of the supernatural, or because of the nature of Lizzy’s surroundings — a harsh environment that only gets worse at night and as winter approaches. 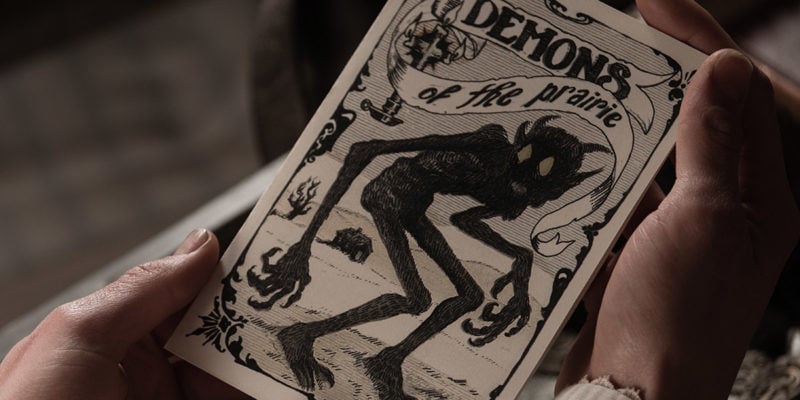 Of course, that ambiguity is what director Emma Tammi is hanging her hat on, because there’s not much else in terms of intrigue. The movie breaks up its structure in a way where all of the scares are in the current timeline, while the nuance of what has led to Lizzy’s perceived insanity is in a prior timeline, and the fleshing out of Lizzy and Isaac’s relationship struggles is in the furthest-back timeline. However, when these play out, it seems only to be timed with when it would be abrupt to cut. For example, a door slamming in one timeline will result in a sudden cut to another timeline’s current events.

The decision to do this at first seems like a way to illuminate on the present-day situations, but it becomes increasingly clear as the runtime drags on that The Wind has virtually no scares save for the plethora of jump scares in its disposal. Those jump scares tear apart the film’s tension. While Lizzy sits in bed with her shotgun cocked and ready, the creaks of the door against the screeching wind ratchet up the atmosphere and the tension. But every single time the movie starts getting under your skin, it does a jump scare or cuts to a previous timeline, or in some cases both. A sudden jump scare and then cutting to another scene feels like some arbitrary way to create mystery, as we wonder “what will happen next?”

The unfortunate thing is that it doesn’t matter — both in the now, and by the time you realize the film has no real statement or conclusion. The Wind lives for its ambiguity, but doesn’t even really seem like it wants you to leave with questions. It also doesn’t provide any substantial answers. This is a film about the unknown seeping into your psyche when you’re most vulnerable, but it also makes plenty of obvious demonic references, so there’s really no reason to believe that what’s ocurring is just a person going insane. The Wind is most disappointing in that it really doesn’t pay off in anything that it does; it just has an ending, and that’s supposed to be good enough — even if the ending kind of stinks. 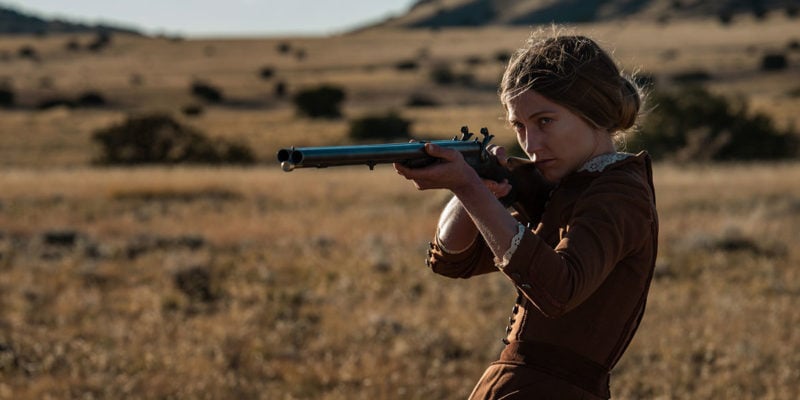 Perhaps most frustrating is that Tammi’s first non-documentary feature is one that starts off with promise and feels like something that could have been done much better. For starters, Caitlin Gerard is a very good lead. Zukerman as well, for as little as he’s in it (the other actors are best not mentioned). The frontier elements immediately provoke a feeling of something sinister about, and the opening scene sets an atmosphere that the movie frequently comes back to in ways that is satisfying. It just never sustains anything.

The Wind is a bad movie that had plenty of potential. I’m no back-seat director, but the decision to fracture the narrative so that there are flashbacks is antithetical to the idea; it’s clearly not about why Lizzy is going crazy, but instead about whether she’s crazy. A more linear approach to the plot would have given room to watch Lizzy slowly go mad, thus providing the slow burn that the film so desperately wants, as well as a longer pay off, as the entire last act would be the scenes filled with the scares. If you want a good, slow burn, watch The Witch (which this film clearly adores). There are plenty of better slow burn horror movies out there that The Wind is an easy film to pass on.