Michael Winterbottom’s filmography is filled with comedies and dramas that all convey sympathy, even in their most uproarious or absurd moments. As for thrillers like The Wedding Guest, you won’t find much this stripped down in his list of films. Here Winterbottom leads viewers into a tale of mystery and suspense that sets the foundation for an interesting romance led by Dev Patel and Radhika Apte.

The narrative itself follows a very film-noir trajectory, opening with Patel’s character — who maintains no singular identity throughout the film — as he changes passports and pseudonyms on the fly, effectively portrayed as a man with no personal ties. We’re never sure if he was ever a spy or just for hire, but Patel plays his character with cold, calculated demeanor. He travels to Pakistan to attend a wedding but has ulterior motives when he kidnaps the bride-to-be, played by Apte. From there the plot takes our two characters through India and Pakistan, exploring the countries and discovering themselves.

The first act of The Wedding Guest lacks virtually any dialogue, and is filled with mystery. We’re not in on what’s happening, but it’s clear that all the characters involved are very much in the know — which is surprisingly not as infuriating as it sounds. Patel has a certain charisma that keeps things compelling, while Apte slowly reveals the fantasy life she wants to lead, and exposes cracks in her captor’s façade. It’s what follows afterwards that brings the film’s quiet introduction into focus. 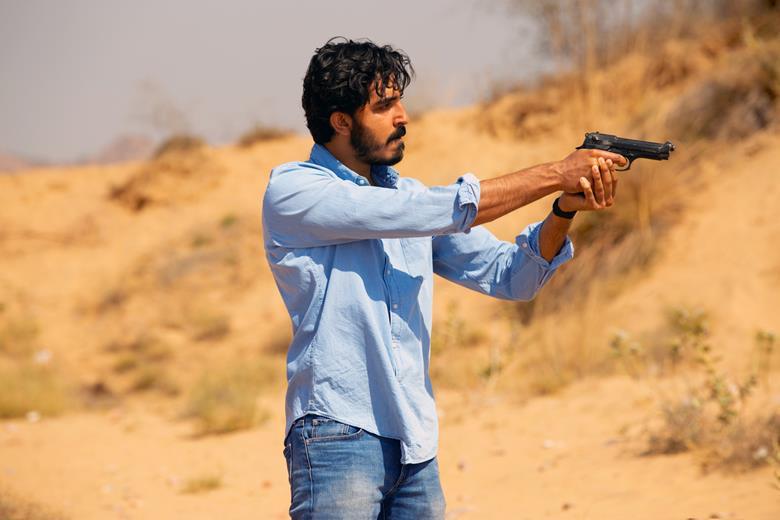 Unsurprisingly, Winterbottom’s film plays out like a road trip movie between two magnetic performers. While their circumstances are much more different than Steve Coogan and Rob Brydon’s in the Trip movies, he really nails down each character’s personality. More importantly, it’s that desire to live a fantasy life that once again echoes a lot of his earlier works. As Apte’s character grows closer to Patel’s, she gets that taste for the mystery of it all, being able to just drop off the map and fall into the crowd without being seen.

Setting The Wedding Guest in one of the most densely populated countries in the world is a good way to really show how easy it is to disappear, yet the story is also steeped in traditions and cultural values that Winterbottom tries to convey — though not too much. Even the basic set up for the circumstances around Apte’s character being kidnapped touches on specific cultural expectations found in both Pakistan and India, but the lack of importance given to them as motivation for her character is what leaves some of the film lacking in empathy. The fantasy Apte’s character wants to live is so easy to achieve where she lives, but not so much for her character. The amount of subtlety used to convey that holds the film back, wherein other aspects it elevates it.

The strengths found in The Wedding Guest lie more in a twisty narrative that isn’t really given time to breathe until its final act, where it almost lets up completely. The film gives in to the fantasy of disappearing and becoming someone else by literally becoming something else, while the film noir story weaves in and out, closes, and then comes back in again to wrap everything up. It’s interesting and works fairly well in the grand scheme of the movie, but characters aren’t mined to their full potential. Patel’s mysterious espionage elements work well for an audition as the next James Bond, but Apte feels like a teenager lashing out. She’s stuck in that fantasy life, and the movie doesn’t really want to let us know too much more about why that is.