Shinya Tsukamoto’s work tends to be simplistic in its narrative or purpose; you’ll rarely find multiple commentaries in one of his films. With other directors that would be a bad thing, but Tsukamoto tends to flesh out his singular idea through a variety of means, whether it’s the setting, characters, or even the genre itself. With Killing, there is no question about the intent of his message: war sucks, and it’s going to kill us all. His morbid, wrenching take on the samurai genre is at once a cavalcade of violence and (more often than not) a meditative stance on how easily violence can become all-consuming.

Mokunoshin Tsuzuki (Sosuke Ikematsu) is a young ronin who lives his life helping out on a farm in Edo-period Japan. Due to there being no war — and thus, no real need for a samurai — Tsuzuki grows tired of uneventful days where he does chores and helps train Ichisuke (Ryusei Maeda) in the ways of the samurai. Yet, when war suddenly becomes a potential reality, Tsuzuki is recruited by another ronin, Sawamura (Shinya Tsukamoto), to help him fight in the impending conflict.

The catalyst for violence in Killing arrives in the form of a roaming group of bandits who terrorize the villagers and eventually commit an act that thrusts Tsuzuki and Sawamura into an all-out bloodbath. However, where any other film might take this as an opportunity to feature multiple battles, each raising the body count higher and higher, Killing is more about the motives behind achieving that body count, and whether it’s even worth it when the end result is death to all involved. 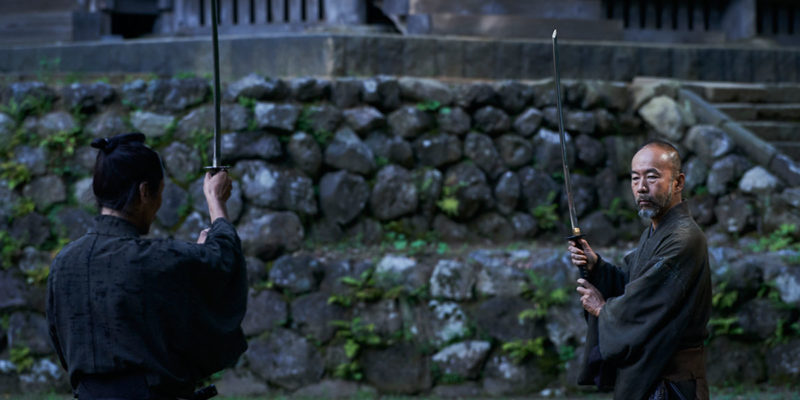 Tsuzuki has actually never killed anyone before, which centers him perfectly as the protagonist. Meanwhile, Sawamura can kill easily and without remorse. Then there’s Ichisuke, who is young and aggressive; he’s never killed before, but he sure as hell wants to. Finally, most interesting of all is the impact the restlessness of the village has had on Yu (Yu Aoi), Ichisuke’s sister. She and Tsuzuki have a relationship predicated on more violent acts of lust, from choking to biting — they don’t have sex, but she pushes him to inflict harm on her because she likes it.

Here lies one of the few issues that I have with Killing. There is only one female character in the film, and she is made a damsel-in-distress at one point, with a very brutal scene of sexual violence. Add to this the fact that she is just egging on both Sawamura and Tsuzuki to kill people, and you have a character who demonstrates the bloodlust for war that can be derived from peace, but you also have your only female character being used exclusively to inflict sexual violence, or have it inflicted upon her. I think Tsukamoto handles it okay, but it just irks me that the movie feels the need to go to the lengths that it does.

The depravity that Killing contains is nothing new for the director, and it actually works very well in conveying the message of the film, but it’s lacking throughout much of the runtime. Often the film meditates and reflects on violence more than showing it. With the exception of a few scenes that are rather gut-wrenching, the aggressive tendencies are often withdrawn; early fight scenes of training don’t even involve actual blades between Ichisuke and Tsuzuki. It’s not until somewhere halfway through that everything becomes a mess of severed limbs and fountains of blood. 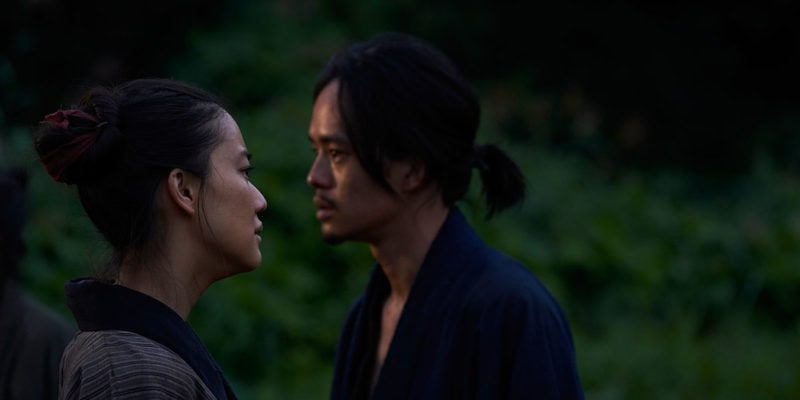 What also stands out for those familiar with the director’s work is that Killing has incredible camerawork. It all moves fluidly, never sitting still for too long when in an action scene, and when the audience is meant to reflect, the camera sits or pans slowly. The cinematography will abruptly swap from claustrophobic, probing shots to the wide angles that allow for introspection from a distance. The wide shots in particular serve as complementary to the late Chu Ishikawa’s musical score.

Killing is another triumph for Japanese auteur Shinya Tsukamoto. He continues to confront and subvert genre cinema in a way that most other assault slyly. There is nothing subtle about how he attacks violence in Killing. That would be problematic in any other filmmakers hands, but Tsukamoto’s been doing this for years, and has finely tuned his particular cocktail of commentary and abrasiveness. His latest is a powerful film, and one that feels timely as we continue to watch the world consume itself.