James Frey wrote a memoir about his time as a 23-year-old alcoholic and drug addict in a rehabilitation center in 2003. You may have heard of the book, titled A Million Little Pieces, because it rocketed to success in 2005 when Oprah Winfrey herself put it as part of her book club. Or maybe you heard about it in 2006, when it was revealed that not all the things Frey claimed in the memoir were actually true. Regardless, if you watch Sam Taylor-Johnson’s adaptation of the memoir, you’ll feel like she maybe missed the latter point of reference. Her version of A Million Little Pieces feels like every other addiction drama out there, which is a shame, because the controversial source material could have made it so much more.

That’s not to say Taylor-Johnson doesn’t address any of the controversy surrounding the book. It opens with a quote from Mark Twain: “I’ve lived through some terrible things in my life, some of which actually happened.” The opening feels like the set up for some unbelievable events soon to occur, or an acknowledgement that the depressing moments you’re about to witness may not be legitimate, yet as James (played by Taylor-Johnson’s husband and co-writer of the film, Aaron Taylor-Johnson) enters rehab and meets an eclectic set of characters, falls in love with a fellow tortured soul, and learns to accept his condition, it becomes very quickly apparent that none of the illegitimacy of the memoir will be addressed. 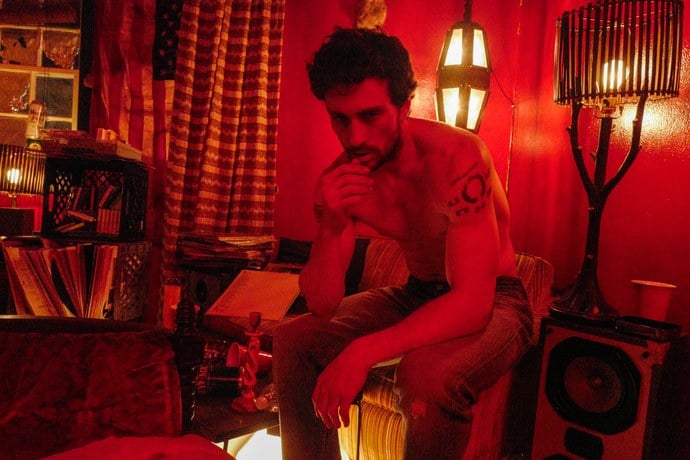 It’s not all bad and rote, however. Aaron’s performance as James is compelling, even if a lot of the reason for this is because he can’t sit still even for a moment; the withdrawals feel extremely real. Still, it’s how he interacts with others in the treatment center that illuminates his character more. Leonard (Billy Bob Thornton) acts as a father and mentor figure, pushing James to follow the 12-step program and realize the benefit of rehabilitation. Then there’s a Giovanni Ribisi’s character who keeps trying to hook James up with his daughter, or David Dastmalchian’s portrayal of a bipolar drug addict who is nothing but an unrelenting bully. More importantly, the breakout of the film is Odessa Young, who plays Lilly and acts as an anchor for James as he struggles to find joy in his current situation.

Their relationship serves as one of the more interesting components of A Million Little Pieces, as it’s relatively forbidden in the recovery process at the facility. Men and women aren’t allowed to talk to each other, though there isn’t any explanation given in the film as to why. Rules are placed on James and the other addicts that often seem arbitrary, and they are treated as such because no one provides any justification for why they exist. One of the main contentions for James and the 12-step program is that he has to talk to a priest, which he simply refuses to do for a variety of reasons, but it’s silly that those facilitating his recovery aren’t open to alternatives.

The angles taken here are occasionally fresh, but Taylor-Johnson only gives brief moments of a potentially more interesting film. Dream-like sequences and occasional flashbacks to James’s drug-addled days are peppered throughout A Million Little Pieces. The entire beginning of the movie is littered with visual flourishes, and there are some incredible moments of editing throughout. The more stylistic choices made tend to occur during James’s low-points; a great sequence of him running later in the movie is cut nicely to a score done by Atticus Ross, Leopold Ross, and Claudia Sarne. It feels like something out of a 90s music video, but the intent of it also feels like style over substance.

It’s unfortunate that the intriguing choices made by Taylor-Johnson often feel like little more than stylistic flourishes. They could have worked better if conveyed as some of the potentially illegitimate moments from the memoir, but are instead treated like fact. There’s no acknowledgement anywhere in the movie that this may not have happened, and that is frankly more dangerous than helpful. The truth is there to be presented (or at least referenced), not removed from the equation because it doesn’t suit the film being made. Had A Million Little Pieces been anything more than a by-the-numbers addiction drama, there could be an argument made about the merits of omission. However, that is not the case with this generic drama.