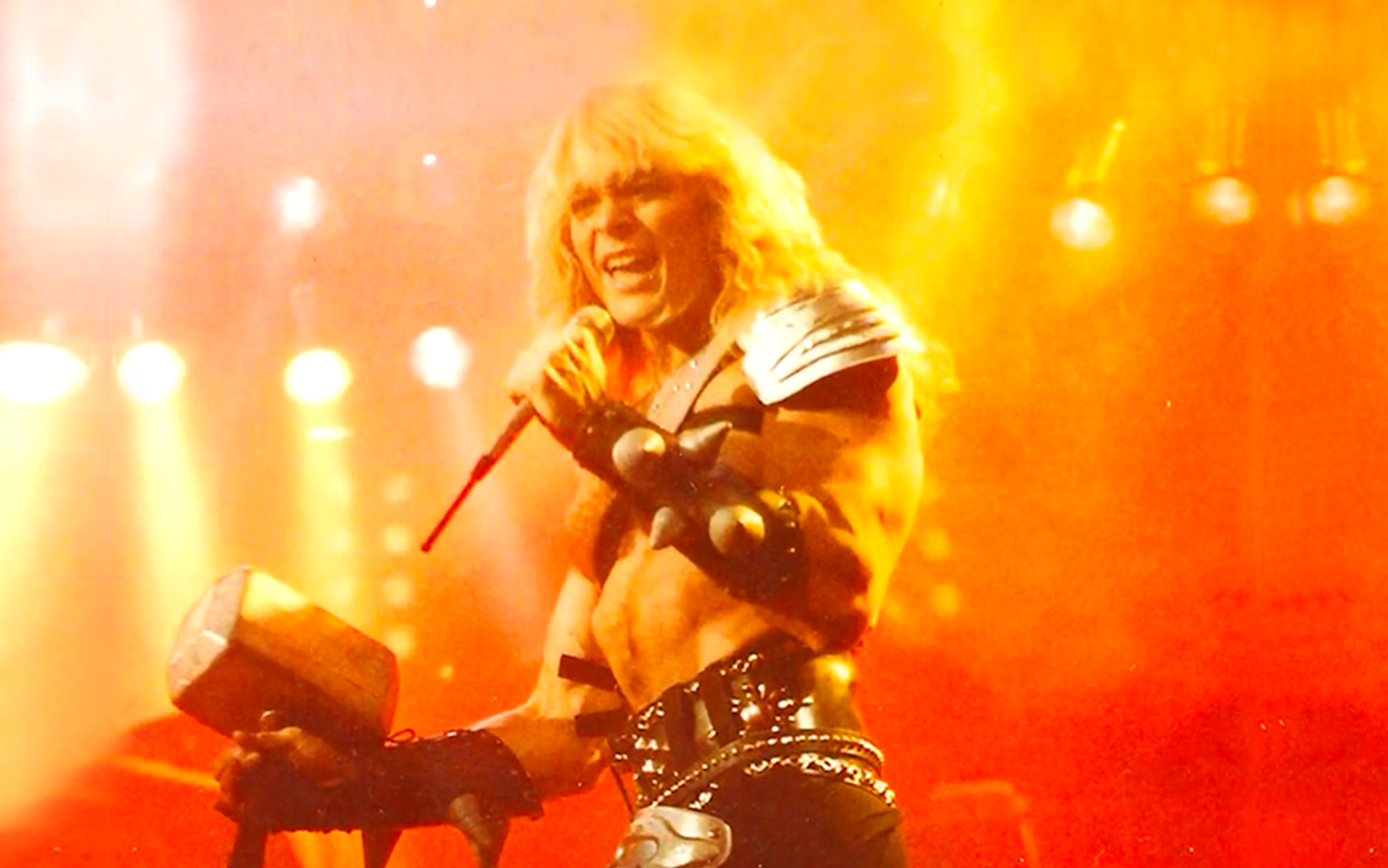 Heavy metal lyrics and performance styles are often associated with masculinity, aggression, and machismo but even by Heavy metal standards, the artist known as Thor (a.k.a. Jon Miki Thor) is an absolute beast!

The Norse god impersonator, semi-professional bodybuilder, performance artist, b-movie actor, and all-around nice guy is the subject of I Am Thor, an 84 minute documentary by director Ryan Wise which shines some insight into Thor’s wild life and documents his long-running comeback. With a music career spanning five decades, Thor is one of the legends of rock-n-roll that not enough people know exists —and hopefully this film will change that. 15 years in the making and I Am Thor is totally worth the wait.

For the unfamiliar, Thor is a Vancouver, Canada, native with a flair for both theater and music. Born in 1953, Thor had an affection for ’50s sci-fi shows such as The Adventures of Superman with George Reeves and early DC comics. As a young boy, he would dress like the Man of Steel every chance he had, including wearing his costume to school – but his interest in performing live rock music was motivated by the British Invasion, and from there he would start dreaming of a rock-n-roll act that would combine his love for fantasy and music. Although most heavy metal fans would discover his antics in the mid-’80s, the roots of Thor’s act began all the way back to his time as a bodybuilder in the 70’s. Following in his older brother’s footsteps, Thor went into bodybuilding at age 14 and went on to become the first Canadian to hold the titles of both Mr. Canada and Mr. USA. Thor decided to take his sudden celebrity status as a bodybuilder and turn it into a character based on the Viking god of thunder. Bending steel, having concrete blocks broken against his chest with a sledgehammer, blowing up hot water balloons until they explode and other various feats of strength became mainstays of his stage show. He assembled a band, wrote songs and got signed to RCA Canada, which released his 1977 album, Keep the Dogs Away – his second album, but the first to be billed simply as Thor (Prior to this, they were Thor and the Imps). It was the mid-70s and the theatrical rock era of Kiss and Alice Cooper was taking off, and so Thor’s image should have made him a household name but a murky struggle between his management company and the record label (just as the record was about to be released) left album and act orphaned when he was kidnapped. Thor’s kidnapping is just one of many shocking revelations to be found in Ryan Wise’s documentary which pays affectionate tribute to the Canadian competitive bodybuilder-turned-heavy-metal frontman. At age 60, Thor is no-longer-quite-so-buff but his youthful energy and enchanting spirit penetrate through every frame of the film. Like another Canuck rock-n-roll portrait, Anvil! The Story of Anvil, I Am Thor is both hilarious and heart-warming in equal measure. There’s something utterly inspiring about the way Thor hangs on to his dream – even when he’s having a bad day the middle-aged rocker marches on, mainly because he insists on believing that some dreams never die. The doc captures nearly five decades of the man’s life – from his stint as a naked waiter cut short when replaced by a better-endowed gentleman – to a period of time as an Elvis-in-space impersonator in Las Vegas – to landing a booking on The Merv Griffin Show – to nudie stage musicals and other oddball enterprises that distracted him from his main goal in life. The documentary itself began filming in 1999 when Thor decided to soldier onward with his never-ending comeback tour involving a revolving door of backup musicians.

The biggest surprise in a doc that primarily plays for laughs is not the pervasive comedy. It’s the poignant, even heartbreaking, moments that sneak up on you, such as when we learn of his nervous breakdown, his failed attempt at suicide and his divorce with the love-of-his-life, model/editor Rusty Hamilton, aka Cherry Bomb. I Am Thor packs a lifetime worth of drama, setbacks, and especially friendship into such a brief running time, you can’t help but wonder what’s left on the cutting-room floor. The pic crams Thor’s backstory into its first 15 minutes, spending little time on various career achievements, notably his starring roles in Canadian low-grade genre pics Zombie Nightmare – the Police Academy knockoff Recruits and 1987’s Rock ’n’ Roll Nightmare (which he also wrote and produced). In following Thor around for 15 years, the filmmakers must surely have enough material to produce a second doc about the man. His kidnapping story itself could make for a feature-length film. I Am Thor feels more like intruding on a man’s life rather than watching a movie. Thor’s a hero to many, and he deserves this heartfelt, emotional, and highly entertaining tribute. What makes I Am Thor so special is how it extracts truths out of what appear to be life’s most random moments. You’ll roll over laughing as long-time guitarist Steve Price recounts Thor’s embarrassing and somehow challenging security door clearance and you’ll quickly feel sorry for Thor during his most desperate moments, such as when he compares the lyrics of his songs to the work of the master poet and caustic social critic, Bob Dylan. At one point we see him chatting at Comic-Con with Incredible Hulk Lou Ferrigno who’s getting set to cameo in an upcoming Marvel film; while Thor desperately tries to convince both Ferrigno and himself that he has big projects on the horizon you can’t help but think Ferrigno doesn’t believe a word he says.

There’s a silver lining here as Thor is invited to play multiple music fests in Sweden and Finland, reuniting with his old bandmates for a series of big shows. Thor may not be famous stateside, but he’s a star in Scandinavia, where he’s treated like royalty by fans who get autographs tattooed on their bodies (including their but). Striking a perfect balance between admiration and amusement, I Am Thor is an inspirational documentary which provides witness to the power of the human spirit. I once heard someone say that Thor suffers from delusion of grandeur. I call bullshit on this claim. Above all else, Jon Mikl Thor is a modest, down to earth, humble, and relentlessly positive entertainer who loves what he does (even through hard times) and more importantly, loves his fans. Success isn’t measured by how much money you make, and judging by Thor’s life experiences, I’d say he’s accomplished more than most people would dream. To sit with this documentary and witness Thor’s extraordinary life unspool before your eyes is to understand that the man is indeed, a living legend. 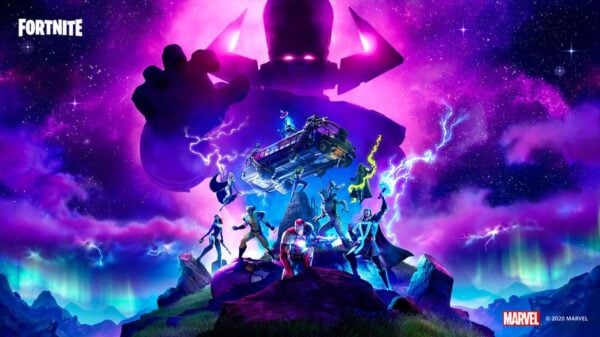 Fortnite has had its fair share of criticisms over the years. From the faceoff between Epic Games and Apple to the horde of angry...

The documentary explores the tremendous impact and legacy of the popular video game franchise within skateboarding culture.

‘Laurel Canyon’: A Snapshot of Music as Magic

Sometimes a sort of magical collective of artists can form as if out of thin air.