You join me in sombre mood this week, following another oh-so-near with England’s disappointing defeat in the World Cup semi-final. It’s at times like this, I like to head back into the world of video games for it to hold me close, rub my feet and whisper in my ear that everything’s going to be alright. I’m sure you’ll likely agree that, in terms of video game news, that can sometimes be a fool’s errand, but luckily this week saw the release of a few lovely little games – just what I needed to forget all about that football nonsense. Never liked it anyway, yeah?

I’m not even sure how excited I am for Code Vein – typically referred to as “Anime Dark Souls” – but there was some truly baffling marketing work from publisher Namco Bandai this week. A smattering of character trailers was released over the last fortnight, including one for Revenant leader Louis on Monday, and all of them proudly displayed the game’s release date as being September 28th. Come Wednesday, however, and the game was delayed into 2019. Outstanding.

How can a publisher go from releasing a trailer to delaying the game within three days, I hear you ask? Well, I don’t know because it’s mental, but Namco Bandai did explain their reasons to Gamespot for the delay. Let’s play a game – you guess what their reason is and how much PR speak is in there and then match it up to their actual statement. If you get it at least 50% right you could work in video games PR. Ready? Here we go:

“Code Vein has received an enormous amount of positive feedback from eager fans who have received hands-on time with in-development versions of the game over the past nine months. Armed with knowledge of how well the game has already been received, we made the decision to postpone the release of Code Vein to further refine its gameplay in an effort to exceed the expectations fans already have of the title. It was a difficult decision to make, but we feel it is the correct one.”

Hey, it’s just how the Japanese do things, alright? There was no concrete date other than 2019, so we’ll all just have to play the waiting game before we can finish waiting and play the game.

One game that certainly isn’t delayed is the Nintendo Switch exclusive Octopath Traveler, which released yesterday. Square Enix’s homage to their 16-bit JRPGs of yesteryear seemed to have acquired something of an ominous feel to it after its demo failed to truly wow players. If you’re the kind of person who pays attention to review scores and aggregate sites, the news is reassuringly good. If you’re not that type of person, then you’re going to have to be for the next few seconds, because I’m going to talk about its review scores on aggregate sites. 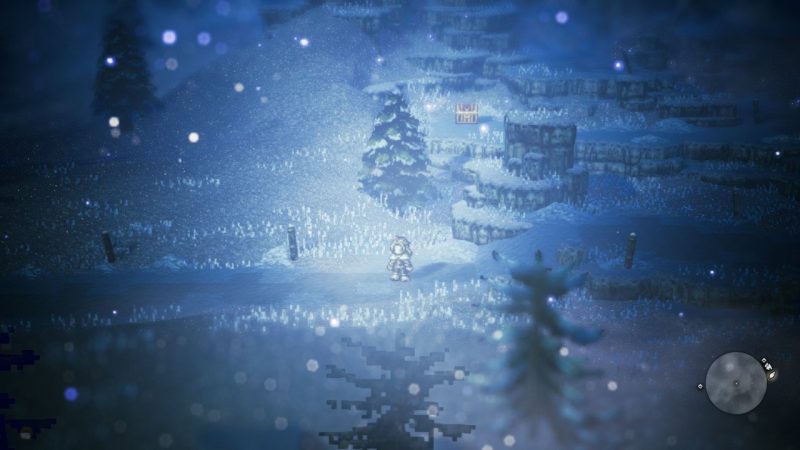 I screencapped at a moment where the character blinked. Trust me, they DO have eyes in this game.

The game is currently sitting at an 84 on Metacritic and you’ll be able to read our verdict of it when Kyle Rogacion’s review hits in the near future. For now, it seems the general consensus is that the game is, obviously, absolutely gorgeous and has a very addictive battle system, but the stories of the eight playable characters don’t necessarily interact with one another in a satisfactory way. One thing seems certain – the game feels very much like a classic JRPG that is playable in beautiful “HD 2D” on the go.

I remember when Overwatch League first hit and I couldn’t get enough of it. Granted, I was also elbow-deep in the orifices of Overwatch competitive at the time, and haven’t since touched the game for months, but it seems like the rest of the world simply doesn’t share the lethargy that set in for me as the first season drew to a close. The proof-filled pudding for this is this week’s announcement from Blizzard’s and Disney that the inaugural Overwatch League Playoffs will be shown on Disney’s network of channels including ESPN, Disney XD, and ABC.

This is huge news for competitive eSports, as Overwatch League enters unprecedented territory. Disney and ESPN executive Justin Connolly said to Gamespot that the “Overwatch League Grand Finals represents the network’s most comprehensive television distribution ever for an eSports tournament on a single weekend.” 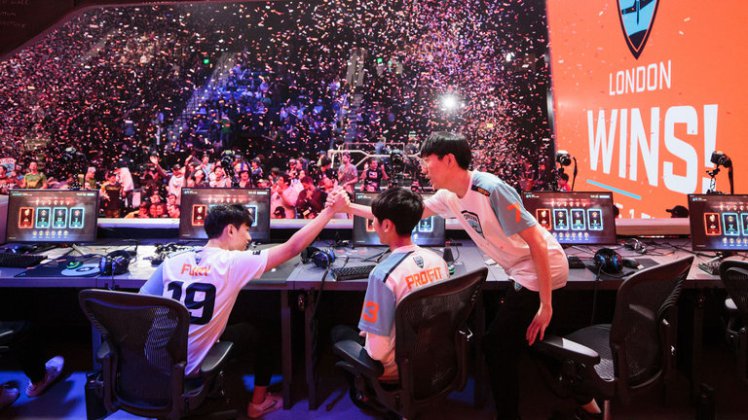 Shout out to all my Korean bros representing my nation’s capital! I don’t even know if they’re good any more.

What’s more, a “recap show” will mark the culmination of the tournament and be broadcast on ABC in a primetime slot – which is absolute madness if you ask this casual observer. A video game tournament on primetime TV is huge news, and you have to think that if Fortnite ever followed suit, it could smash all these achievements into oblivion. For now, though, Overwatch has the biggest willy in eSports, and it’ll be very interesting to see the type of audience it pulls, which could be vital in deciding the future of televised eSports.

’20XX’ Hits Consoles And is Glorious

It may be more derivative than plagiarizing the dictionary definition of derivative in an essay about what the word derivative means, but 20XX is still an absolutely superb video game. Aping both Mega Man X and Zero in a procedurally generated ‘roguelite’ is a tantalising appetizer for the lead up to Mega Man 11’s October 2nd release.

The game was actually released on Steam in early access after a successful Kickstarter campaign back in 2014, so it’s hardly a ‘new’ game, but with the long wait for a console release finally over, I can assure you that the transition from PC has been a very faithful one. 20XX is a buttery-smooth, mechanically tight action-platformer that feels just like Mega Man, with all the ability-stealing and punishing difficulty you could ever ask for. 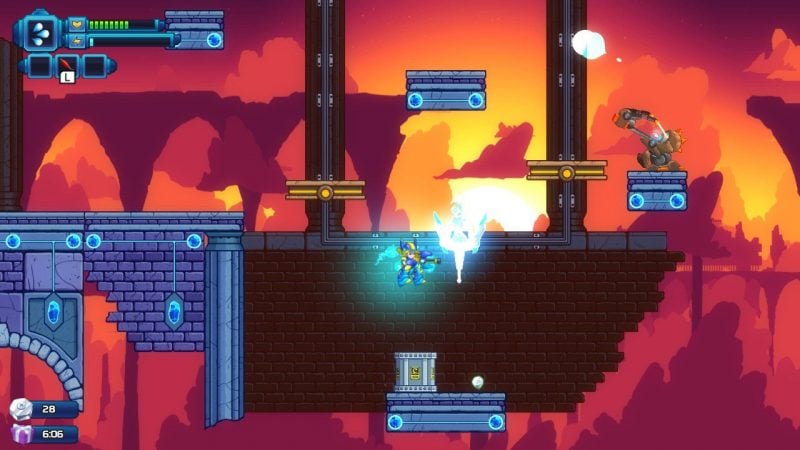 It’s out now on all consoles, but the Switch version seems like the best place to play it, with its perma-death mechanics allowing a quick hop in when you’re on the go. Procedural levels mean that repeat plays feel fresh, and passive upgrades that can be bought with scrap found in levels means you’re still upgrading and unlocking even if you strike out on a later level. Of course, the game being released on consoles naturally coincides with it being included in the Steam summer sale, so you can now feel doubly fucked over as you waited four years to buy the most expensive version of the game possible! Oh, boy!

Nintendo’s Eyes Are Bigger Than Its eShop

I’m starting to think that an executive will say any old crap to a shareholder to stop himself getting shitcanned. So it goes, that at the Nintendo’s 78th Annual General Meeting of Shareholders, SEO Susumu Tanaka spouted this insanity:

“We started working with indie developers during the Wii U generation. For Nintendo Switch, we set up a development environment that supports Unity middleware, which is used on smartphones and other platforms. In the future, we are looking to release around 20 to 30 indie games on Nintendo Switch per week, and we definitely expect to see some great games among them.”

U wot m8? 20 to 30 indie games on Nintendo Switch PER WEEK?! Even if he’d said per month, that’d be way too many. Look, don’t kick me in the dick for being that guy who doesn’t want more games on Switch but there’s a limit, right? All you have to do is look at the absolute deluge of shit that finds its way onto Steam on an almost daily basis and you can surely see that the Nintendo Seal of Quality just can’t stretch over 30 games a week. For the numerically lethargic amongst us, that’s an average of four games a day, and 1,560 new games a year. Are you going to play four new games every day? Bollocks are you. 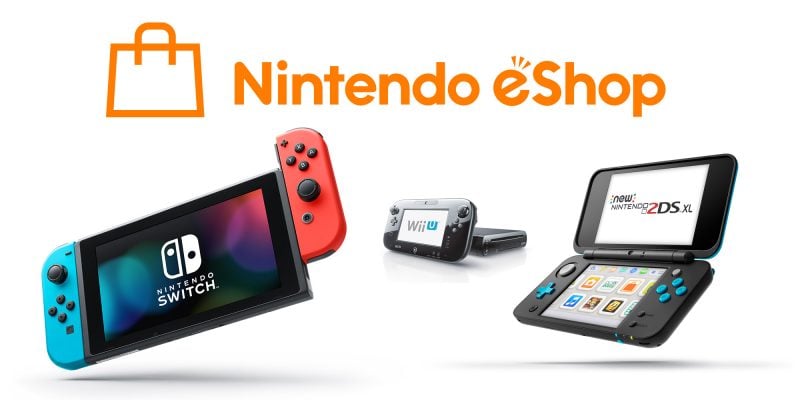 To think – the eShop may not be the bastion of quality it currently is for much lon… I’m sorry, I can’t finish that sentence.

It’s become very clear in recent months that Nintendo is more than happy to let quality indie titles paper over the cracks in its major release calendar, but this is more like boarding up a window. I can’t see anything nice anymore! If Nintendo is ever to actually make something of this claim, it’s definitely going to have to work on the abysmal layout of its eShop. Nothing is categorized, the Recent Releases page can barely fit nine new games on it (let alone 30 per week), and the search function is spotty at best. For the moment, Nintendo is just about hitting the sweet spot in terms of its indie library, so here’s hoping that Tanaka’s got some bloody good games to back up his bravado.

One game that can happily hit the eShop is Polytopia, which I’m going to go play on my phone for the next several hours. See you in seven!

‘Kill la Kill’ Review: A Cut Above the Rest