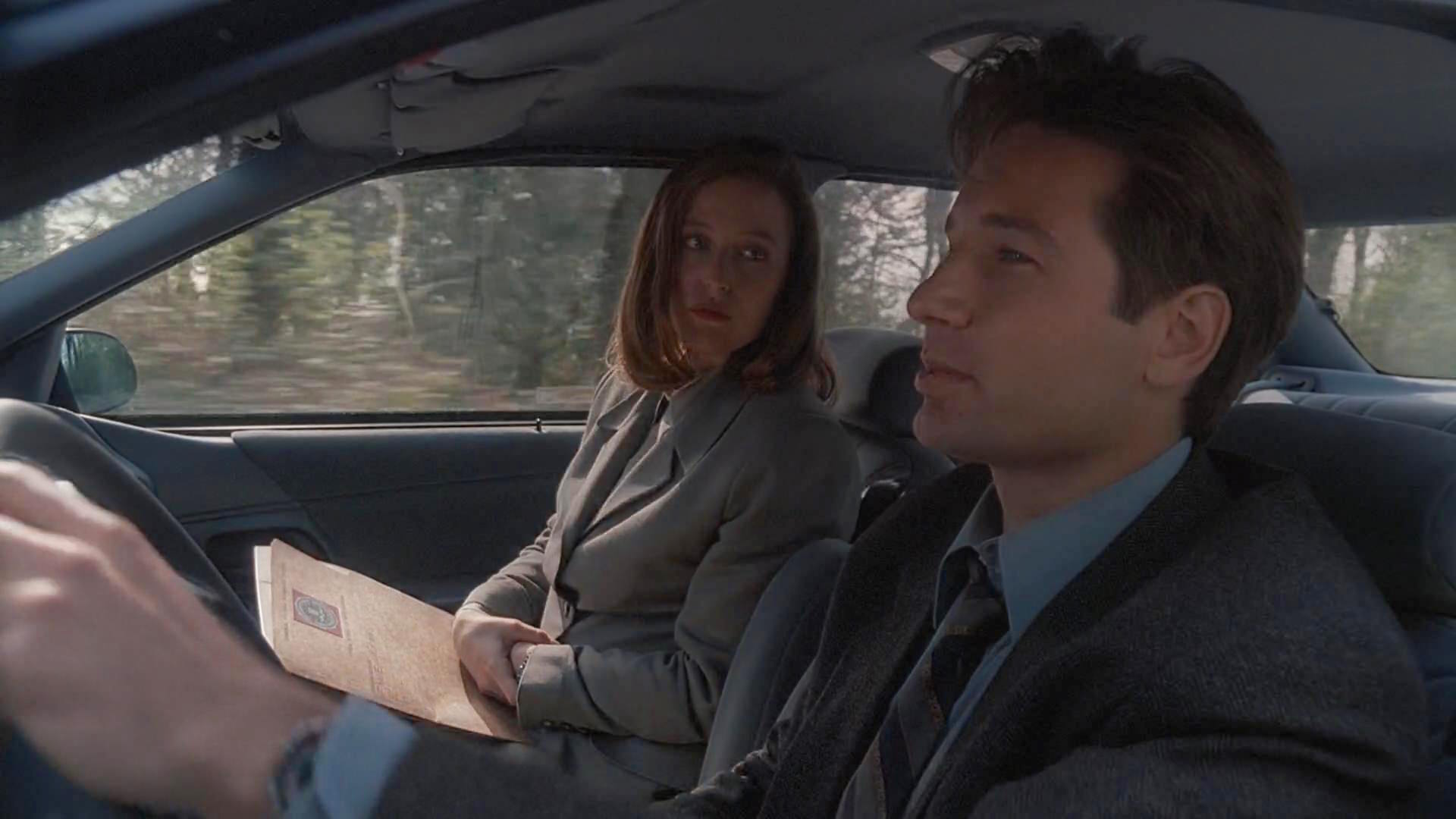 Though it bore a divisive premise and stubborn personality, as open to gentle mockery and parody as much as it was devoted adoration, there can be no denying that The X-Files was a show that became both iconic and a vital component of a new wave menagerie that defined 1990s television. Billed as a character-driven crime procedural that happened to deal in the paranormal, with conspiracy theories given as much focus as the investigated murders or missing persons, it would grow into a monstrous phenomenon spanning nine years and two movies under the ambitious tutelage of journeyman writer Chris Carter and set the tone for a new generation of high concept serial drama. Considering its reputation – and latter-day hubris – it is interesting that a return to its roots shows a far different vision than that hinted at by UFOs, Illuminati shadow groups, and super soldiers.

The manifest destiny of The X-Files may have turned out to be a modern fairy tale set in a fantastical world, but at the beginning, things were far more grounded. Inspired by true events, as the opening title card reveals, the pilot episode bears a grimy and low-fi sensibility. It is as if The Night Stalker has been mated with The Silence of the Lambs. Impressively, the use of the FBI has a modest touch; field offices are mundane and drab places filled with overstuffed filing cabinets and white walls; their agents are colorful, distinctive personalities rather than uniformly stoic suits sweeping into crime scenes enigmatically; breakthroughs in invasive, groundbreaking study and investigation are hampered by bureaucracy and personal prejudice. It quickly puts us at ease following the rite of passage undertaken by scientifically minded, committed idealist Dana Scully, as she is given the strangest of first assignments.

Rather than betraying the low-budget necessities of the show’s opening days, the central mystery of the episode is more mysterious by its simplicity. Teenagers from the community were disappearing in a patch of woods near their Oregon hometown, kidnapped and returned hours later with strange marks on their neck and no memory of the trauma. We get a fleeting glimpse of this occurrence as a young man, shirtless and face obscured, cradles the abductees and carries them into a sea of light and air emanating from the heavens. Just as soon as we see it, it is gone, and we are on the path of the investigators. Gillian Anderson’s Scully, a young and educated rookie agent in the Clarice Starling mold, is tasked with partnering up and ultimately observing the Bureau’s black sheep. This is Fox Mulder, a laconic and eccentric investigator of ferocious intelligence who has forsaken his career in favor of the obsessive pursuit of the inexplicable. Sitting alone in his basement office, mocked by colleagues and shunned by his superiors, former golden boy ‘Spooky’ devotes his time to solving cases lodged in the ‘unexplained’ category, also known as ‘X files.’

And here we have the heart of the episode, which means the show right from the start transcended gimmicky procedural in favor of something deeper. Mulder and Scully head to Bellefleur in search of the ‘truth,’ with Scully logging the movements of the case and adding a skeptical counterpoint to Mulder’s unworldly convictions. Rather than butt heads, however, Mulder sees through Scully’s purpose in being assigned and chooses to play with it, treating his new partner as a potential student and weathering her doubts and slights with good humor born of absolute conviction in himself. Likewise, Scully, initially puzzled and then irritated by Mulder’s leaps outside of the realms of known science, finds herself drawn to him and, through the case, finds some morsel of credibility to his pursuits. Thus, a double act that would become one of television’s most famed and celebrated partnerships is fledged in a series of intellectual debates and a final denouement that defies comprehension or clarity.

Though it may look and sound different to later episodes, shorn of its unmistakable opening credits sequence and theme song, the Pilot sets the tone for much of the series in its initial salvo while telling a story with deeply cinematic sensibilities that further ignores the demand for ‘monster of the week’ formatting. Conventions are ignored at every turn. There is no grand reveal at the end of the episode, meaning the case does not escape the category of unsolved. Only a vague glimpse of the truth is achieved. Mulder’s assurance that the teens are alien abductees conflicts directly with Scully’s assertion that a person is responsible for their disappearances, yet by the end, neither is proven correct. The mystery remains in place. If anything, we are given more substance as the episode ends with the soon-to-be-legendary Cigarette Smoking Man filing away crucial evidence in a Raiders of the Lost Ark style warehouse.

Further to this, we get an unusual portrayal of the Bureau rarely seen in such material (aside from Twin Peaks, perhaps). The central characters’ status as federal agents suggests they will enjoy a great deal of the power of investigative freedom since they work for an organization usually shown to be intimidating and overpowering. Instead, Mulder’s nature and the lack of departmental backing means the duo are isolated and without help in their quest. At the same time, the various witnesses and victims are reluctant to help, especially when aliens are mentioned. The best evidence is obtained through breaking and entering, midnight sojourns into the woods, and odd experiments on empty roads. Although they are the law, the pair cannot stop the forces that be from sabotaging their case, in this instance burning down a coroner’s office housing a simian body found in a man’s grave. They may work for the government, but Carter makes no bones about the fact that Mulder and Scully are the underdogs.

Crucially these are underdogs we can root for, and not just because they are truthseekers. While the mysteries that come are suitably murky and ambiguous and worthy of audience engrossment, the show’s success and the pilot’s strongest component are the agents’ central dynamic. The lack of a clear explanation is not frustrating because, through the travails, we get to enjoy the blossoming of a relationship that is as deep and complex as it is sparkling. David Duchovny and Carter fashioned a modern-day fictional legend with Fox Mulder, a man whose commitment to his cause is sweetened by his charm and openness in the face of persecution and scorn, and his entanglement with Anderson’s Scully becomes an ongoing debate rather than argument, fueled by strong mutual respect that would grow with every episode. The episode’s close isn’t the first hour’s breakthrough moment; that comes sometime earlier with a taut and fascinating late-night motel room scene as Mulder explains to Scully the personal motivations for his obsession.

In this respect, the pilot stands tall not just because it sets up a long-term project of huge interest but also as a sharply written mini-movie featuring superbly understated performances from the two leads. That the two characters can bear such contradictory attitudes and stances on the world and their field, the skeptic versus the explorer, and yet both come across as justified and sympathetic and convincingly avoid the pitfalls of rivalry and resentment is a Chris Carter masterstroke. Of course, this relationship would eventually have to develop into the romantic after so many years of toying, and the mysteries they investigated would, in turn, become convoluted mythology as fragments of revelation piled up and compounded into a whole, but in those early unrequited days the unknown, both in case of work and in personal connection, was tantalizing. It is the ultimate in romance without any of the romance, all hints and nudges.

The show’s genesis into the behemoth that it is today all stems from that low-budget case in Oregon and the mystery that they never quite managed to solve, and for that alone, the Pilot episode deserves iconic status. In fact, it would be revisited seven years later as a closing of the arc in Requiem, a provisional series finale when contractual issues meant the show could well have seen its final sunset. Watching this episode, perhaps the natural conclusion to The X-Files provides the best contrast. By then, all was known if not proven and the characters had given in to their unbreakable bond. The journey was complete, a journey that began auspiciously in smalltown Oregon, without the theme song, and set in motion a television great.