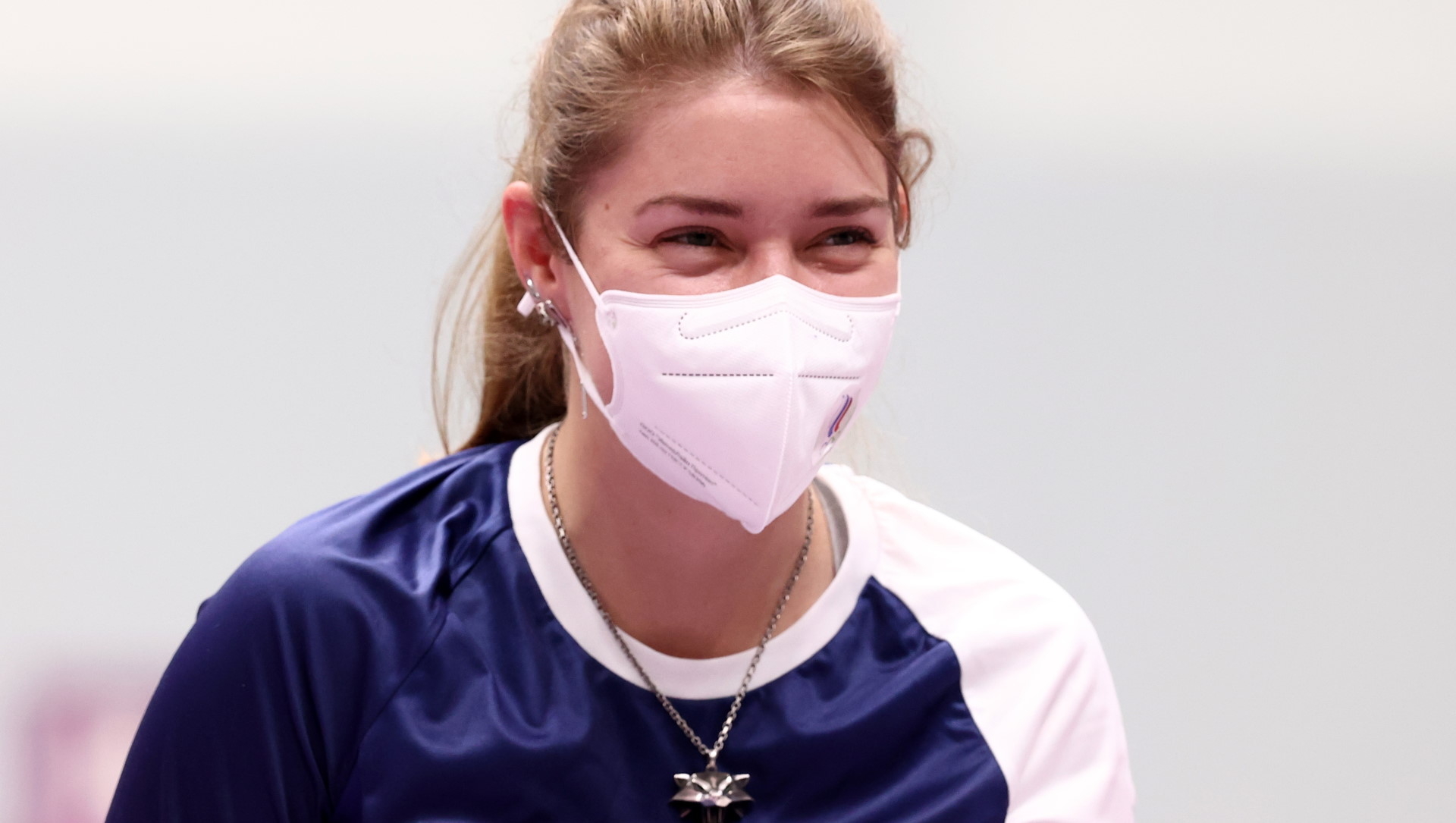 The Witcher is a franchise that started off as a popular Polish book series by Andrzej Sapkowski before it was adapted into a highly thought of and well-received video game series from the Polish video game developers CD Projekt Red. It then made the leap to the small screen, becoming a Netflix series starring Henry Cavill. The Witcher is now going even more global than it already is as the franchise made an appearance at the 2021 Olympic Games in Tokyo thanks to Russian Olympic athlete Vitalina Batsarashkina.

Batsarashkina is a shooter who competes in the air pistol events and she made headlines this year by winning the gold medal at the 10m Air Pistol Women’s event whilst wearing a particular accessory. She wore the School of Cat medallion- a medallion worn by the character Ciri in The Witcher-, showing off her love for the franchise whilst going for, and ultimately winning- the gold medal. This isn’t the first time she displayed her affection for the series as she wore a School of Wolf medallion from The Witcher back at the 2016 Olympics in Brazil- where she won silver- as well as video game-themed shooting glasses that included some Witcher art as well as art of American McGee’s Alice games. This is the kind of athlete that we need in the future of the Olympics.

Radek Grabowski- lead PR manager at CD Projekt Red- acknowledged Batsarashkina’s choice of accessories during her win in the Tweet below. It is so cool to see someone like an Olympic athlete displaying their love for a franchise that so many people are fond of. I know that I will sometimes get nervous if I want to wear a video game or movie-themed accessories like a necklace in case people think I’m weird or an obsessed fan but seeing someone like this happily do so is encouraging for all of us nerds out there. Congratulations to Vitalina for her win!