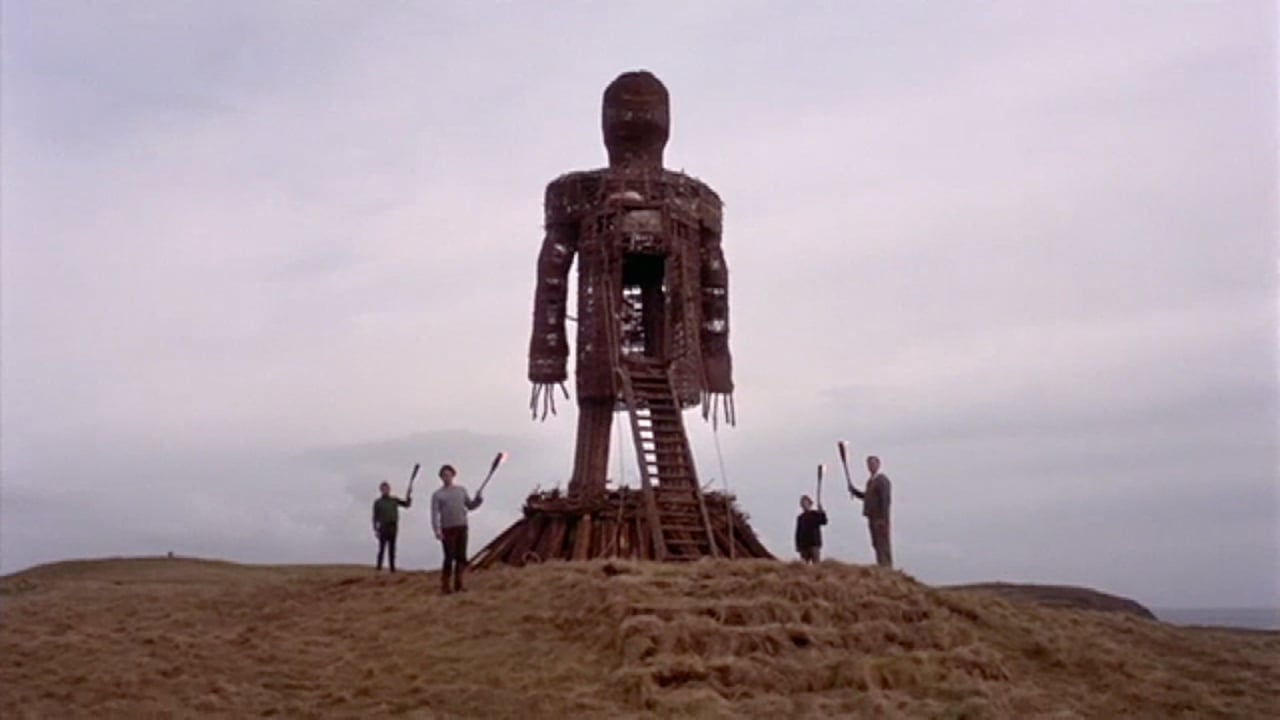 There is no denying that this early ’70s British export criss-crosses genres as easily as it defies audience expectations; even today, for first-time viewers. Robin Hardy’s The Wicker Man is a film that rejects categorization; it can be considered a horror film, but also a psychological thriller, a musical, a melodrama but perhaps it is best described as a prime example of a short-lived sub-genre known as “folk horror”.

Arguably one of the greatest cult films to emerge from England, The Wicker Man presents the pagan elements objectively and accurately – accompanied by authentic and stirring traditional Celtic music, a believable, contemporary setting (shot around a remote Scottish isle) and with riveting performances by the ensemble cast. The film’s production history is as infamous as the movie itself. The Wicker Man was a misunderstood work of art passed through several unsympathetic distributors, butchered through several versions, and receiving only a minor, apathetic release, before being shelved outright. It has seemingly defied the odds, picking up a powerful reputation along the way and surviving despite what feels like a conspiracy to erase it from cinematic history: The master negative was lost when it was accidentally packaged along with a shipment of disposable material buried beneath the under-construction M3 freeway. Thankfully The Wicker Man has endured, in large part due to the persistence of actor Christopher Lee who calls it the best film he ever appeared in.

First-time director Robin Hardy does a stellar job; his modest directing keeps things tense and scary, despite giving the film a brightly-lit, sunny shine. The movie is chilling but bloodless – there is evil here, lurking about, but it doesn’t become quite clear until its unforgettable shocking third act. The ending is brilliantly realized, keeping things provocative, unsettling and outright bizarre. Those final images will burn in your memory long after the end credits roll, a scene as painful to watch as is the expression on the detective’s face. A crucial and often overlooked element to the film is the soundtrack, which often forms a major component of the narrative. As music was extremely important to the Celts and their Druid priests, Hardy elects to move a portion of the story along through song rather than dialogue. Composed, arranged and recorded by Paul Giovanni and Magnet, the soundtrack contains folk songs performed by characters in the film, varying between traditional music, original Giovanni compositions, and even nursery rhymes. These Memorable tracks accompany several key moments, such as Willow’s dancing, the maypole dance, and the final sequence. In all, there are about five musical numbers including one that was cut from the theatrical version but remains intact in the extended director’s cut.

The Wicker Man was written by Anthony Shaffer, best known for his play Sleuth. This was his first original screenplay, which was to be financed by

British Lion in an attempt to revive that studio’s former status. The brilliance of the writing is such that although the movie utilizes horror staples and adopts the whodunnit formula, it works equally well as a cautionary tale. From the moment Howie arrives on Summerisle, responding to an anonymous tip about a missing girl, it’s clear that something is off kilter. The film warns of the consequences of religious zeal. Like Sergeant Howie trying to investigate a missing child, we find ourselves asking the wrong questions, wandering ever further off course. Like many of the best horror/thrillers, The Wicker Man works best in continuously surprising audiences by relying on carefully-disciplined suspense rather than cheap, theatrical shocks. The Wicker Man is quite simply a one of a kind, a masterpiece and a film that demands to be seen.