There are many things in this world that cannot be explained. People often claim that magic and super powers are beyond human capability, and attempt to explain everything with facts or logic. But what if there are unimaginable forces at work around the world, and Eiichiro Oda is trying to tell us about them?

One Piece boasts the title of Japan’s best-selling manga, and for definitive reason. To most new readers or viewers, One Piece is equivalent to Attack on Titan’s Colossal Titan: too large to even fathom conquering. However, catching up to Luffy’s current journey rewards viewers immensely with unending suspense and action, as well as some of the most intricate plot connections that the author Eiichiro Oda has seemingly thought out since the first chapter. 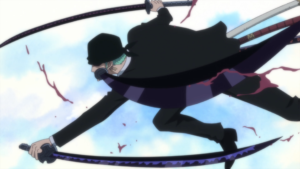 In this animated universe, like many others, there is a form of power that measures ones strength, comparable to Chakra in Naruto or perhaps even Quirks in My Hero Academia. This strength is called Haki and can be split up into three distinct categories:

Armament/Color of Arms Haki (Busoushoku Haki): The armament ability allows users to harden their body either entirely (if well-trained) or in sections to enforce body parts to be stronger than steel and weapons. Luffy is often seen using Armament on his fists in order to hit opponents. The other strength of using armament is the ability to hit Devil Fruit Eaters who possess the powers of a Logia, essentially turning their body into an element (i.e. Fire, Magma, Ice), making them invulnerable.

Observation/Color of Observation Haki (Kenbunshoku Haki): Observation Haki allows users to sense opponents, or even non-hostile targets around them. The extent of this ability depends solely on the user, but if trained enough it is known that users can see slightly into the future. Other uses of this ability include sensing far distances, a skill that Luffy’s crew sniper, Usopp, displays during a critical time in the series.

Conquerors Spirit/Haki (Haoshoku): The most mysterious of the three so far. All we know is that one must be born with this ability, it cannot be learned. The only characters in the series that have been shown to have this ability are all among the upper echelons of the pirate world. This ability allows the user to perform dramatic feats that would otherwise be impossible, and manifests in the form of normal people passing out in the presence of a Conqueror. Not much beyond this is known about this form of Haki.

These abilities are exaggerated in One Piece to intensify the battles, and Devil Fruit powers are surely not of this universe. But Haki and how it is explained seems oddly … real.

Shaolin monks have proven that they can balance themselves on spears and take blows from potentially lethal weapons (such as ELECTRIC DRILLS) and come out unscathed.

Legendary boxers such as Mike Tyson or Muhammad Ali have displayed incredible sequences of dodging punches. We’ve all seen the GIF of Ali literally dancing against his opponent, who to his own dismay could not land a single blow on a cornered Ali.

Have you ever instantly noticed someone’s presence as soon as they entered your vicinity? Or perhaps you’re the type that feels everyone turns their heads at you everywhere you go? The human aura is a real thing, and sometimes it is enough to drive decisions and even be the deciding factor in day to day interactions with others. The world’s elite may not have gotten there simply through hard work and dedication, maybe they were just born with it.

Although it’s unlikely that Oda is saying people can knock others out with the power of their mind, or harden their skin into blackened armor, I sense a broader metaphor for Haki in One Piece that brings it close to reality, and that is one of the many reasons that has made me a lifetime fan of Luffy and his quest. 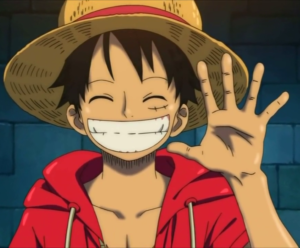 That should shed some light on why One Piece has gotten the recognition that it has, and serve as a testament to its creative qualities. You can follow Luffy’s journey to become pirate king by tuning in weekly to Crunchyroll, and with that I will leave you with Luffy’s catch phrase: “Kaizoku ou ni, ore wa naru!” (“I’m going to become the next Pirate King!”).