It is rare that you find a franchise that has managed to stay fresh and popular (though not entirely uncontroversial) for as long as that of Pokémon. With the ever-increasing growth of this pop culture phenomenon, came a plethora of toys and games that began with the creation of the Pokémon Red, Blue and Green video games for the Game Boy way back in 1995. Let’s take a look at some of the various toys that Pokémon has released throughout the years. 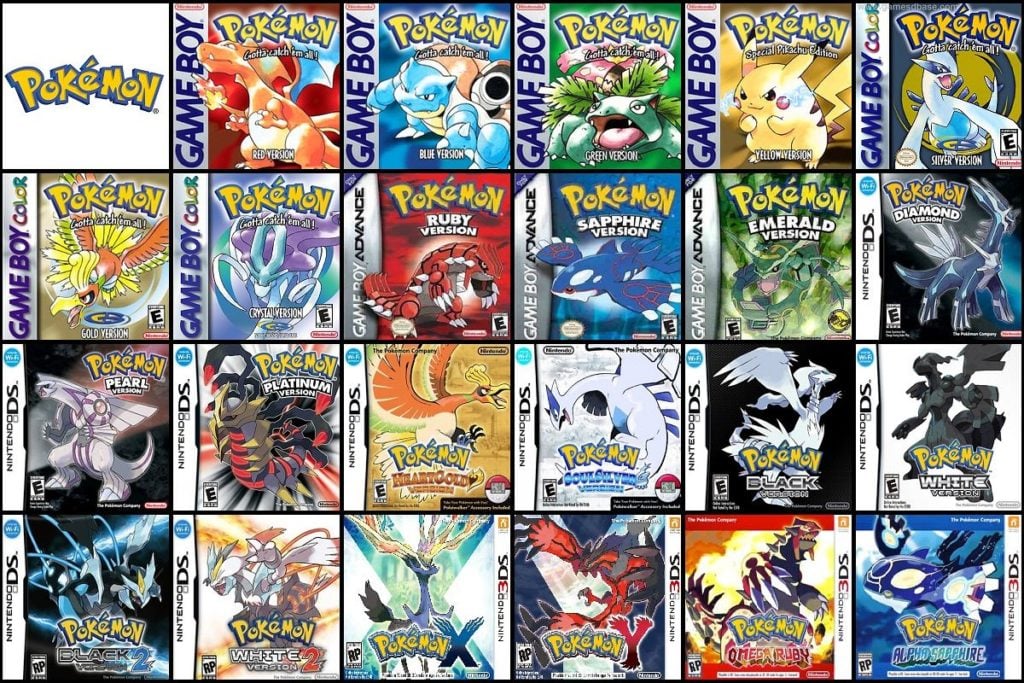 It is impossible to discuss Pokémon without bringing up the video games as this is where the whole franchise started. The Game Boy games set off the franchise and were and still are, incredibly engaging. I remember that I had a used copy of Pokémon Red that had a save file still on there from someone who was clearly a lot better at the game then I was. I lied for a while to my friends and my brother and said that I had managed to complete the game quickly and had levelled up my Charmander to Charizard equally fast. Guilt plagued me and I fessed up eventually but the experience showed me just how cool you could be considered by your peers if you were an expert Pokémon player. Despite my love of the Game Boy titles, it was the Nintendo 64 game Pokémon Stadium that truly got me into the franchise in a big way. I would play it for hours on end after school as it had an array of various game modes, including mini-games that I wasted way too much time on. It also had the added benefit that you could transfer your Pokémon from the Game Boy game into the N64 game. These games would go on to spawn multiple generations, with the eight generation beginning recently with the release of Pokémon Sword and Shield. There’s no doubt that the games initiated the franchise and are arguably the most popular toy to come out of it.

Another one of the big toys to come out of the Pokémon franchise has to be the Pokémon Cards. Although originally intended to be played as a trading card game, many people –myself included- would treat them as collectibles rather than focusing on the game element. Collecting all the cards has been a life-long goal for kids around the world. The cards also became a staple of the franchise, with kids of the 90’s going wild for them. I remember the feeling of excitement that would come with getting a new pack of Pokémon cards. There was always a sense of hope and longing for that one rare shiny that you needed. Not to mention the crippling feeling of disappointment when you got yet another Diglett or Machop (I had so many Machops). Pokemon cards were something that you could share with your friends if they were also into Pokémon, making purchasing a pack of cards a fun and social event.  Fun fact: I brought in all of my cards to school once to trade and someone stole them all. Because of this, they ended up being banned from my school entirely. That was me. I was that kid.

The action figures of various Pokémon came in all shapes and sizes. Whether it was a Pikachu with light-up cheeks, a bouncy ball with a Pokémon inside it or actual Pokéballs, action figures were and still are one of the staples of the Pokémon toy market.

No Pokémon collection could be complete without a plushie or two. Pikachu was a big favourite of course but there was a wide variety to select from back in the day, even if it may seem like a paltry selection in comparison to the amount you can find around today.

The real-life Pokédex from the ’90s was the toy that got away when I was a child. I pined for it for so long as it was not only a cool electronic gadget, it looked just like the Pokédex from the anime series and I wanted nothing more than to live inside that world and be a Pokémon trainer. What seems so simple in this day and age seemed a technological marvel to me and I’m sure it felt the same way for a lot of kids back then. I never did get that Pokédex though. I don’t want to say that it emotionally scarred me but it basically emotionally scarred me.

The Pikachu Tamagotchi was pretty much exactly what you might expect. A Tamagotchi but programmed with everyone’s favourite yellow Poképal Pikachu. The user would have to care for Pikachu appropriately and if you didn’t, you would be scarred for life knowing that your lack of responsibility killed Pikachu. I did actually get one of these but I lost it somewhere in the messy confines of my room. The worst part was that I could still hear it beeping from time to time but no matter how hard I looked, I just couldn’t find my poor electronic Pikachu. The beeping became quieter until finally, it stopped altogether. It wasn’t until years later that I found my tiny Tamagotchi. It was a reminder that I, like many others I’m sure, was technically a Pikachu murderer. Rest in Peace Tamagotchi Pikachu. My carelessness may have killed you but your memory lives on.

The Legacy of Pokémon Toys 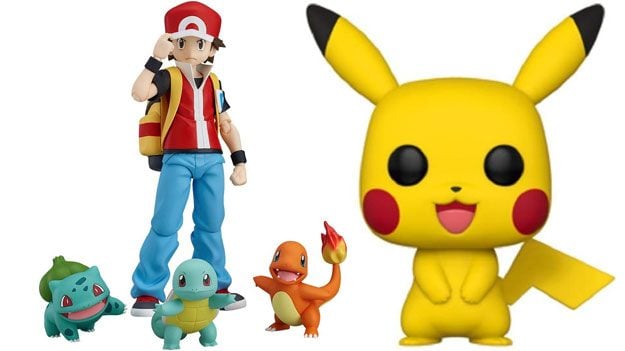 The Pokémon franchise- and the huge variety of accompanying toys- will continue to play a large part in the lives of kids and adults all over the world. They were such a large part of my life as a child that the franchise influenced my way into adulthood. I would often take comfort in the fantasy world of pocket monsters during the toughest times in any child’s life. Issues such as trouble at school, arguments at home and losing friends were all prevalent in my life like many others. I would often feel like an outcast as I was so different at times and felt like I was constantly putting on an act to make friends and be like everyone else. But when I got home and switched on the television to watch Pokémon, picked up a console to play the game or just cuddle with my Pikachu plush, I would feel a little less alone. It is amazing to me to know there are kids out there now- two decades later- who feel the same. Here’s hoping there’s someone out there who is also hugging their Pikachu plush and realizing that maybe one day everything is going to be alright.

Beanie Babies: The Collectables with Heart