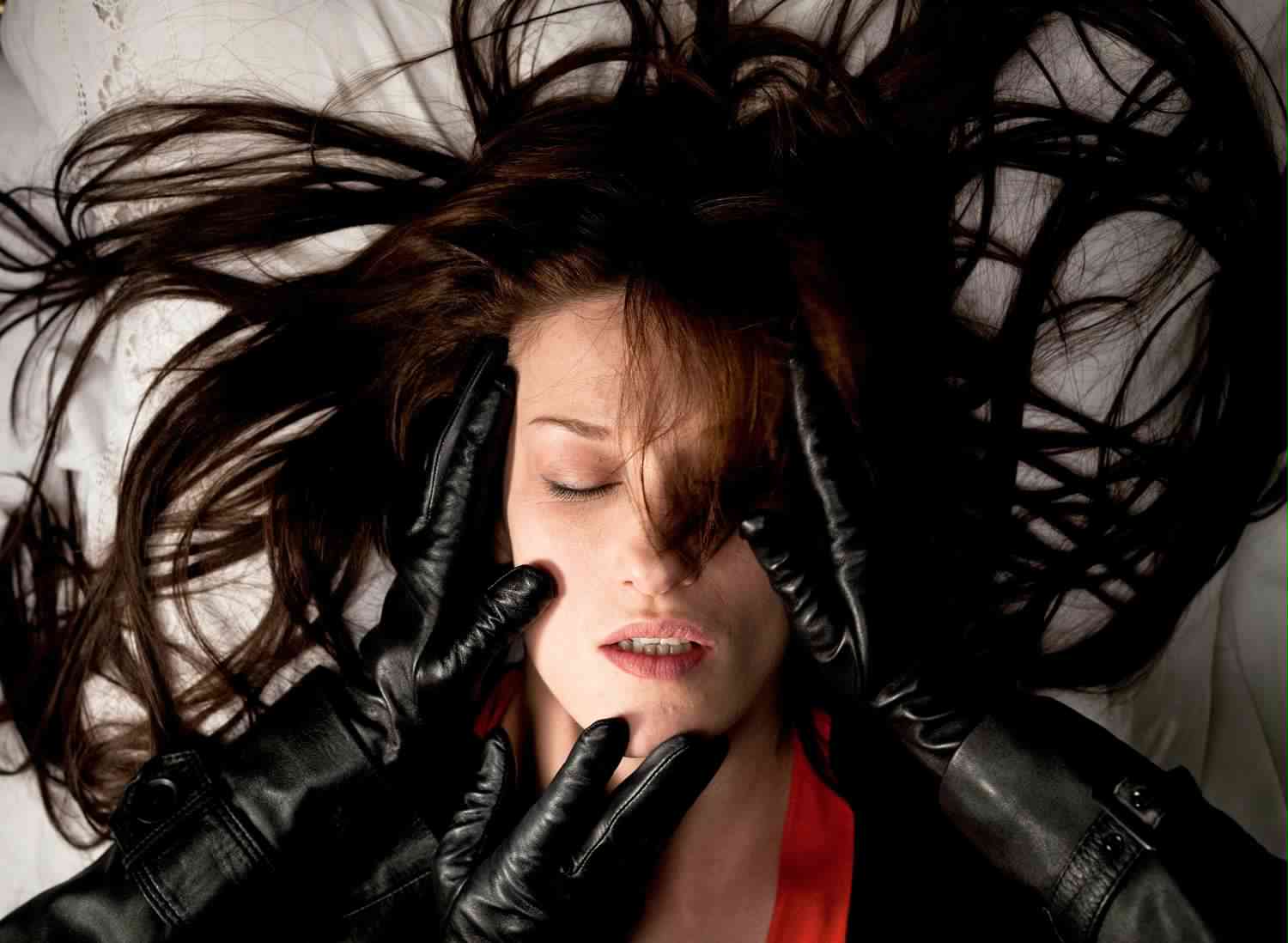 31 Days of Horror: The Strange Color of Your Body’s Tears

The first 45 minutes of The Strange Color of Your Body’s Tears lay the foundation for a full-throated suspense thriller that might have felt at home in the ‘70s.  Sadly, the last hour degenerates into a monotonous slash-fest that’s too preoccupied with its own weirdness to bother with our enjoyment.  By the end, you may be unsure what is real and what is imagined, but you’re damn certain you no longer care.

Dan (Klaus Tange) returns home from a business trip to discover his wife is missing, despite the door chain still being attached.  These early scenes are interspersed with enough flashbacks, flashforwards and plain-old-flashes to make you question Dan’s motivation and sanity.  He frantically searches his ornate apartment building, festoon with plate glass and mysterious tenants.  Writer-directors, Hélène Cattet & Bruno Forzani, tell their story in close-ups, with faces and objects dominating the screen as the background fuzzes and blurs.  A trippy, psychedelic soundtrack pulses just beneath the dull roar of the cavernous hallways and claustrophobic crawlspaces.  More so than Dan, the building itself feels like the central character in this story, harkening back to such ‘70s brain-screws as The Tenant and The Sentinel.

We encounter an expanding cast of curious folks, some of which seem to be only figments of Dan’s imagination.  His missing wife oscillates between being a Black woman and a fair-skinned brunette.  A surly detective has a few too many secrets of his own to be considered trustworthy.  A creepy landlord has something to hide.  There’s gratuitous nudity, bondage and voyeurism.  Knives dance seductively across hardened nipples and blood drips through holes in the ceiling.  And, of course, there’s a weird old lady who lives in the apartment where you know the final scene will play out.  Things are all set to twist our melons into a fine shade of fuck.

But then a funny thing happens to Body’s Tears… it stops caring about paying off the mysteries it has so expertly established.  Instead, it takes a detour into the land of Italian Giallo, relying upon pretentious slight-of-hand and meaningless gore to amuse itself.  Occasionally, it flirts with re-establishing a plotline—a tidbit of information here, a seemingly important clue there—but these are just momentary diversions from its self-indulgent objectives.  For a movie that is so dedicated to style, it seems almost cruel to tease the audience with any substance.  It’s a bait-and-switch that will leave you bored and, quite likely, frustrated.

There’s no denying that the look of this film is mesmerizing.  Its lurid subject matter is perfectly complemented by the translucent colors and undulating imagery.  In matters of the visual, Cattet and Forzani knew exactly what they wanted and executed their plans almost flawlessly.  It’s an audacious gamble that might have paid off with a little more attention paid to their underlying story.  Thematically, too, The Strange Color of Your Body’s Tears has much to say; hidden passages and gaping orifices beckon to these men who are doomed to admire their passions from afar.  It’s all obscured, however, in a torrent of bloody slicing-and-dicing.  The line between accentuation and desensitization is a fine one, and these filmmakers cross it like an Olympic sprinter hell-bent on gold.

It’s difficult to critique the performances in The Strange Color of Your Body’s Tears because the actors are required to be constantly confused.  In that way, at least, we can empathize with them.  The women are gorgeous and beguiling, while the men remain hopeless and befuddled; it seems that the only depth concerning the filmmakers were the sucking flesh wounds.

Perhaps, fans of Bava or Argento will find something of interest in The Strange Color of Your Body’s Tears, out of a feeling of nostalgia, if nothing else.  Most audiences, however, won’t have the patience to decipher its impenetrable riddles.  That’s assuming there was ever a riddle to decipher in the first place.

All the Friday the 13th Movies Ranked from Worst to Best

The Loved Ones Will Have Viewers Howling in Amazement