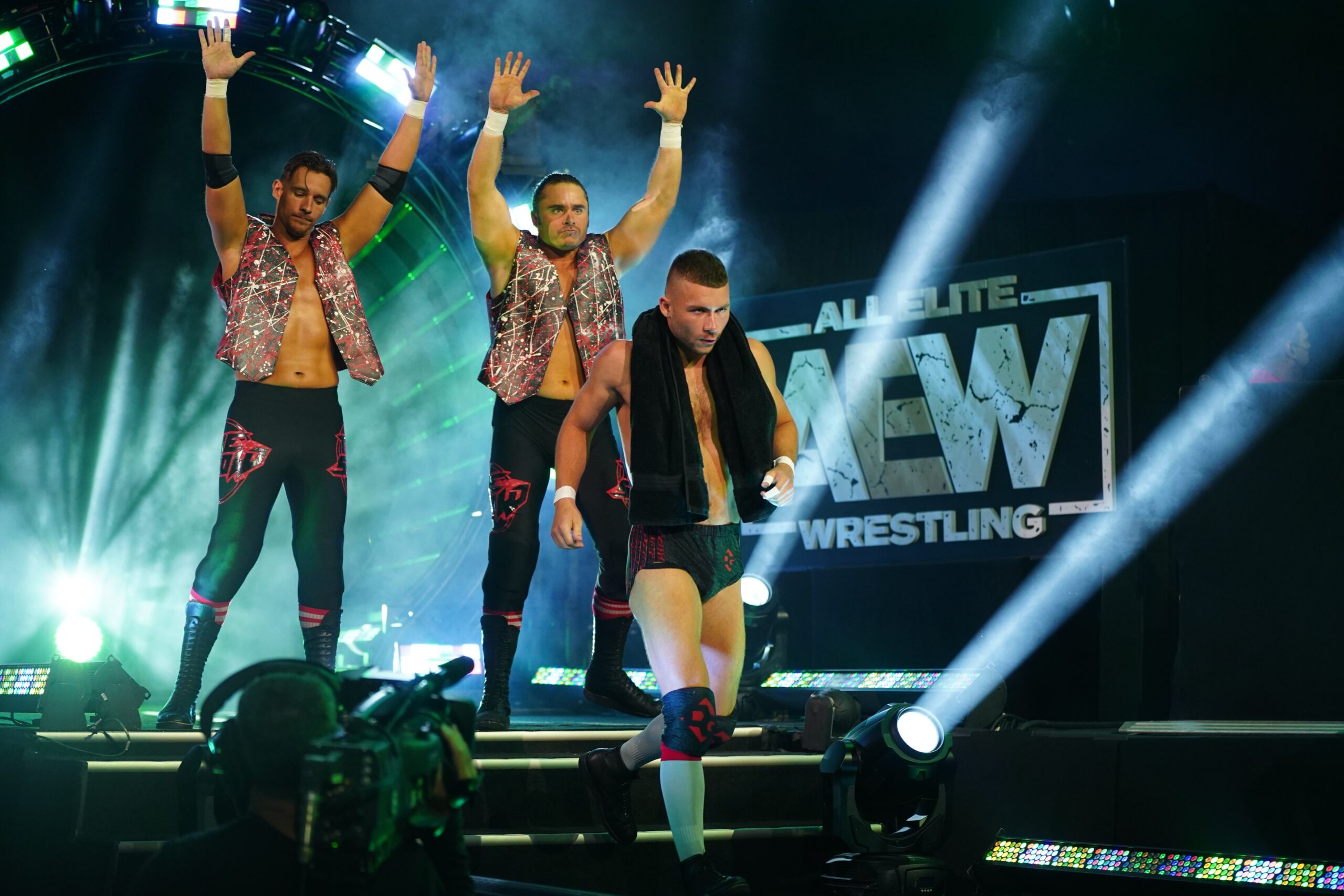 The debut match for Daniel Garcia and 2.0 against Jon Moxley, Eddie Kingstone, and Darby Allin was exceptional. Yes, it was predictable, but that doesn’t matter. The bout was everything that it needed to be and more. Call this hyperbole if you will, but I’m throwing this out there. It was a match of the year contender.

Now that’s not saying it was better than the likes of the Baker/Rosa Lights Out match, Omega vs Fénix, or Page vs Cage at Double or Nothing, but it was up there for sure. Let me explain.

Matt Lee and Jeff Parker of the newly christened tag-team, 2.0, are fresh off the back of their NXT run as Ever-Rise. After being criminally underutilized in WWE to the point that Kevin Owens was publicly advocating for them, Ever-Rise were eventually released in late June of 2021. Thankfully, NXT doesn’t have the full 90-day no-compete clause that the main roster does –Malakai Black notwithstanding, for some reason- so the now-2.0 were able to make the jump to AEW quickly. It’s good they did too. Considering that AEW loves to boast about their dedication to tag-teams, hopefully, 2.0 gets a chance to shine in their new home.

Followers of NXT will know just how good Ever-Rise was. They exude that classic ‘80s charisma. The promos are fast, loud, and chaotic. They play off of each other and were consistently an NXT highlight with their backstage interviews. Even in the ring, while not top-tier competitors individually, as a team their tag fundamentals were up there with the best of them. Based on their debut, it’s looking like they’re bringing all that to AEW.

Daniel Garcia has been on AEW before, albeit Dark and Elevation. He’s appeared a few times in an enhancement talent role, putting over the likes of Joey Janella, Lee Johnson, and the Butcher & Blade. AEW aside, Garcia has made a bit of a name for himself on the indies as a reliable, technical all-rounder. He proved it in his debut too, meshing perfectly well with 2.0 despite -as far as I can tell anyway- never teaming together before.

While the result may have been obvious it doesn’t mean it was bad -everyone knew Bryan was winning at ‘Mania 30 after all. The shock of the result is inconsequential, what matters is whether the journey is predictable or not. That may sound a bit unnecessarily philosophical for a mid-card match on Dynamite, but the point stands.

In this match, they showed:

How technically sound Garcia is.

The charismatic side of 2.0.

AEW managed all this while giving the new guys a great showing against some main-eventers and without Garcia & 2.0 seeming overshadowed by their opponents. The match was fast, exciting, varied, and included some stellar spots -especially the part when Matt Lee was helping his partner on the outside, was starstruck by Sting, and just dropped Jeff before Darby took him out with a dive. Daniel Garcia and 2.0 obviously lost in the end, but they looked good doing it and that’s what matters.

Well, at the time of writing, the trio of Garcia & 2.0 are free agents. Though, remember, Thunder Rosa has only recently signed full-time and she has been on AEW TV for quite a while now. So you can expect to see a lot more from Garcia & 2.0. Garcia has already got a one-on-one match with Darby booked for the next Dynamite -which is another likely predictable result if we’re being honest. Hopefully, though we’ll see that fabled ‘X is All-Elite’ message pop up on Twitter soon.

If they do sign, Garcia especially is a tricky one to call. The chap is only twenty-two years old, according to Cagematch, and considering he doesn’t hold much name value yet, it’d be hard to see a rise through the ranks in the immediate future; especially considering how stacked the roster is lately and with the likely arrival of Bryan and Punk. Considering his age, it’ll probably be a good long while until he’s at an upper-card level.

2.0 would have a more clear trajectory. Just give them plenty of mic time and the AEW faithful will quickly grow to love them. The tag division is already a tad lacking at the minute, especially regarding potential top contenders, so 2.0 would be an ideal fit. Seeing them facing other technically proficient teams like FTR and Dark Order, as well as fast-tagging duos like the Lucha Bros and Private Party would be a treat.
WWE screwed up massively by letting the former Ever-Rise go. Let’s hope that AEW won’t make the same mistake too.

Talk AEW Podcast #40: AEW Dynamite Homecoming, a.k.a. The Night of the Creeps!

100 Episodes Of AEW Dark: A Retrospective