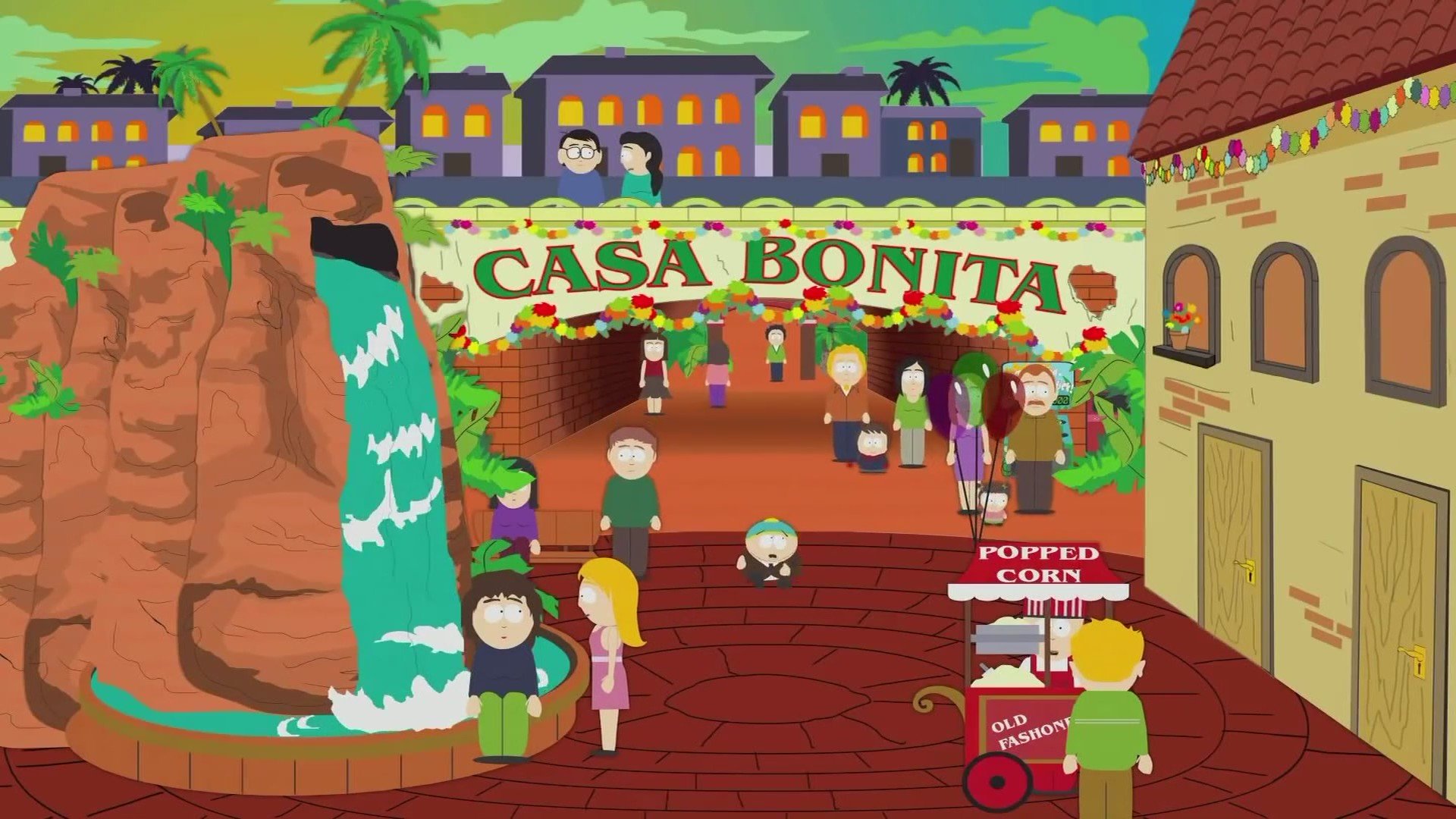 Fans of the long running adult animation South Park will likely remember the season seven episode entitled “Casa Bonita”. The episode is a fan favourite and focuses on devil child Eric Cartman doing absolutely anything it takes to be able to attend his frenemy Kyle’s birthday party as it is being held at his favourite place in the world: Casa Bonita. Casa Bonita is a Mexican restaurant that features all sorts of cool stuff for kids to enjoy such as cliff divers, photo ops, pretend treasure caves and- of course- tons of Mexican food. The restaurant is actually a real place which had a few different venues across America. The last standing Casa Bonita is the Lakewood Colorado one which is referenced in the show but this too was on the verge of closure due to the financial bankruptcy and closure it faced from March 2020 due to the COVID 19 pandemic. However, the restaurant has been saved thanks to those who paid homage to it all those years ago in South Park: Trey Parker and Matt Stone a.k.a the South Park creators.

The news was confirmed a few weeks ago in an interview that Parker and Stone did with the Colorado governor Jared Polis. The Colorado Casa Bonita was a restaurant that both Parker and Stone would frequent when they were kids (both grew up in Colorado). This love of the entertainment venue and Mexican restaurant is why they dedicated a whole episode of their show to it and also what has now led them to jump to the aid of the struggling restaurant. There was a “Save Casa Bonita” group set up for the restaurant too, showing that the venue is clearly a beloved place for the locals. It is great to see Parker and Stone helping to save the place they once loved as kids but it also seems like the two actually want to make a difference to the restaurant as a whole as Matt Stone joked with governor Polis in their interview that the food “could be a little more than a little better” whilst Trey Parker noted that there was a lot of “potential” for Casa Bonita.

I really hope that they end up blending the classic Casa Bonita themes with South Park. Imagine a restaurant with South Park inspired food and activities with a Mexican twist. It would attract people from all over the world but still keep the essence of what made the restaurant so special to the infamous duo in the first place. Here’s hoping that this business deal leads to a new start for Casa Bonita and for those who were struggling due to the financial struggles of the venue.