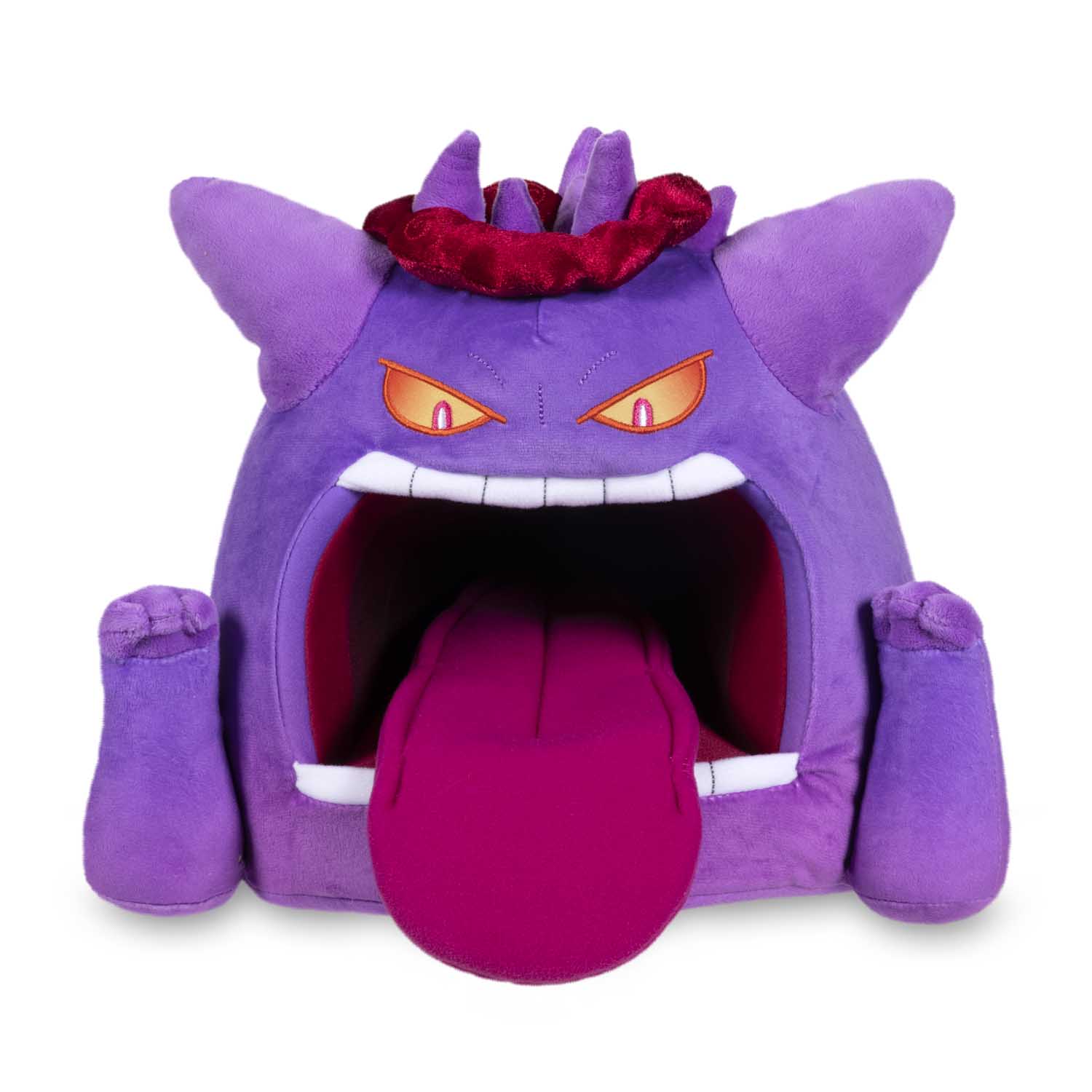 We are back with the series that nobody asked for but I am determined to keep going: the Random Pokémon Plushies series. We have covered both official and knock off plushies in this series but today we are looking at a plush that I genuinely thought was a knock off at first but is actually official. This isn’t because of the quality- it looks pretty damn well made honestly- but instead, it is because of the creepiness that it exudes. During my time finding plushies to write about for this series, I have come to the conclusion that many of the unofficial products have an eerie nature to them. This plush certainly scores a 10 on the creepy factor but it is definitely the real deal, available right now on The Pokémon Centre website: the Gigantamax Gengar Poké Plush.

Gengar is a bit of a creepy ghost type Pokémon even in its normal form but his Gigantamax form from the Pokémon Sword and Shield games take the creepiness up about a thousand notches. It kind of looks like The Cave of Wonders from Aladdin, except way more unnerving. Its head emerges from the ground with its arms sticking up at the sides, looking like separate entities. It looks like the final boss fight from a video game. The worst part about Gigantamax Gengar is its gaping mouth and protruding tongue. Not only is it just kind of nasty (put that tongue away, it has no business being here), it is also kind of terrifying. Imagine being a Pokémon trainer and having to actually face this monstrosity. I would throw in the towel honestly. What is stopping it from eating you alive?? Am I overthinking this? Probably but that is not the point. The point is that this terrifying Gigantamax Gengar actually has its own plush for some reason.

Like I said, the plush itself is actually really well made and it’s definitely not quite as nightmare inducing as its in-game inspiration. I really like the little inclusion of the red clouds billowing around its head too because it looks a bit like a cute scrunchie or a flower crown, significantly lowering the creepiness of the original. The huge mouth is still unnerving though, although it could probably be used for storage. I just don’t like the idea of waking up in the middle of the night and seeing this staring at me. But if you’re not that fussed, take a look at the Gigantamax Gengar plush for yourself over at The Pokémon Centre website here. It measures at 14 and a half inches and is apparently recommended for ages four and up. I don’t remember much about when I was four years old but what I do know is that this thing would have given me nightmares.