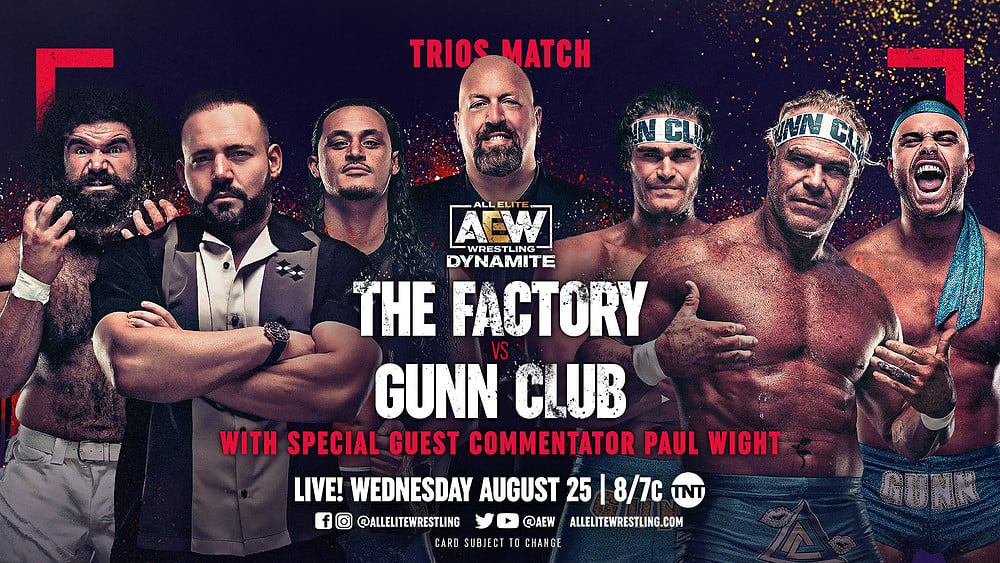 The latest episode of AEW Dynamite on the 25th of August, 2021, highlighted a flaw in AEW’s booking of their mid-card. It’s an issue that has always been there, yet has never been as prominent as it was on Wednesday night.

There is a gulf present between the top and bottom of the card. Usually, that gap would be filled by the mid-card. The problem with AEW’s mid-card is, it doesn’t exist. On paper, it may look like they do. They even have a mid-card title in the TNT Championship, but it’s not really the case. Strangely though, the problem is caused by both AEW and the fanbase. Let me explain.

Before we get on to the crux of the issue, let’s have a quick look at the recent Dynamite which was -as a whole- one of the weaker episodes we’ve been given so far.

The show was built on the premise of Punk’s first Dynamite appearance. As a result, the rest of the card felt haphazardly thrown together and the night devolved into a series of inconsequential matches. It almost felt like the second hour of Monday Night Raw, and nobody wants that. Sure, Dynamite isn’t going to be a winner every week, but when one episode is a bit off in a series of good-to-great ones, it stands out more.

Malakai Black main-evented against Brock Anderson in a quick squash match. Darby, Eddie, & Mox took on The Wingmen in a forgettable affair. There was also The Factory versus The Gunn Club, and Jamie Hayter debuting against Red Velvet, two matches which I can only describe as having “happened”.

For a show that will have undoubtedly had a sizable ratings boost with the pre-announcement of CM Punk being there, any lapsed fans watching to see what all the fuss was about would have likely gone away a bit disappointed. Not the best way to build up to a pay-per-view.

AEW doesn’t have a mid-card. Yes, the likes of Miro, Team Taz, Death Triangle, and, let’s be honest, the whole women’s division -apart from Britt Baker- would be evidence to the contrary. However, it’s not really the case.

As AEW fans are usually very invested in the promotion, any roster member with at least some level of support behind them will usually get a considerable live reaction. It may seem that, in theory, there’s no difference in the storyline between Best Friends and The Varsity Blonds, but in reality that isn’t the case.

If the fans are behind someone, they will get the reaction of a main-eventer.

If the fans are bothered about someone, they’ll get nothing.

The latest Dynamite, the one we’ve just looked at, shone this issue in more of a light than ever before. At no point in the night did a match just get a middling reaction. That may not sound like a bad thing, especially considering the talent that the fans are invested in did get a great reaction, but it leaves a really jarring juxtaposition when there’s no middle ground. It’s all or nothing.

This may seem like I’m having a go at AEW fans for not being incredibly invested in The Wingmen, that would be silly. No, it’s AEW’s booking that’s lacking.

How To Fix It

The problem stems from AEW Dark. Yes, it’s brilliant in certain ways. It gives under-utilized wrestlers a spotlight, there are excellent matches from time to time, and, as it’s free viewing, there are more eyes of the product. However, there aren’t any substantial storylines. Apart from a few exceptions, Dark and Elevation are just matches. You can be great in the ring, a reincarnated Shawn Michaels, but if there’s no story, no weight behind the bouts, it doesn’t give anyone a reason to care.

As there are barely any storylines in the lower card, we don’t know anything about the characters. Yes, we can see what they’re like in the ring, but occasional backstage promos won’t tell us their motivations, character traits, or personalities. It doesn’t give us a reason to invest in the character. This is why there’s no mid-card because AEW hasn’t given a reason to elevate anyone to that level. As soon as someone gets any semblance of fan support, that’s when AEW pushes them up the card. At that point, anyone with fan engagement will beat anyone without it. That’s how you get into a situation like the recent Dynamite. All or nothing.

Insult WWE all you want for refusing to push Cesaro, Zack Ryder, or Rusev, but it meant they had a terrific mid-card. Book some storylines on Dark, AEW. Not everyone will care about them, but it’ll help in the long run. 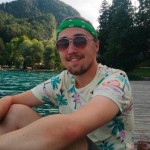