When Bradley Cooper’s DEA agent casually (and unknowingly) first meets Clint Eastwood’s octogenarian drug runner in a small town diner, he smiles at some frank talk, telling the old man that he enjoys running into “guys like you.” Why? Because they “have no filter.” The same could be said about much of Eastwood’s career, both as an actor and director, as he rarely dances around his subjects. It’s an endearing trait that has mostly served him well — even in his missteps — and one that The Mule could have used more of. Instead of putting this bad grandpa under the harsh microscope, however, the director sidesteps a sincere look in favor of asides that — while amusing — ultimately detract from his half-hearted attempts at a message about the importance of family.

Eastwood plays Earl, an old coot whose once-successful flower business has been decimated by the new-fangled internet. After a lifetime of working conventions on the road has led to an ex-wife, a daughter who no longer speaks to him, and a granddaughter struggling to patch things up, Earl decides it’s finally time to do right by his kin — monetarily, anyway. You see, he told his granddaughter that he’d help with her wedding, but even though he’s completely broke now, pleading the bum excuse doesn’t seem to work with this bunch. So, on the advice of a random stranger, Earl proceeds to become a drug mule for a local supplier in order to deliver on his promise. 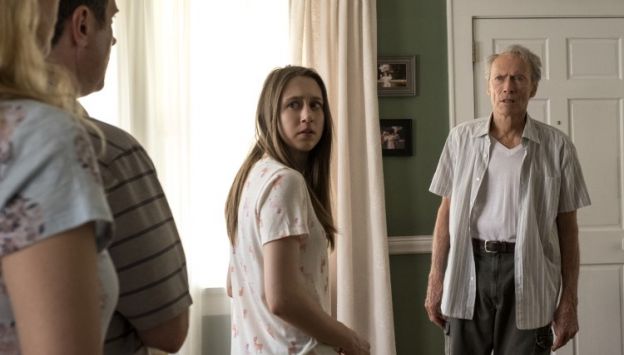 It’s a pretty breezy setup that may raise some incredulous eyebrows, but Eastwood seems to be having a good time playing a charmer, and he somehow manages to make the contrived relationships easier to roll with. The joke here is that Earl is so old and so white that he will never be suspected by law enforcement trained to look for tattooed Latinos. He drives back and forth from Texas to Illinois, singing old songs and sampling local pecan shops; apparently, these are just carefree road trips to this guy. All the while, his drug-dealing handlers grow increasingly frustrated at his whimsical unpredictability, his family isn’t all persuaded that he’s changed, and the DEA keeps busting the wrong guys. Something has to blow eventually, right?

The script by Nick Schenk (Gran Torino, The Judge) never really builds in enough tension for that, too caught up in making sure we like its protagonist, making sure not to be a downer. For a film with a supposed message about regret and the merits of family, Earl spends surprisingly little time actually mending his relationships — or caring. There are no lonely moments, no bitter nights, and when he’s not busy lecturing drug lords on how to not take their job so seriously, he’s engaging in threesomes (that’s right — plural) with bikini-clad babes whose combined ages wouldn’t equal half his own. He never expresses guilt for the cargo he carries, isn’t constantly looking over his shoulder for Johnny Law, and gets to act like a big-shot Robin Hood when he donates to a local VFW. He’s even buddy-buddy with the drug lord’s underlings; this gig is great! 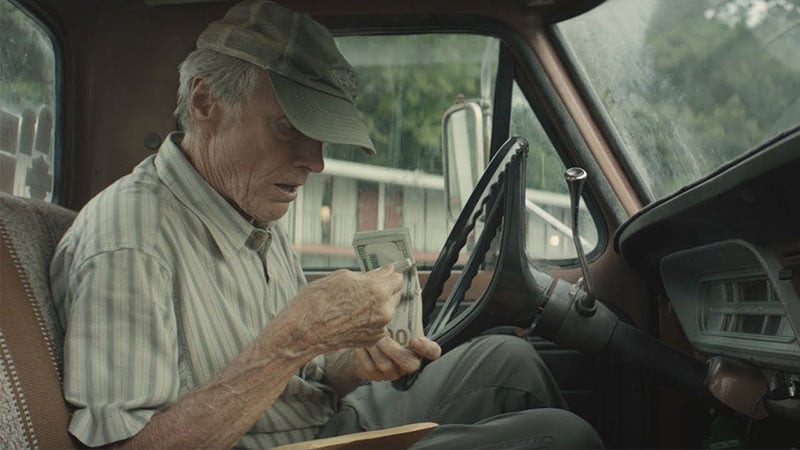 If anything, The Mule slightly romanticizes this lifestyle as it ambles through to the third act, playing nice the whole way. There is no seedy underbelly to the drug trade in this universe, no consequences that seem real in any way. Andy Garcia plays the kingpin with a knowing smirk, and safe caricatures abound. Even Earl’s politically incorrect indiscretions are on the tame side, laughed off by a lesbian biker gang or dismissed by his Latino employees. It’s Walt Kowalski-lite, but what’s so baffling is why anyone thought this story needed that element in the first place. With Gran Torino, the racial epithets belied a bitterness that was eating Walt alive; here it’s simply played for laughs, and even then the script doesn’t have the guts to go all in on the joke.

Nevertheless, Eastwood himself brings enough craft and personality to The Mule to occasionally absorb. His unflashy style can be soothing, and he has a knack for putting a quiet scene together. A roadside stop escalates nicely, and a detour for a pulled pork sandwich has plenty of its own flavor. Earl is played with a fragility and vulnerability that the actor rarely has shown, with a splash of devil-may-care attitude that is often a treat to behold. He’s optimistic and entertaining, the kind of guy that deserves better emotional dilemmas to overcome. The rest of the cast does the best they can with the on-the-nose dialogue, with Cooper and Michael Peña admirably trying (and sometimes succeeding) to inject some life into one dimensional characters. 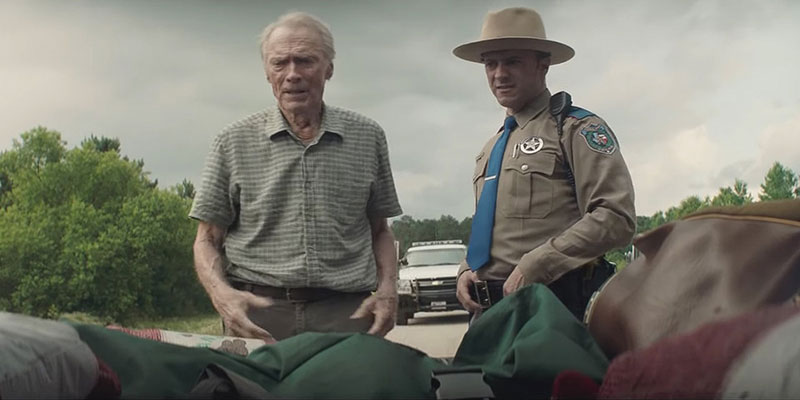 It’s not as rough around the edges as some recent Clint Eastwood productions, but unfortunately, it’s also not as rough. While watching a character who believes he really has nothing to lose can be interesting for a time, the antics will eventually wear thin unless there’s a point. The story of an ancient cartel courier nearing the end of his road is ripe for the kind of plain-spoken character exploration the director has done so well in films like Unforgiven, Million Dollar Baby, and Gran Torino. However, The Mule seems to hesitate exposing any more stark, ugly truths, instead settling for a soft, meandering focus — an unfortunate filter.

How to Make an Entrance #8: Maria in ‘The Sound of Music’