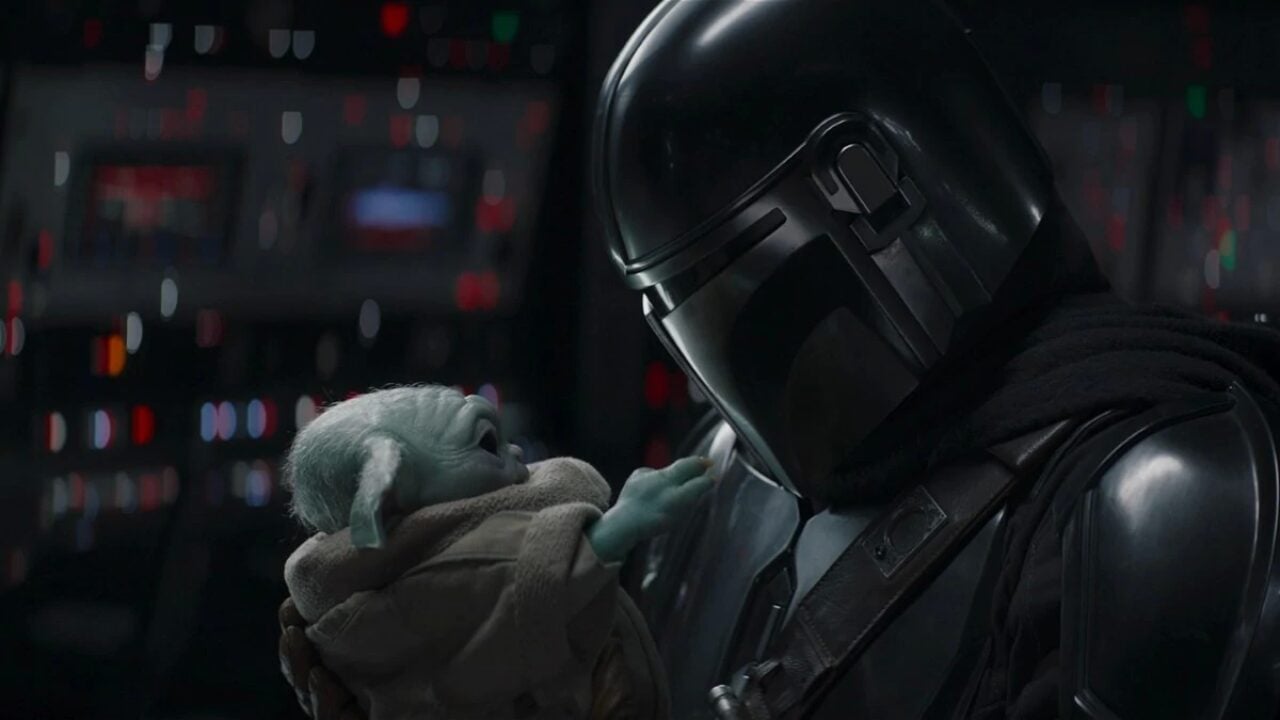 Editor’s Note: This review contains only minor spoilers regarding character reveals up to ‘Chapter 13‘.

Over a year ago, Disney was banking high on one spaghetti western-inspired galactic adventure as the mouse’s Netflix killer began rolling out to the public. The Mandalorian was arguably the only big-budget series Disney+ premiered with, yet its initial exceptional results showcased that not only did the streaming service have much to offer in terms of content in the coming future but Star Wars had far more to tell outside of the Skywalker Saga and various tales of the Jedi knights. Mando and the child’s return to the small screen once again disintegrates not only its platform’s fellow lineup of available shows, but it proves that its masterminds understand the deep mythology and ideological roots of Star Wars that fans strive to see on a basis. George Lucas’s pupil Dave Filoni and Marvel mastermind Jon Favreau have once again scored an absolute knockout of a series packed with wit, emotion, cinematic charm, and exciting narratives. The Mandalorian’s second season is repeatedly Star Wars at its peak- and was there really any surprise that it would be after the absolutely magnificent first season on top of The Clone Wars finale?

Grab your blaster and come aboard the Razor Crest because The Mandalorian is a thrill-ride you can not miss- Star Wars die-hard fan or not.

Back on the hunt, The Mandalorian picks up not too long after where ‘Chapter 8: Redemption‘ ended off on when Mando decided to make his primary goal tracking down others of his creed who can help locate the child’s mysterious species. Season two follows the same episodic premise as before. Each chapter is focused on scenarios that stick to the overarching plot or once in a while get slightly side-tracked for the means of an idea or item essential to our hero’s journey. With each direction it takes the show manages to further tell the story of both the titular character and his curious religion as he learns to develop a real relationship with his newfound kid within their lawless and unjust universe. In the same fashion as its first year, The Mandalorian never wastes its time as it sticks to telling the adventures of one lonesome bounty hunter and his adorable companion. As George Lucas once emphasized with his work, this Star Wars series respects the viewers’ time and always provides substantial scenes that continue to build upon Din Djain’s place in a seemingly overwhelmingly growing galaxy of potential stories.

While on his mission to discover the child’s true future home, Mando comes across multiple familiar faces from last season, the original Star Wars trilogy, co-creator Dave Filoni’s previous animated episodes, and even recent novels such as Aftermath. It may stick to being a self-contained story, but The Mandalorian has begun pulling beats from all sorts of Star Wars material in such a clever fashion that quite honestly puts the first eight chapters to shame. It is no secret that Ashoka Tano (played by Rosario Dawson), Boba Fett (reprised by Temuera Morrison), and Lady Bo-Katan (reprised by voice actress Katee Sackoff) all make a grand return and on top of the phenomenal acting each performance adds to the show their appearances are nothing short of exceptional as they are all not just utilized for fan-service. Their appearances continue to build-upon their characters and even give some of them the justice they never received- especially Boba Fett who went from being just a player in the movies and television shows to a full-blown intimidating force to be reckoned with. The Mandalorian embraces Star Wars lore through its atmosphere, name-dropped events, and using characters like never before, yet it never treats casual viewers as incompetent or yells at them to do difficult research. What The Mandalorian is simply out to do is put the franchise back on track as it acknowledges its past, present, and future with confidence.

The Mandalorian shows the way for Star Wars to incorporate both cannon and legends material as it never treats viewers as incompetent or unengaged enough with its lore.

Where The Mandalorian thrives most with its cast, however, is sticking to being a self-contained story. Even if you are not deep into Star Wars: The Clone Wars and Rebels lore- or any of the novels for that matter, The Mandalorian can still be understood without any background knowledge despite utilizing the former two show’s characters and continuing their stories. Having seen the other series mentioned above does undoubtedly enhance the experience, but calling it “essential” prior to watching The Mandalorian would be a disservice to the excellent writing of season two that aims to reintroduce and establish iconic characters that the hardcore fandom will certainly recognize based on look alone. It impressively manages to expand upon a galaxy from far far away in an appropriate fashion. Whether it wants to further develop the Mandalorian creed through the likes of Bo-Katan and Boba Fett or explore the Jedi whereabouts after the great purge and the fall of the empire with Ashoka Tano, the show continually succeeds in expanding upon the Star Wars universe no matter which direction it decides to take, even if it may be setting up multiple spin-off shows along the way. Perhaps it may lean more in at times on the franchise’s canon, but it knows to never reach a territory where casual viewers are going to be left lost and dissatisfied.

If anything, The Mandalorian will help drive interest in getting viewers to exit their comfort zones and reach deep into both the canon and non-cannon legends timelines of Star Wars. Pulling aspects from its franchise’s prior works also helps continue to add on to the show’s episodic distinctiveness. In the same exact fashion as its predecessor year, every episode of The Mandalorian‘s second season, no matter if it is focusing on a side mission or the main objective at hand, has something unique to it that will stick with viewers. There is seriously not a single chapter of this entire series that is not memorable because each episode features a character or setting worth revisiting in the future. Without even talking about the gorgeous cinematography and direction going on that contains several callbacks to previous scenes, movies, and shows, each chapter has a special look and feel that will make it unforgettable whether that be due to a ship, a snow cavern, an ancient temple, or even a fight scene. Even the ambiguous chapter title names whose meanings are open to interpretation are memorable.

Speaking of the cinematography, The Mandalorian continues to be almost perfect with each director who steps in to lead. Besides some odd edits in the choreography of ‘Chapter 14’- which still is an incredible episode from director Robert Rodriguez by the way and surely to be a fan-favorite of audiences- the sheer amount of beauty and fluidness seen in the camera direction throughout almost all of season two is admirable. Both drama and action are enhanced by the way in which scenes have been shot. Even when scenes are not focusing on the emotional weight of what is going on they are still doing something spectacular with the overall direction. One of my personal favorite examples of this that I have not seen in any other television show I have watched to date is when the aspect ratio changes in ‘Chapter 9‘ (the first episode) to showcase more of the massive fight against the Krayt Dragon. There are so many auteur decisions dumped into The Mandalorian, yet it all intertwines to create a series that excellently flows and feels as if it were under the creation of one mind- which at its heart it is.

In a time where live-action Star Wars content is seemingly always entertaining, but rather hit or miss when it comes to keeping up with consistent mythology and ideologies, The Mandalorian’s sophomore year absolutely nails at harnessing both correctly. It strives to refine Dave Filoni and George Lucas’s previous creations while producing its own original western atmosphere spearheaded by wonderful new planets and characters that perfectly align with this well-established galaxy. It never has to rely on its iconic canon, but when it leans in on it The Mandalorian treats Star Wars’ past with the utmost care and respect it deserves. Din Djarin and his bounty child have brought Lucasfilm a great fortune and may they continue to do so as the two venture across the galaxy making new and familiar allies and enemies. Season two of The Mandalorian is a spectacular follow-up to an already grand structure. The only way it could possibly ascend further from where it currently stands is by simply extending that chapter count, adding longer runtimes, and one-upping its many surprises when the series returns for round three next December. If you have not watched The Mandalorian or are waiting to watch its latest season, get out of the carbon freeze and get to it.

The Mandalorian: “Chapter 16: The Rescue” — One Last Stand