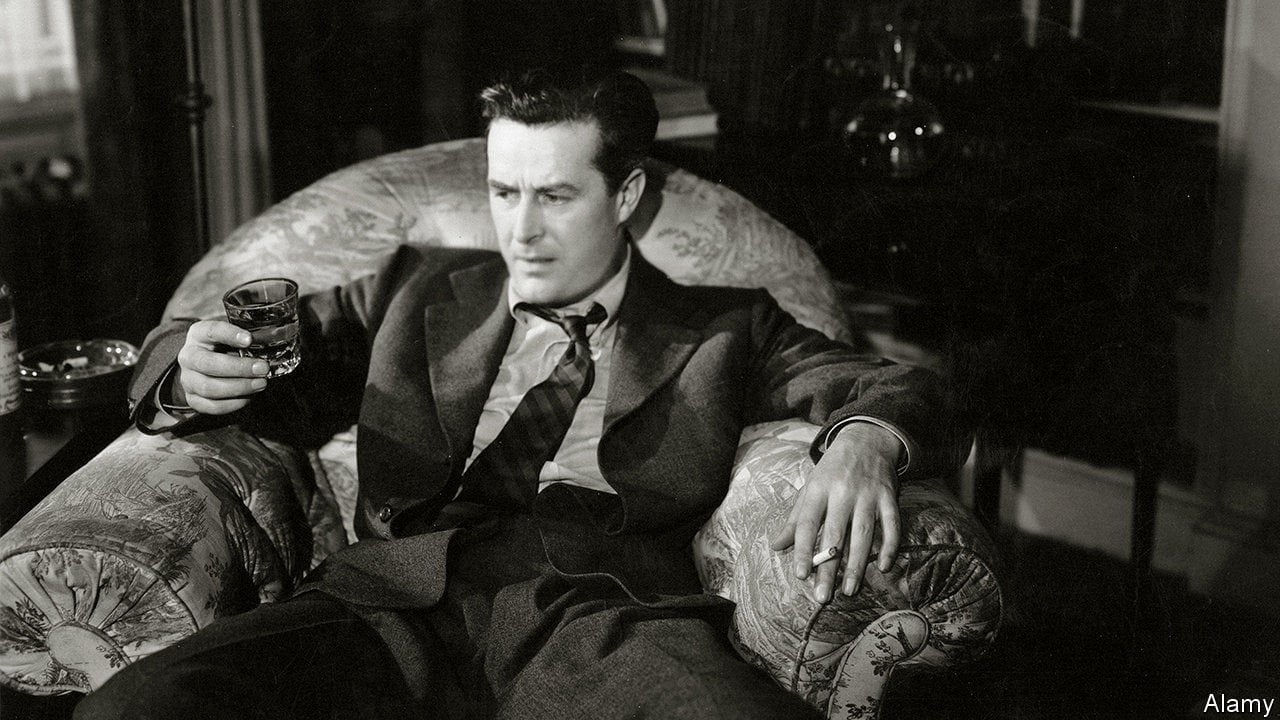 Billy Wilder’s films are perfection. From Double Indemnity to Some Like It Hot, Wilder never made a bad film. And while his earlier films are some of my absolute favorites, I had always skipped over The Lost Weekend. Put it down to my skepticism of casting handsome romantic leading man Ray Milland in such a grim role and the sheer weight of the subject matter.

Milland is Don Birnam, a struggling writer who hasn’t written anything since first coming to New York and having magazines immediately reject his work. He tries to write but never seems to be able to finish his stories. Instead, he spends his time and money finishing bottles of liquor. For the past six years, Birnam has battled his writer’s block with alcohol. An inexplicably patient and loyal girlfriend, Helen (Jane Wyman), and a brother fed up funding Birnam’s extreme alcoholism attempt to bring his back from the abyss with a weekend trip to the country. Unable to stay away from his alcoholic emotional support, Birnam finds some cash and heads into the city for a weekend starting at the bar and ending with a gun to his head.

The Lost Weekend was only Wilder’s fourth directorial effort. To risk his rapidly rising career on a film with such a controversial subject matter as alcoholism was certainly a brave decision. The film is truly an unforgiving and painful depiction of the lies, deception, and humiliation that alcoholism leaves in its wake. Birnam, as a chronic alcoholic, is a tortured man and a failure at everything. Yet the story shows, in no uncertain terms, that Birnam could in fact have a wonderful life. Helen, his girlfriend of three years is not only devoted to him but is also somewhat wealthy. If Birnam were only to overcome his crippling depression and lack of self-confidence, he could end the constant flow of whisky and rye and stop pushing Helen, and even his brother, away.

Wilder’s depiction of debilitating alcoholism devolves into a nightmarish haze in an ingenious combination of score and camerawork. Composer Miklos Rozsa’s score captures the confusion and distorted reality of the drunken Birnam through haunting wailing and oscillating sounds. This was achieved by using a theremin, which produces other-worldly sounds to perfectly complement Birnam’s feverish search for a pawn shop, anyone to buy his typewriter and allow him a few more days of torment, drunken stupor. On Wilder’s part, this sequence of the film is shot to accentuate Birnam’s sense of desperation. Close-up shots of Milland blur everything around him, reducing street signs and lights to disorienting glares, mirages distracting him from his goal: another bottle.

The one complaint to be made about The Lost Weekend is its hopeful ending. Birnam decides to forego suicide and begin a pseudo-autobiographical novel about the experiences of an alcoholic. His decision is aided by the unwavering devotion of Helen, but one wonders how long Birnam’s resolution will last. Perhaps like previous vows to quit following days-long benders, the lesson of these five days of utter misery will wear off as soon as Birnam’s self-confidence begins to wane. Wilder’s study in alcoholism is harrowing enough to suggest that Don Birnam will always need a bottle hanging by a string from his window. Just in case.

The Third Man is Unquestionably Great