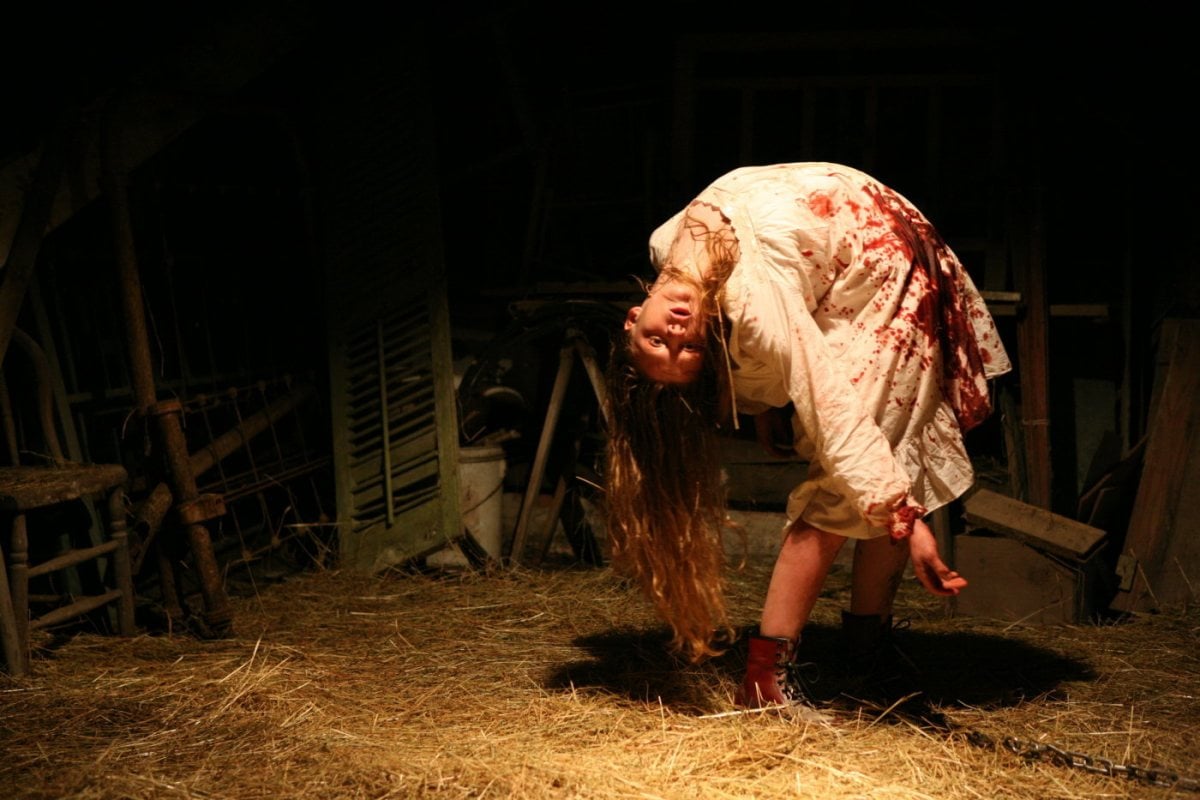 31 Days of Horror: The Last Exorcism

Troubled Southern evangelist Cotton Marcus (Patrick Fabian) is ashamed of his involvement in fleecing fanatical believers from their money by performing fake exorcisms.  In an effort to ease his conscience and expose the deceptions of exorcisms, he confesses his tricks of the trade to documentary filmmakers – even going so far as inviting them to shoot his last exorcism deep in the heart of Louisiana.  But Cotton’s plans take a turn for the worse when he and his film crew unexpectedly confront a merciless demon hiding behind the soul of an innocent young girl (Ashley Bell).

It’s incredible how terrifying horror films can be when shot in shaky cinema-vérité style using low-tech film equipment.  The raw and unpolished film appearance certainly adds to the creep factor.  This is true for horror canons such as Blair Witch Project, REC and Paranormal Activity, and it’s true for The Last Exorcism.  Director Daniel Stamm’s documentary-style filmmaking effectively blurs the line between fact and fiction and brings a story that looks so authentic it’s unnerving.

Like the aforementioned films, The Last Exorcism is shot entirely from the perspective of a handheld camera, which helps elicit audience anxiety when a frantic cameraman struggles to keep the action in frame.  Co-writers Huck Botko and Andrew Gurland put a new spin on a traditional story by having the possessed girl hijack the camera to secretly record her brutal acts of violence against a family pet (The Last Exorcist’s poster should come with a warning label for cat lovers).

The leads, Fabian and Bell, deliver a riveting performance that is sure to garnish them much Hollywood attention.  Fabian plays the preacher with so much gusto and charm, you instantly like him – forgetting that his character is after all a hypocritical con artist.  Bell is sensational as the possessed Nell Sweetzer; her ability to seamlessly transform from a sweet farm girl into a mischievous demon is thrilling.  Even more impressive is that Bell portrays the demon without any make-up or CGI. The Last Exorcism offers ample scares and twists; horror fans will be rejoicing in theatre aisles.