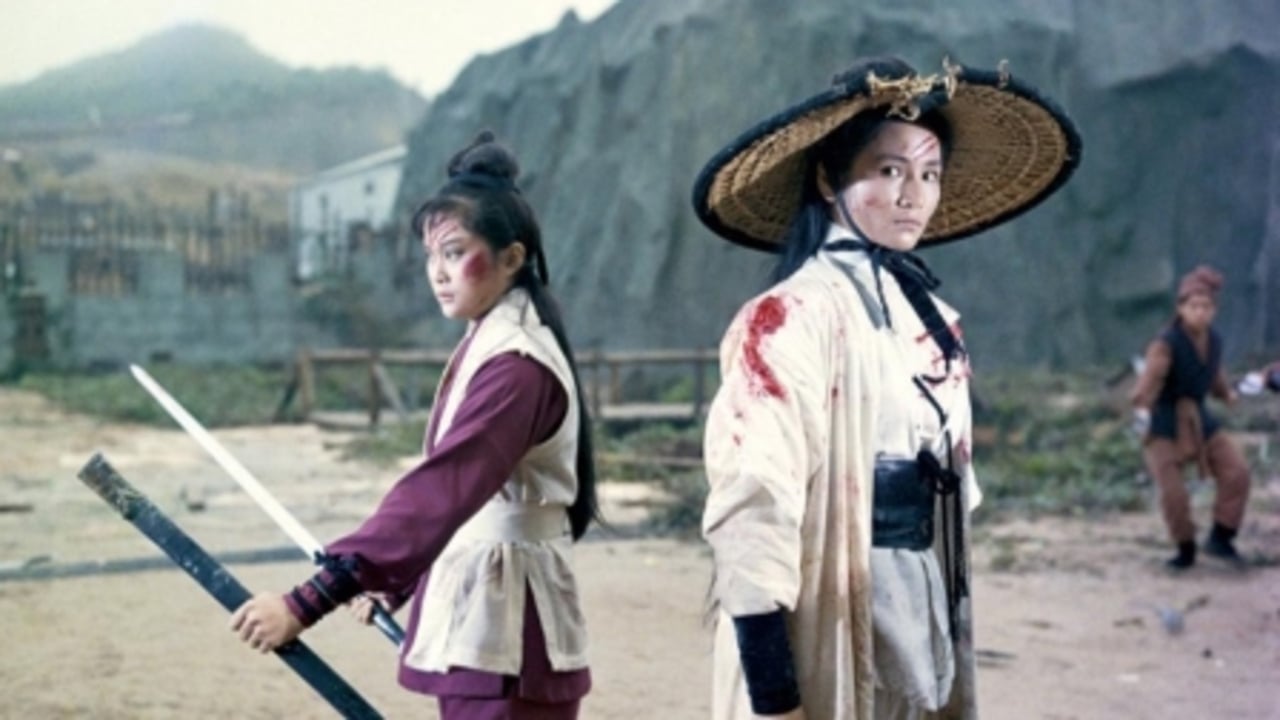 ‘Always two there are. A master and an apprentice.’ Such words replete of knowledge are not uttered by anyone in director Ho Meng-hua’s The Lady Hermit but rather by the greatest Jedi master who ever lived, Yoda (Frank Oz), in 1999 oft maligned The Phantom Menace. George Lucas’ script has been scoffed at many an occasion for its unnatural, wooden dialogue, although there is little denying the mystical coolness stemming from the aforementioned line. The universe of Star Wars and Lady Hermit may not share much in common on the whole, but the idea of a strong bond forged between a teacher and his or her pupil is one of those few. So strong is the will of one such hopeful student that the staunch conviction of her own worth takes her on a journey of romance, action, and heroism.

Cui Ping (Shih Szu) has traversed many a mile to the security agency where it is believed the legendary Lady Hermit takes students under her tutelage. The problem Cui quickly learns upon arrival is that the Hermit has apparently put her warrior’s name into actual practice for she has gone unseen for some time already, whereabouts unknown.  In truth, she is masquerading as a maid at the agency under her real name Yu Shuang (Chang Pei pei), recovering from some deep wounds suffered at the hands of the dastardly villain Black Demon (Wang Hsieh), still at large. Cui Ping is inadvertently led to another temple claiming to house the much sought-after master, a conniving cover-up by the Demon’s minions to scam gullible citizens into paying for protection. It is not long before the steadfast Cui Ping, the heroic Lady Hermit, and a handsome young officer from the agency, Chang Chun (Lo Lieh), are destined to put a decisive end to the Demon’s reign whilst dealing with some flowering romance.

When the opening credits to a Shaw film, accompanied by enthralling adventurous musical cues, announce Ho Meng-hua as director, viewers can instantly ascertain that they are incapable hands. Ho had a near-flawless predilection of associating himself with scripts of great quality, ripe with far more potential than the average kung fu flick. He also had an exquisitely precise eye for capturing multiple layers of information within the picture frame, playing light, camera angles, and general mise en scène in such ways that his films, from visual and tonal standpoints, stand apart from the fray. Even though his skills as a storyteller have been celebrated before in the column (more than once for that matter), The Lady Hermit sees the director further cement his status as one of the all-time great Hong Kong filmmakers, his expertise and sophistication on full display.

Few directors were as adept as Ho at filming major action set pieces at night, or at the very least what may be taken as nighttime shooting. The effect of the lighting is potent enough for all the important characters and sets to be fully bathed in powerful light all the while preserving the blackness of night in the background. Taking into account the fact that at this time in China there was no megawatt bleacher-type lamps to provide such staggering light, Ho’s choice is obviously unrealistic, that much is clear. Nevertheless, what the visual quality of such scenes lacks in realism is compensated for in spades by the clarity and thrill of the action itself, the most impressive being when Cui Ping ventures to a nearby town to investigate claims of murderous specters haunting its inhabitants.

The Lady Hermit is an excellent demonstration of Ho’s propensity to juggle background and foreground information with a single shot. A salient point here is that in instances when near and far pieces of information are key in relating the story of a shot, the entirety of the image is in sharp focus. There is a sublime moment wherein a village elder is explaining to Cui atop a hill about how the townsfolk are convinced into purchasing charms for protection. In the background further into the valley and to the left of the frame can be seen rows of people filing in and out of the temple where Demon has set up his clandestine operation. Simple directorial decisions such as this one work wonders in not merely telling a story but also build a proper look to a movie.

Those examples encompass but the more obviously director-influenced touches. There are a plethora of flourishes influencing the costumes and set design, right down to the titular heroine’s battle garment: white robes, a wide straw rim hat and the mysterious white veil shielding her visage from view. There is nary a wrinkle to shun, a shot for a sore eye, nor a setting that fails to impressively transport the viewer to the China of old. On the topic of sets, Ho’s picture is gifted with a very grand scale seeing as a great deal of the movie was shot on location in a hilly countryside, with artificially created sets kept to a bare minimum.

Director Ho was equally savvy in selecting projects as he was a gifted visual storyteller. The story, penned by Yip Yap-Fong,  exudes a level of frothiness, building a lighthearted and, dare it to be uttered, a ‘cute’ love triangle involving Cui, Chang Chun, and Yu Shuang. Cui has affections for Chang Chun whereas the latter looks over to Yu Shuang as the apple of his eye. Complicating matters furthermore is the pyramidal training structure which has Yu Shuang train Cui in the day, followed by Cui spending her evenings transmitting her newly acquired knowledge to her would-be lover Chang Chun, each wrestling with their feelings whilst oblivious to how any of the other’s feel about them. The actors all bring their trademark charisma to the roles with Lo Lieh playing the part of scene-stealer whenever Chang Chun is completely oblivious Cui’s advances.

Cui’s story, her obsession with learning martial artistry from Lady Hermit and its eventual effects on the weakened master, is smartly played insofar as it forces significant change upon both leading ladies. Cui’s precociousness and single-mindedness soften just as her intensity rubs off on Lady Hermit, lifting her own spirits enough to take a new student under her wing and working herself back to regain her previous form.   Their initial incompatibility and tempestuous relationship prove to be precisely what brings the best out of each. The sole slight against the script would have to be the underutilization of the antagonist Black Demon. His motivations are pretty nebulous, and his mere presence as the main heavy is unimpressive, to say the least. There is one curious quality about him; however, that may strike some as pertinent given that Lady Hermit features two leading lady characters rather than men: his weapons of choice are elongated nails which he uses as claws. Rightly or wrongly, some would argue this amounts to fighting like a girl, very much unlike Cui Ping and Lady Hermit. These movies were written and made with such ferocious speed it is difficult to discern just how much thought was put into some of the strange details like this one. Did Ho Meng-hua and screenwriter Yip Yat-fong conceive of the nail claw weapon as a bit of commentary, or is this just coincidence?

The Lady Hermit is an exceptional piece of kung fu cinema, owing to an attractive sense of playfulness while simultaneously constructing an impressive sense of epic. More original stories have been told, as have more engaging and threatening villains been depicted, yet The Lady Hermit has qualities that far outshine whatever shortcomings are detectable. This is one hermit that is ready and willing to break out of her shell of solitude.