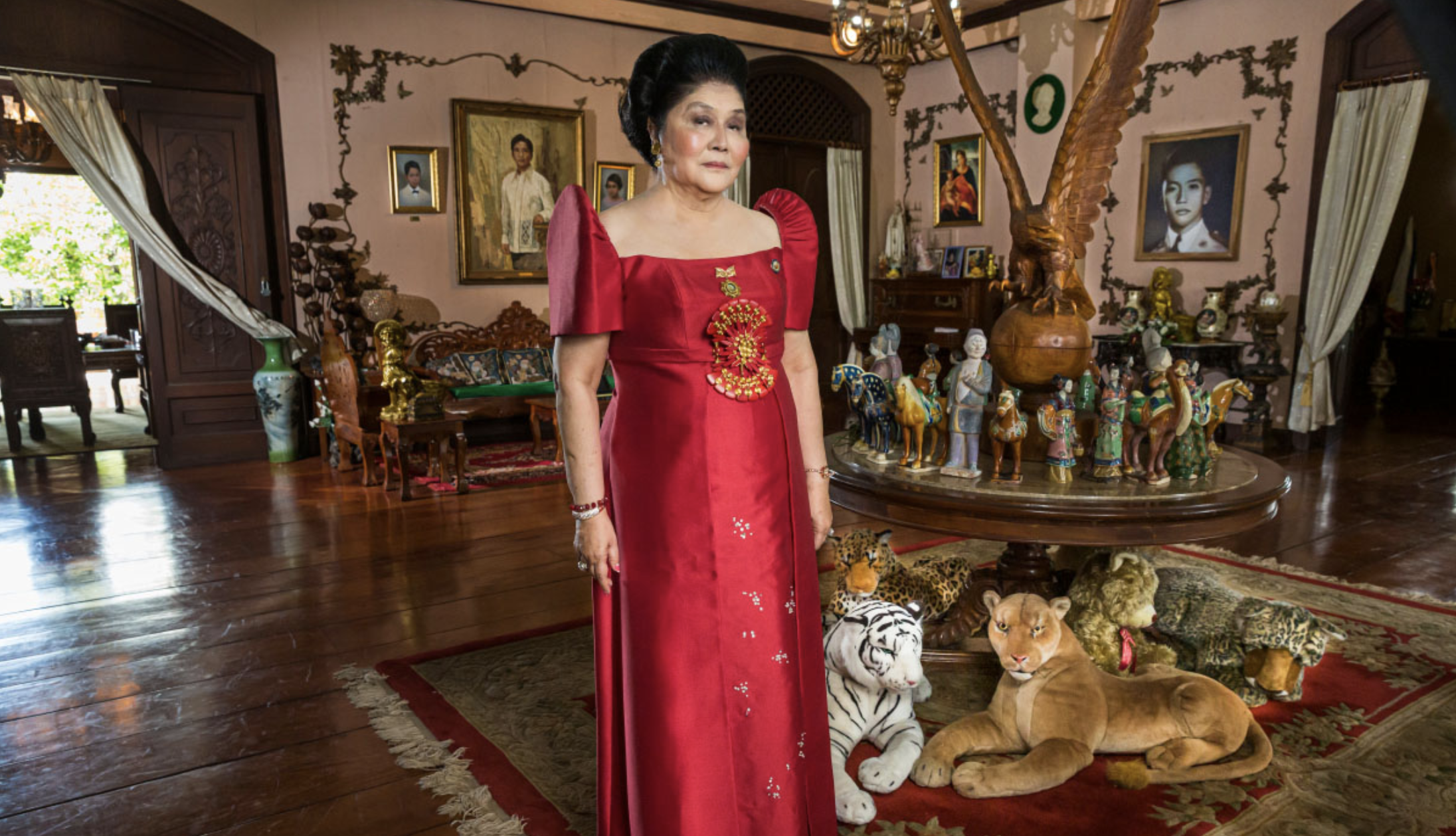 The Queen of Versailles, released back in 2012, was one of the best documentaries of the decade. Directed by Lauren Greenfield, it followed Jackie Siegel, the trophy wife of David Siegel, founder of the timeshare company Westgate Resorts. The film depicted the family’s construction of what was to be the largest residential home in the United States, which quickly went awry once the 2008 financial crisis hit their business hard. The documentary showed that Greenfield has a unique gift for understanding the lives and pathologies of the super-wealthy. Seven years later, Greenfield is back with The Kingmaker, another documentary portrait of a rich lady — one who, like Jackie Siegel, also had a cartoonishly evil husband and a weakness for both opulent residences and rare exotic animals.

The Kingmaker is a portrait of Imelda Marcos, the First Lady of the Philippines from the 1960s to the ’80s. Imelda is known in the popular imagination as the supportive wife of that country’s dictator Ferdinand Marcos, for frequently meeting with world leaders, and for her extensive collection of thousands of pairs of shoes. This one is set on the other side of the world, but is just as instructive, not to mention entertaining.

Greenfield’s film catches up with the now 90-year-old Imelda, and depicts her life today as she luxuriates around her various estates, reminisces about late husband, tells stories about meeting with leaders from Reagan to Mao to Saddam, and pushes the political career of her son, known as Bongbong, who ran for vice president of the Philippines in 2016.

For the first half hour or so, The Kingmaker looks like an attempt to humanize and even rehabilitate Imelda’s image. She opens up about her mother’s death and her husband’s serial infidelities; he claimed he was constantly sending her around the world because he feared a coup, but really it was so he could conduct extramarital affairs.

We start to think this is, if not a puff piece, the equivalent of one of Errol Morris’ docs, where he gives a controversial political figure a chance to have their say while also challenging them.

But eventually things turn, and The Kingmaker lays out that the Marcos family had in fact engaged in massive human rights improprieties, from torturing political dissidents to rigging elections, to a scheme that entailed razing an entire residential area in order to build a zoo of exotic animals which were imported from Africa via bribes. Perhaps it was a clue early on when Imelda revealed how well she got along with the likes of Richard Nixon, Moammar Khadafy, Mao Tse-Tung, and Saddam Hussein.

The Marcos family also plundered billions from their own people, which paid for real estate all over the world, priceless art, as well as that famous shoe collection (The Kingmaker shows, among other things, that the Philippines could really use an Emoluments Clause.) What Imelda has to say now (she only ever refers to her husband as “Marcos”) makes it clear that she was not only complicit in the dictator’s crimes, but continues to defend and profit from them to this day.

And from what we see of the Marcos’ son, Bongbong, he’s a uniquely untalented and uninspiring politician who has inherited all of his father’s corruption, but none of his charisma. The Kingmaker also ties in with the modern-day politics of the country, as its current president, Rodrigo Dutarte, is shown as the true heir to the Marcos tradition, depicted as a Trump to Bongbong’s Jeb Bush.

The Kingmaker also recalls Joshua Oppenheimer’s great 2013 documentary The Act of Killing in the way it demonstrates how national myths are established and carried through the generations. We see schoolchildren reciting why the imposition of martial law was actually a moment of national glory.

How ‘A Beautiful Day in the Neighborhood’ Filmmakers Told the Story of Mr. Rogers