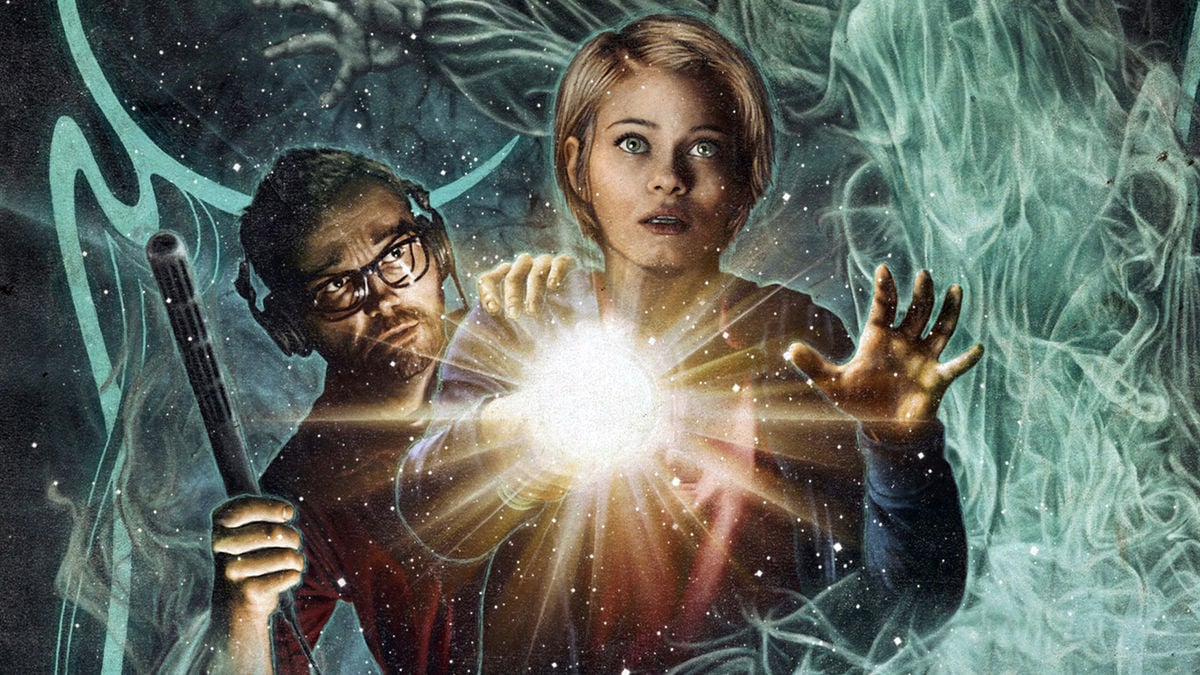 Like The House of the Devil, his love letter to early ’80s horror, Ti West’s The Innkeepers is a slow-burn and a re-imagination of classic horror tropes; only his film is made up of two distinct genres – horror and comedy.

Separated in several chapters, the film opens with a lush score and a haunting credit sequence of images of a grand hotel. Claire (Sara Paxton) and Luke (Pat Healy) work as desk clerks at the Yankee Padler Inn, which is about to shut down due to a shortage of business. It’s the last weekend before they close, so the two take advantage of the lack of guests and take part in their hobby, recording paranormal activity. Claire is told about the legend of Madeline O’Malley, whose spirit has haunted the hotel for decades. She quickly becomes obsessed with the urban legend and spends her downtime, attempting to contact the dead.

West has proven his skill as one of the best horror directors working today with several strong features. With The Innkeepers, he demonstrates his talent for working with his cast in creating characters who act and behave so believably and rationally given the events that unfold. And with The Innkeepers, action is character and the director seems less interested in scares than in creating authentic and emotionally resonant characters in Claire and Luke. The back n fourth banter between Healy and Paxton is pitch-perfect and their chemistry makes their relationship the film’s highlight. Perhaps the most memorable scene in the movie sees Luke nearly confess his love for Claire when drinking the night away. The first act is so well executed, that it might just be the most accomplished of West’s entire career.

The second act continues to flesh out the two leads, while slowly introducing the jump scares the audience is patiently waiting for. The scares are light but fun and West focuses on the build-up of suspense rather than with unnecessary bloodshed and deaths. The frightening set pieces work well when the supernatural is kept off-camera, but the first appearance of the afterlife comes with a long sigh and great disappointment. Several guests at different points in the film come and go for seemingly no reason. One is completely useless, serving only as a red herring, and the others are all underdeveloped, including Kelly McGillis as a former TV actress turned psychic. With the arrival of the final guest comes the third act.

Unfortunately, the third act doesn’t really go anywhere. While the sound design and score are entirely responsible for the film’s creepy atmosphere, The Innkeepers is still lacking in the visual department. Images of an old man marching slowly as if a participant in a zombie walk is not at all frightening, nor is the look of the reoccurring spirit of Madeline O’Malley decked out in a bloody wedding dress. Great sound design is essential to every horror film, but so are haunting visuals, and The Innkeepers lacks in that department. That’s what makes The Innkeepers a major disappointment: all the scares come through the audio. Granted, it’s refreshing that West relies on the world of EVP (a device much more original than the point of view shaky-cam we’ve come to expect), and while I am a firm believer that the best scares come from your own imagination, The Innkeepers isspoiled by a poorly executed third act.

The end result is rushed and the ending as a whole leaves you unsatisfied. Abrupt endings can be effective, as seen in West’s prior film House of The Devil, but The Innkeepers never offers any sort of explanation nor a clever twist.

Graham Reznick’s sound design, Eliot Rockett’s cinematography, and Jeff Grace’s score are all top-notch. The three men have been collaborating with West for quite some time, having developed a collective style. The problem here is all in the screenplay. West is an important voice in modern horror and writing a somewhat negative review leaves me heartbroken. The first half of The Innkeepers demonstrates his growing talent. The second half seems as if West is simply repeating himself – short climax, an abrupt ending, and little payoff. With that said The Innkeepers deserves some praise for its excellent production values, great cast, and its attempt to produce a film that isn’t a carbon copy of any recent trend.

Free Guy is a Disingenuous Adventure Through Video Games