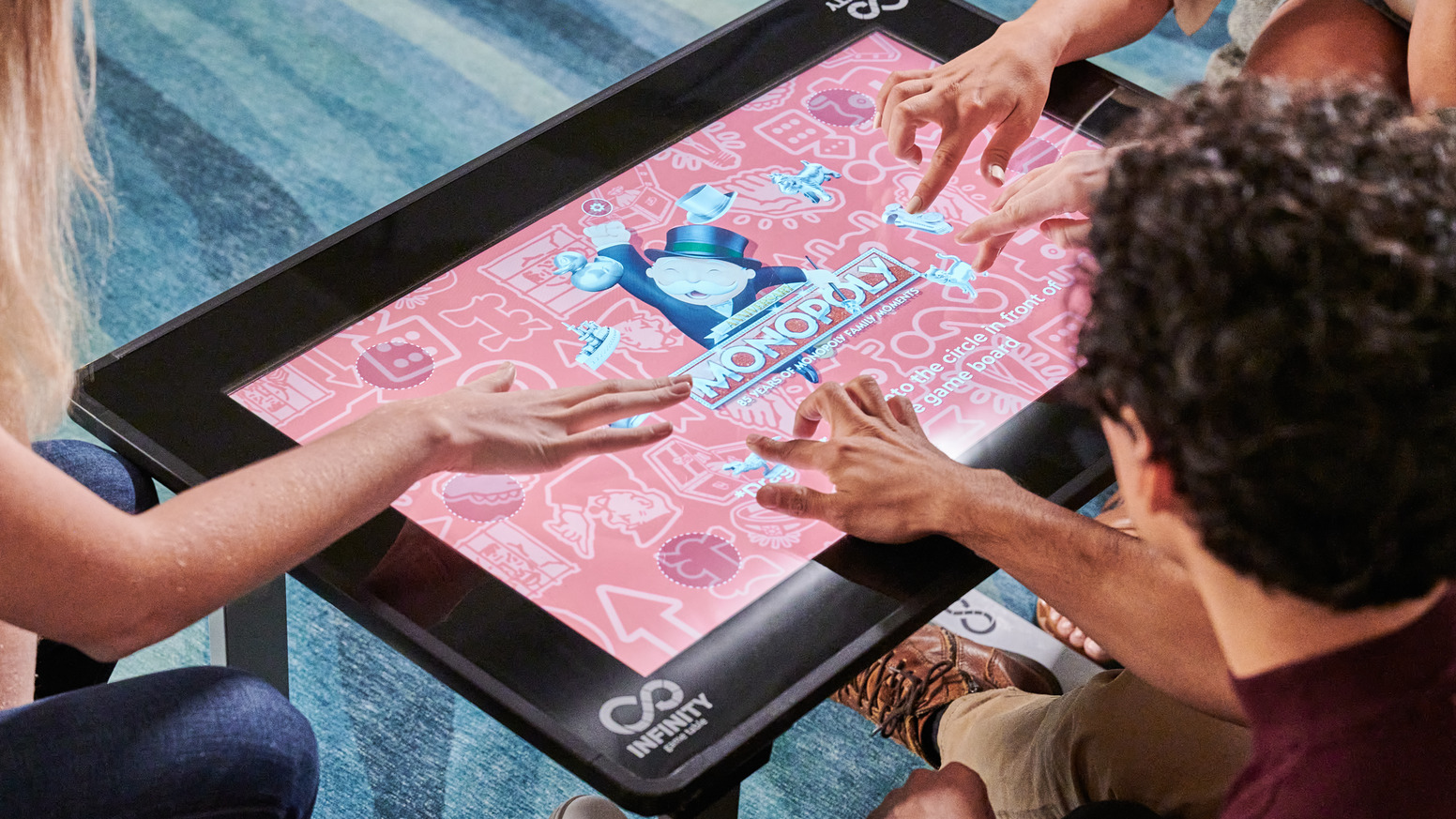 I’ve always been pleased that board games were not completely replaced when electronic video games became the main method of gaming. Board games certainly have their charm but the clean-up can sometimes be an irritating process, which is why there is now an option available that still keeps that traditional feeling of playing a board game but digitises them within a table format: The Infinity Game Table. That means you can now play board games with your morning coffee without the risk of dropping any pieces into your drink. Has anyone else ever done that before? Just me? Yeah, definitely just me.

The Infinity Game Table began its life as a Kickstarter projects and was an absolutely massive success, with around 1,483 backers pledging over one million dollars towards it. The table was designed and created entirely by gamers over at Arcade1Up; a computer hardware production company that provides working replicas of arcade cabinets but does so by utilising emulation and modern technological components. The table allows for up to six players to jump in- depending on the game- and has tons of cool features such as – according to the Kickstarter information page- enabled Wi-Fi, tactile feedback, dynamic zoom, a high res screen, detachable legs, two size options and an impact and water resistance surface.

Another cool thing about this table is that it comes pre-loaded with a bunch of classic board games-including Monopoly, Scrabble, Battleship etc. – but there is also access to more than fifty games and activities- such as jigsaw puzzles, comic books and digital colouring books- via the online element. This table is such an awesome step forward for technology and gaming that both preserves the traditional board game whilst bringing them into the modern age.

Make sure to check out the original Kickstarter for more info as well as the official website for The Infinity Game Table and Arcade1Up’s website too.