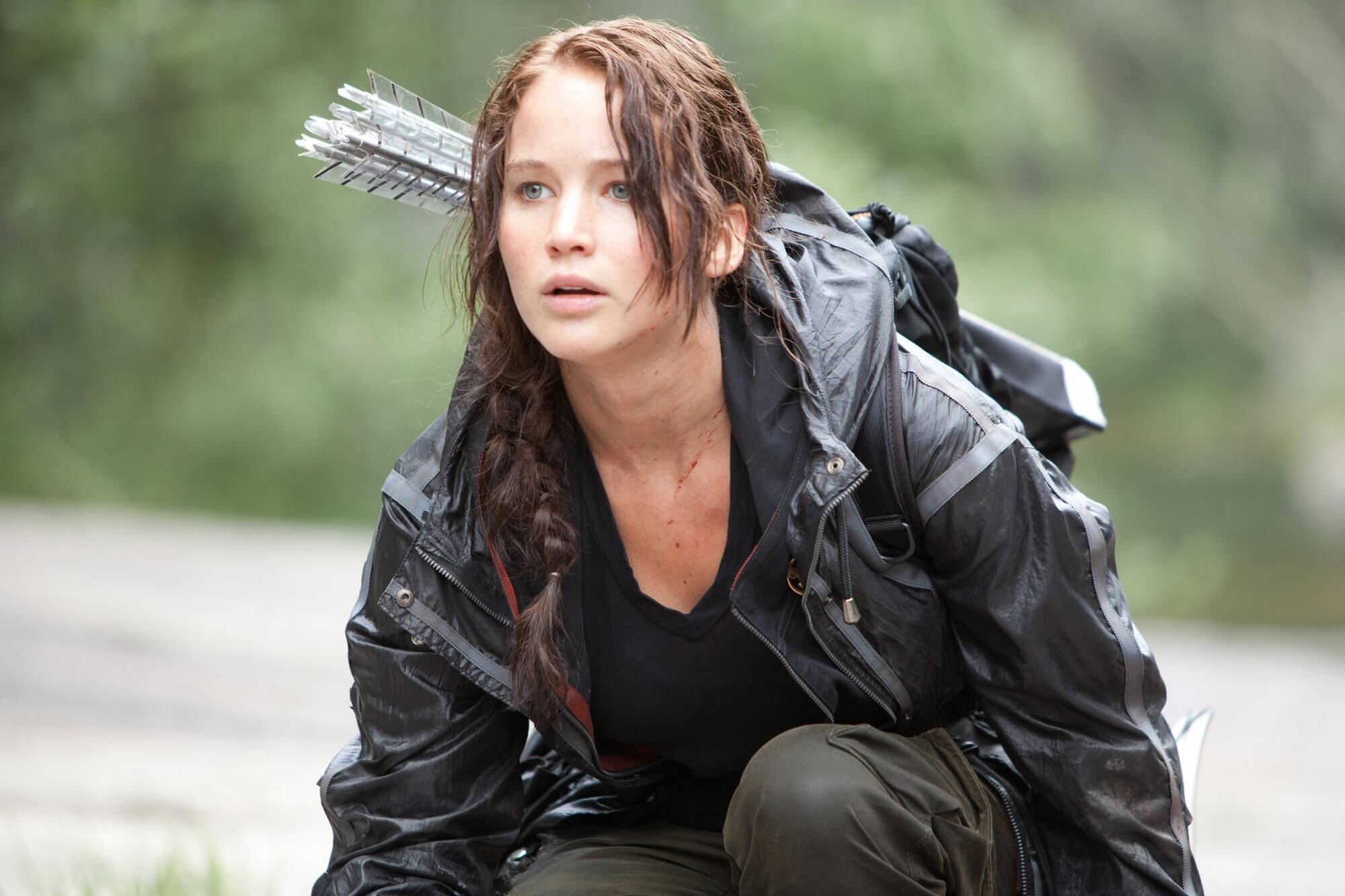 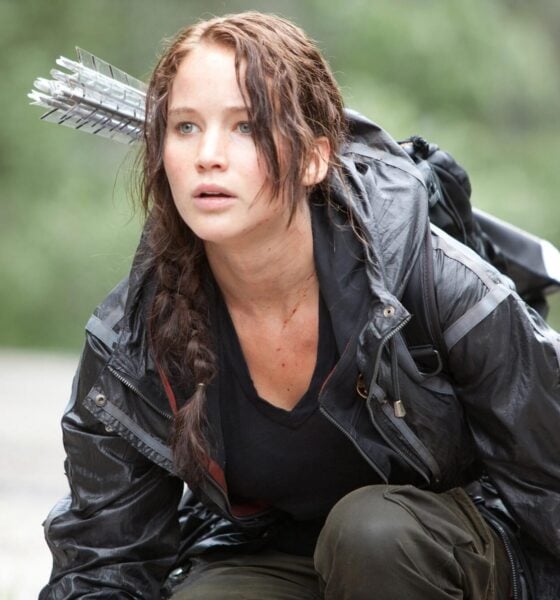 May the Odds be Ever in your Favor

In a dystopian future, the Capitol of the nation of Panem randomly selects twenty-four of the country’s youngest inhabitants to fight to the death in a yearly event titled The Hunger Games. The film’s tagline – “The World Will Be Watching” – refers to the televised titular contest, which the government uses to maintain order.

Two “tributes” from each of twelves districts, a boy, and a girl, must participate until only one is left standing. Sixteen-year-old Katniss Everdeen (Jennifer Lawrence) of District 12 (the coal mining district that fuels the Capitol) volunteers in her younger sister’s place and is left to rely upon her sharp instincts and the mentorship of drunken former Hunger Games victor Haymitch Abernathy (Woody Harrelson). If she is ever to return home, Katniss must make impossible choices in the arena that weigh survival against morals, humanity, and love.

The Hunger Games certainly wasn’t in need of any publicity when released. Suzanne Collins’s best-selling novels sold over 100 million copies worldwide with the first novel featured for more than 180 consecutive weeks on the N.Y. Times bestseller list. As with any project of this magnitude, the question was whether this global phenomenon would translate well to the medium of film. The answer to that question is a roaring yes.

Years later, I still find The Hunger Games to be a highly ambitious, grounded, intelligent, intriguing, thoughtful, emotionally gratifying blockbuster, which doesn’t pander or speak down to its primary target audience – how refreshing is that? Director Gary Ross (Pleasantville, Seabiscuit) doesn’t play by the typical rules of franchise-building and abandons a glossy, romanticized mainstream feel opting instead for stark emotional realism. Ross is more concerned with the human element of the story, rather than the spectacle, Hunger Games features a compelling central character and a strong narrative structure, replete with sharp observations about the politics of democracy, authoritarianism and the various dangers of fascism.

It helps that the screenplay was, for the most part, penned by both Ross and the author of the book, Suzanne Collins. The text is thematically provocative, and its allegorical elements are superbly executed, highlighting the way the Games amplify today’s obsession with reality television. The Games represents the Capitol’s twisted idea of mass entertainment as well as the idea of TV as a model of state control over the populace, so despite its futuristic setting, Hunger Games serves as a timely and effective parable of the way we live today.

Hunger Games certainly does not use an original concept. Apart from the obvious comparison to Kinji Fukasaku’s gloriously sick and twisted masterpiece Battle Royale, one can point out influences dating as far back as Richard Connell’s The Most Dangerous Game to Stephen King’s The Running Man, William Golding’s Lord of the Flies, the French flick Le roi des ondes Louis XIX (later remade as The Truman Show) and even Spartacus, a film based on actual events. But despite its well-worn concepts, Ross’s adaptation still feels fresh, and more importantly has something those other stories don’t have: an effective love triangle of sorts, between Katniss and two vastly different boys. Hunger Games is an unlikely coming-of-age story in which a teenage girl finds love and self-confidence in the deadliest of situations. While Katniss harbors secret feelings for Gale (Liam Hemsworth), her best friend from back home, her relationship with Peeta (Josh Hutcherson) develops and deepens as they fight to survive, thus forming the love triangle that attracted so many readers of the original source material.

Half the battle of filmmaking is proper casting, and matching the right talent to the already well-fleshed out characters of the book wasn’t easy. Ross pulls together an all-star cast who all deliver in spades. At the heart of it all is Jennifer Lawrence, who is astounding, occasionally letting Katniss’s vulnerability show through while retaining her overall strength. Katniss is the anti-Bella Swan from Twilight; she is smart, strong, resourceful, self-reliant and never defined by her relationship or lack thereof to a male counterpart.

Ross’s decision to film The Hunger Games with docu-drama/shaky-cam techniques won’t please everyone. Longtime Clint Eastwood collaborator and cinematographer Tom Stern shoots key sequences in this style that would be just as effective if shot with a tripod. It’s also clear that the need for a PG-13 rating likely influenced that aesthetic choice; a film vividly depicting the events of the book would certainly carry an R. It takes some getting used to, and admittedly one is left to wonder why there is so much of it, but somehow it reflects well on the tensions and hostilities of the story. If anything it conveys the immediacy and first-person point-of-view from the book. We see flashes of weapons being used, blood splattering, whimpers and cries and sometimes screams – Ross finds every which way to convey the horror without the graphic detail.

The way Ross etches life in District 12 feels authentic and lived-in. Meanwhile in the Capitol, Philip Messina’s production design is consistently impressive creating bold set-pieces, a look he likes to call “retro-futuristic.” It’s quite a visual spectacle, as are the costumes and makeup, most notably that of Stanley Tucci playing the darkly funny Caesar Flickman, a cross between the Joker and a future Jay Leno. The score, a joint venture between composer James Newton Howard and executive music producer T Bone Burnett, is fantastic, as is the soundtrack, which features a hauntingly atmospheric track by Arcade Fire.

As for Peeta, there’s a lot to admire about Hutcherson’s performance. He’s an inherently good person, easy on the eyes and packs physical strength, but more importantly, we completely believe in his love for Katniss. The film manages to achieve a strong surge of emotion from most of the cast, especially with the youngest tribute, a girl named Rue (played brilliantly by newcomer Amandla Stenberg), responsible for the film’s most powerful scene. And while the entire cast is great, a special mention needs to be made for Lenny Kravitz, the only actor who could, even if for a moment, steal the spotlight from Lawrence.

The Hunger Games is emotionally engaging from start to finish. It’s less than a masterpiece but nevertheless deserving of the ubiquity it no doubt earned over the years.