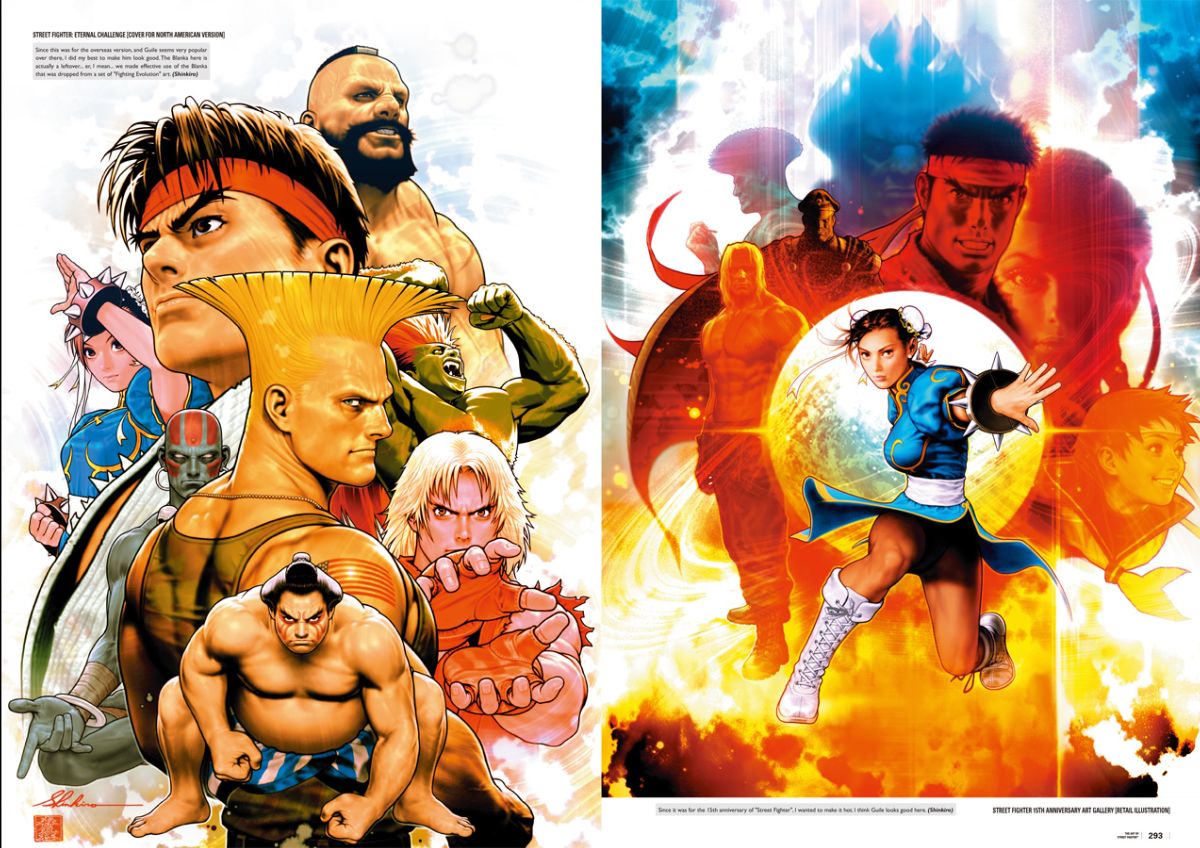 No matter whether you are a casual or a hard-core gamer- or even if you’re not a gamer at all- I’m pretty sure that you would have heard of Street Fighter. The legendary Capcom fighting game is probably one of the best known video game fighting series’ out there, becoming a pop culture phenomenon due to its memorable characters, quotable catchphrases and moves (don’t pretend like you’ve never tried to “Hadouken” someone) and fun and challenging gameplay. With that being said, Street Fighter is the latest to get an “Art of” book to its name and pre orders have opened up for the hardcover Udon Store exclusive version of the art book.

The book is absolutely huge with 448 pages chock full of awesome concept art as well as unseen sketches, crossovers and more. This is definitely something that is sure to interest collectors, Street Fighter fans and art enthusiasts to name a few. Check out the press release for The Art of Street Fighter below.

This summer, the king of fighting games gets the ultimate art book! UDON Entertainment is excited to announce THE ART OF STREET FIGHTER HARDCOVER EDITION, collecting over 25 years of classic Street Fighter artwork! Long out-of-print in softcover, this leveled up hardcover edition covers the eras of Street Fighter I, II, III, IV, and Alpha

The UDON Store is excited to release an online exclusive edition of THE ART OF STREET FIGHTER HARDCOVER EDITION, featuring wraparound swimsuit cover art by Akiman, the classic Street Fighter artist and creator of Chun-Li! Included with the UDON Store edition pre-order is an exclusive 33 x 22.5″ folded poster of Shadaloo Headquarters. This classic Akiman illustration features details on every nook and cranny of Shadaloo HQ. The poster is doubled-sided, and features English text on one side, and the original Japanese text on the other.

THE ART OF STREET FIGHTER HC ONLINE EXCLUSIVE EDITION & Limited Edition Poster are available for pre-order now at UDONStore.com and will ship July 2021.

THE ART OF STREET FIGHTER HC