To try and find Chungking Express without the use of Filmstruck is to understand just how vital the streaming service is. At just twenty-five years-old, Wong’s film isn’t available to stream on Amazon Prime, Netflix, or iTunes. The film’s 2008 Criterion Collection Blu-Ray and DVD are currently out of print (although they can still be acquired should one wish to spend one hundred dollars or more on a used Blu-Ray), which is to say that for all but the most ardent Wong collectors, it cannot or will not be acquired. There is a 2017 Blu-Ray pressing available on Amazon for thirty dollars — if you can read Japanese subtitles, of course. How can such a relatively recent film, which still looks and feels extremely modern, now teeter on the edge of inaccessibility?

It’s difficult to discuss Chungking Express without immediately feeling compelled to remark upon those qualities of the film that bear the stylistic trademark of director Wong Kar-Wai. From step printing — the filmmaker’s signature dissociative, mesmerizing visual flourish — to his consciously repetitive usage of popular music, the often dreamlike, visually stunning Chungking Express is an emblematic Wong offering, replete with the filmmaker’s most notable tricks. Among the thirty films that will comprise the Filmstruck Cram, it is also among the most susceptible to becoming far too scarce.

Chungking Express tells two separate and unrelated stories, both of which concern a policeman in Hong Kong coping with a recent breakup and searching for new romance. Wong’s stylistic gymnastics, aided by the rich textures and vivid images of cinematographers Lau Wai-Kung and Christopher Doyle, bring to life a bustling but alienating Hong Kong — a city in constant flux which acts as a backdrop for lives that transform in isolation. The central themes of impermanence and isolation have only become more resonant with the rise of an overwhelming and alienating online social square, and — at least in America — the trending return of populations to large cities. 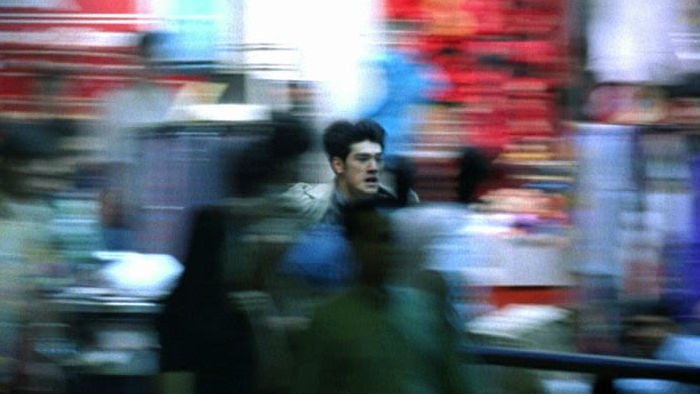 The policemen in the film, He Qiwu (Takeshi Kaneshiro) and another we know only as Cop 663 (Tony Leung Chiu-Wai), process recent breakups in the cramped apartments and loud diners that populate Wong’s claustrophobic Hong Kong. In that regard, Chungking Express tells a story which is technically romantic. And while they might be fixated on love, Cop 663 and He Qiwu are to a far greater extent confronting the nature of expiration: Qiwu resolves to eat an expiring can of pineapple every day for the month of May (his birth month), while Cop 663 wonders how and why his once fiery relationship with a flight attendant lost momentum.

Later, Cop 663 (to whom I now wish Wong had bestowed a proper name) catches the eye of a waitress named Faye at his local diner, and she makes the bold and sweet move of sneaking into 663’s apartment to clean and update some of his household items. These scenes are in dialogue with 663’s relationship autopsy; just as he can’t pinpoint the inflection point in his last relationship, he fails to notice when Faye changes his soap, or table cloth, or adds new goldfish to his tank. Wong is underscoring the nature of slow change, which can act as erosion; Cop 663’s own apartment is transforming around him, but it’s happening so slowly that he fails to notice. Similarly, cans of pineapple left unattended are likely to expire before one has the chance to eat them.

Despite the apparent simplicity of the relationships in Chungking Express, neatly summed up as two Hong Kong policemen looking for love, Wong actually demonstrates two familiar stages within the romantic cycle. In one, Qiwu spirals, gorging himself on pineapple as he struggles in a pit of grief and self-loathing; in the other, Cop 663 is emerging from his emotional nadir, and is eventually successful in finding new love. The film is remarkable for just how relatable each man’s story is, especially when underscored by the persistent theme of impermanence. Qiwu’s relationship was five years long, but it would require real naïveté to assume such a long time frame insulates romance against rapid decay. As the film so vividly demonstrates, people change — and as with Cop 663’s apartment, such change can become wholesale before anyone notices it has begun. 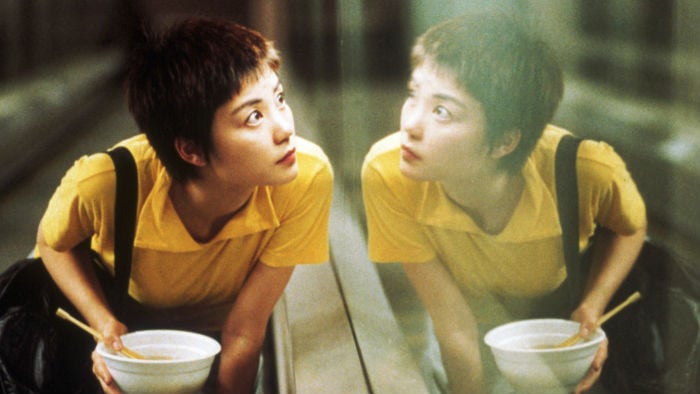 It’s odd how cannily Chungking Express seems to inadvertently comment on its own stature in the cinematic landscape. Wong’s Hong Kong is overcrowded, forcing inhabitants to compete for attention like films in a Netflix queue, jostling for position amongst millions of others against an ever-present, cacophonous backdrop. Cop 663 and Qiwu learn hard lessons about impermanence and observation, which overlap in at least one regard: if left unattended to — or overlooked — the people and things we purportedly cherish might irrevocably transform, decay beyond repair, or leave us behind altogether. Chungking Express deserves to be cherished — yet by the film’s own logic, it seems just as likely to disappear while no one is looking.

Is ‘Dragalia Lost’ Worth Investing Time in?