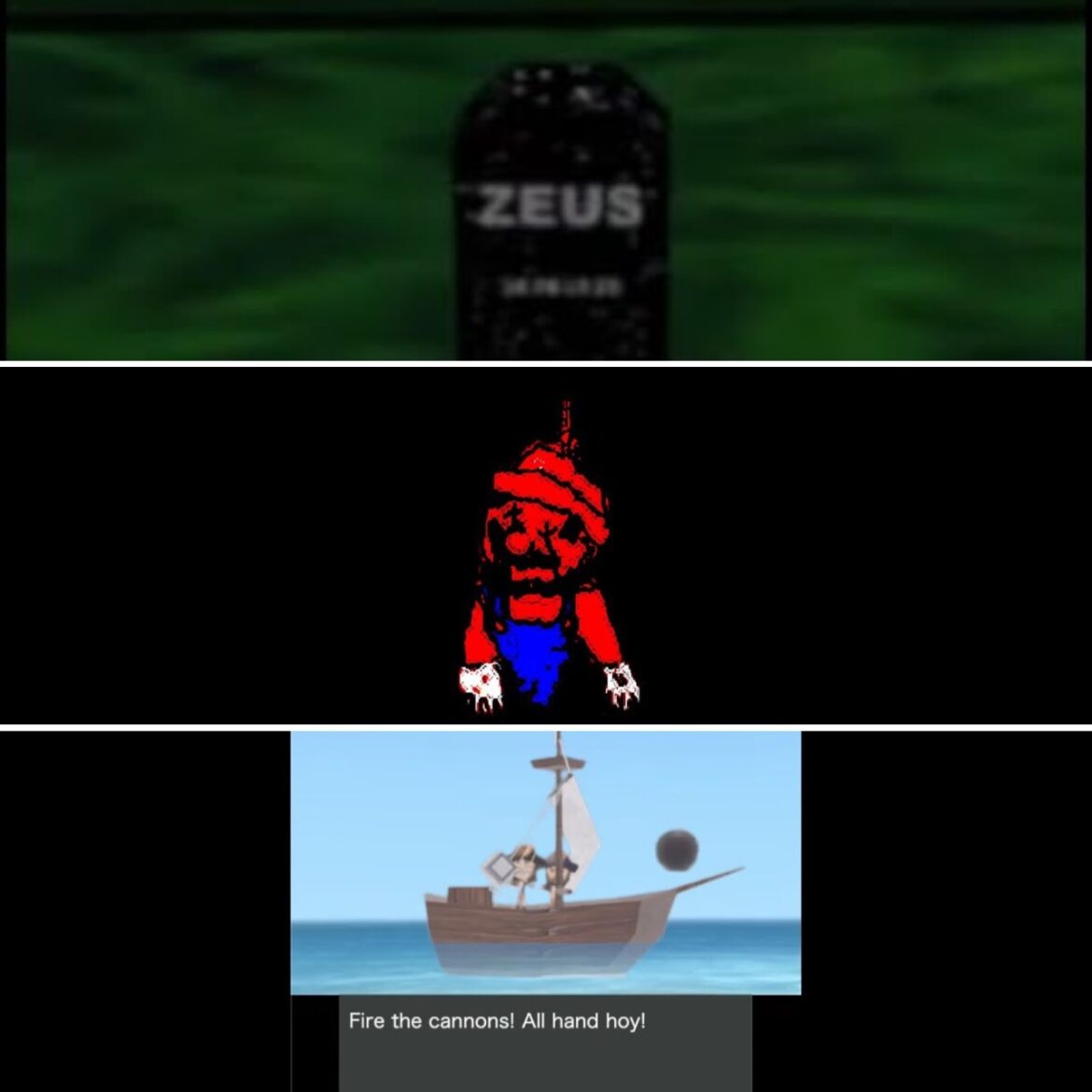 If you’re a frequenter of our blog here on Goomba Stomp then you may remember that I recently spoke about an anti-piracy screen from the 2007 Mario Party game for the Nintendo DS. Embarrassingly, I thought it was real but it turned out to be a fantastically made fake (go check it out for yourself and tell me you’re not convinced of its authenticity!). Since the Mario Party anti-piracy meme went viral, several more have come to the fore that are equally convincing (as well as some that are not so much). Let’s take a look at some of the most noteworthy ones.

This anti-piracy screen from Tomadachi Life comes from YouTuber “micah price” and features pirates taking over your island. Your character runs for their life as the pirates begin firing their cannons upon the innocent islanders. A news report then flashes onto the screen depicting the pirate takeover, followed by a rather bleak message saying that the island has been plundered and ransacked and is now desolate as the islanders have been taken over. Oh and there’s also a cameo from Rick and Morty thrown in there too. Top tier stuff.

YouTuber Joey Perleoni is back with yet another Mario Party DS anti-piracy screen, this time showing the player having their character forcibly removed from the game and left on an empty game board by themselves. When they query where everyone is gone, a text box pops up saying “Nobody wants to party with a criminal”. I mean, it’s true but they didn’t have to say it. The game then gets that screen of the characters locked behind bars once again. Again, Perleoni suggests that this is real with their description comments but it’s likely another fake. Nevertheless, the effort that has clearly gone into making these fake anti-piracy screens is insane. Much respect, but why do you have to keep using Luigi? Now everyone thinks he’s a criminal. Why you got to do my boy Luigi like that?

So, this one is a little intimidating due to the threatening nature of the messages that appear. YouTuber “Jannintendo” created an anti-piracy screen wherein a text box shows up with the usual messages, you are using an illegal copy of the software, piracy is a crime and so on and so forth. The next message is a little more unsettling “You will have to face the consequences now.” Unnerving to say the least. A clever little addition of a Miiverse message bubble then pops up with a message from Mario himself saying “PIRACY IS NO PARTY” as in the Mario Party DS fake screen. When asked if the player is ready to face the consequences, there are two choices: yes or yes. This is followed by a screen that says “This won’t be fun” as Mario is thrown into an unbeatable level with lava slowly rising until it kills you. I love it.

Okay, this one just really frickin hurts. This is actually from “micah price” again and shows the player picking a lovely Siberian Husky puppy, naming them Zeus and generally enjoying their life with their new best friend. Then the puppy starts making odd noises and a message pops up saying “Zeus is sick with scurvy”. Get it? Scurvy? Pirates? That did make me chuckle, I won’t lie. But then the laughs came to an end as a black screen is shown with the message “Zeus has died. Nintendogs can only survive in legitimate Nintendo DS cartridges. WHY. Why did you have to show them picking the puppy and living a happy life??? Why micah why?? Just to add insult to injury, we then get a show of a small gravestone with the name “Zeus” on it and a message saying “Rest in Peace”. I’m done with this one. I need a moment to recover.

I pride myself on being someone who doesn’t scare easily but this is something that bugs me. I don’t like it. It genuinely freaks me out. The unnerving music, the creepy Mario art showing him hanging and the general phrasing of it all. It’s all a big nope from me. This is the most unbelievable one too as its highly unlikely that Nintendo would go this far, even with a pirated game. But it is certainly a noteworthy addition from YouTuber CHEEZE.

It seems like this is a viral trend that won’t be going away anytime soon so I look forward to seeing even more creative fan-made anti-piracy screens.

Cyberpunk 2077: Finding Beauty in the Bugs

Oh god that last one…