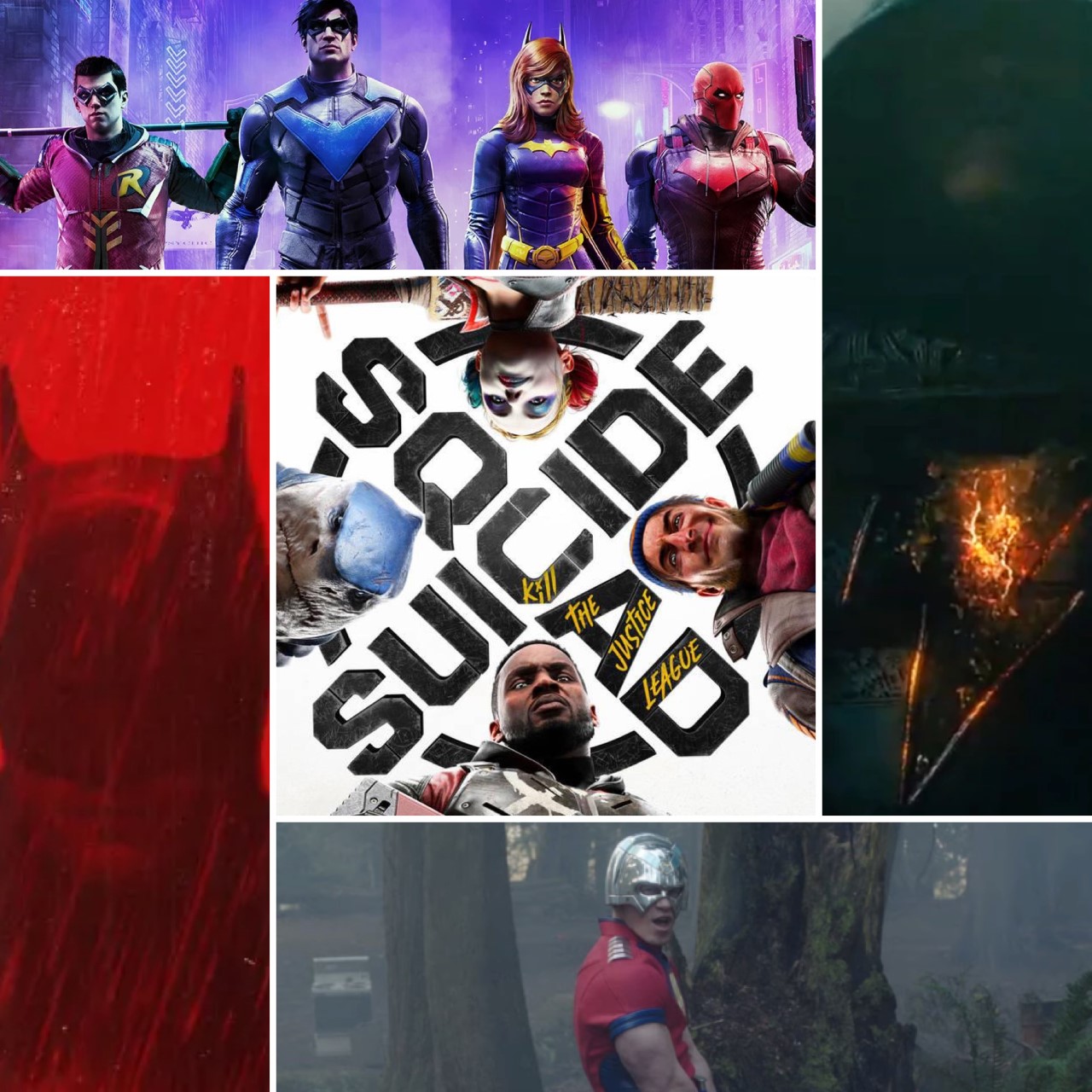 Black Adam is a film that has been making the rounds behind the scenes for many years, with Dwayne Johnson attached to the project from as early as January 2017. The film became something of a personal project for Johnson, similar to Deadpool for actor Ryan Reynolds. Black Adam is an antihero/ villain in the Shazam DC series, acting as the arch-nemesis to the titular hero in the comic books. Black Adam was teased at the DC FanDome last year, with concept art shown and Johnson giving a small titbit of information. However- with the film now in the post-production stages- we finally got a teaser trailer. Brief but atmospheric, the trailer shows Black Adam being summoned and not taking it too well, turning someone into literal skeletal dust with his electric powers. The summoners then decide that it’s a good idea to try and shoot the immortal god. As their bullets bounce away effortlessly and Black Adam catches one in his hand, I’m assuming that the summoners are re-evaluating their life choices. I have a good feeling about this one as Dwayne Johnson seems to be on top form. Like I said, his passion for the film and the character very much reminds me of Ryan Reynolds and Deadpool and that turned out awesomely. A release date was also given for the film: 29th July 2022.

One of the most anticipated DC FanDome reveals was the new trailer for Matt Reeves’s The Batman. This time around, we get a more significant look at the rest of the cast, including Zoe Kravitz as Selina Kyle/ Catwoman, Andy Serkis as Alfred Pennyworth, Colin Farrell as Penguin, Jeffrey Wright as Commissioner Gordon, and of course Robert Pattinson as Bruce Wayne/ The Batman. Interestingly, Paul Dano’s Riddler is in the trailer but we don’t get to see his face which feels very much intentional. The tone of this film is looking more and more promising with every new look that we get, suggesting a furious and highly vengeful take on the character. Batman is a genuinely terrifying presence, even more so than we have ever seen him before (with the exception of Christian Bale’s Batman during certain moments of the Christopher Nolan series). Pattinson exudes anger and instills fear with his performance, with the final shot of the trailer perfectly demonstrating his intimidating nature. The Penguin believes he has bested Batman during a chase by setting the Batmobile alight but the supercar emerges from the flames untouched and topples Penguin’s vehicle. As Penguin watches helplessly from his overturned car, we see Batman slowly approaching with flames surrounding him. It is such a cool, goose-bump-inducing shot but also a great example of how this iteration of the Caped Crusader feels like an immortal being to be feared rather than a run-of-the-mill superhero. In case you couldn’t tell, I can’t wait to see this one. The Batman is due for release on March 4th, 2022.

I was kind of surprised that a Peacemaker series was already in the works after watching James Gunn’s The Suicide Squad. It felt like a lot of optimism had been placed on the film performing well and on John Cena’s character being well received to greenlight a series for him before the movie was already out. Thankfully, the film did indeed do well and Cena was well received and so the Peacemaker series is hopefully going to be a welcome addition. The show was written by James Gunn directly, who also directed most of the episodes in the series too. This is particularly promising as Gunn has a knack for bringing out the best in somewhat unexpected characters, much like what he did with Guardians of the Galaxy and The Suicide Squad, Peacemaker included. John Cena is also hugely likeable despite the character being a total ass. I’m interested to see how the development of his character will progress with this series. Also, there is an Eagle. I love Eagle. If anything happens to him I will kill everyone on this planet and then myself. My prediction is that Eagle will be MVP.  Peacemaker is releasing on January 13th, 2022, on HBO Max.

Moving on to the realm of DC video games, Kill the Justice League was first announced last year. Whilst we still haven’t had any actual gameplay to discuss, we did get a story trailer which gave us a pretty significant glimpse of the narrative. The trailer opens in a similar style to the Batman: Arkham games (Rocksteady- the Arkham developers- are the team working on this game too), with criminals being taken into Arkham Asylum. This time around it isn’t Batman doing the bad guy carpooling, but there are some hints that we will see him in the game. The player will choose between Harley Quinn, King Shark, Captain Boomerang, and Deadshot as they fight off an alien threat that seems to have brainwashed the Justice League (who have creepy purple eyes and veiny tendrils on their face which makes me think of alien brainwashing). We see The Flash, Green Lantern, Wonder Woman and Superman as well as a glimpse of the Batmobile. Arkham’s Penguin is also seen being electrified into submission. The story looks like a lot of madness and a lot of fun. Now, all we need is a gameplay trailer. That being said, I don’t need to see gameplay to know that I will be maining Harley. There is no exact release date for Suicide Squad: Kill the Justice League as of yet but what we do know is that it will be out sometime next year, 2022.

Sticking with video games, the upcoming game Gotham Knights got a story trailer as well during the DC FanDome. The trailer showed off the major villains of the game: the Court of Owls. In the comics, the Court of Owls are an underground society made up of the wealthy Gotham elite who have a hand in all of the dirty dealings in the city. Even The Penguin- who appears in the trailer- seems to be intimidated by them and aware of their power and presence in Gotham. With Batman and Commissioner Jim Gordon supposedly dead in this version of Gotham, The Court of Owls seem to be hunting down what is left of the Bat family- Batgirl (Barbara Gordon), Nightwing (Dick Grayson), Robin (Tim Drake) and Red Hood (Jason Todd)- the last bastions of justice in Gotham. These characters are who the player will be taking control of in order to uncover the secrets of the Court of Owls. This is also looking like another exciting and fun DC game, allowing a new generation to step up as protectors of Gotham. I have to say, I’m loving these two different takes on the DC universe as a whole in video games. Playing as the bad guys in Suicide Squad: Kill the Justice League and then as Batman’s proteges in Gotham Knights could be a fresh new take on the superhero video game genre. Gotham Knights will be releasing in 2022, though there isn’t a specific date for the game as of yet.

There were tons of other cool announcements during this year’s DC Fandome- such as a trailer for the upcoming The Flash film, behind the scenes looks at Aquaman 2 and Shazam 2, a look at the upcoming animated series Batman: Caped Crusader, the announcement of “The Milestone Initiative” which will give a new generation of comic creators an opportunity to learn from veterans in the business and much more- so make sure to check out the DC FanDome website to get a recap or to watch the whole show again.