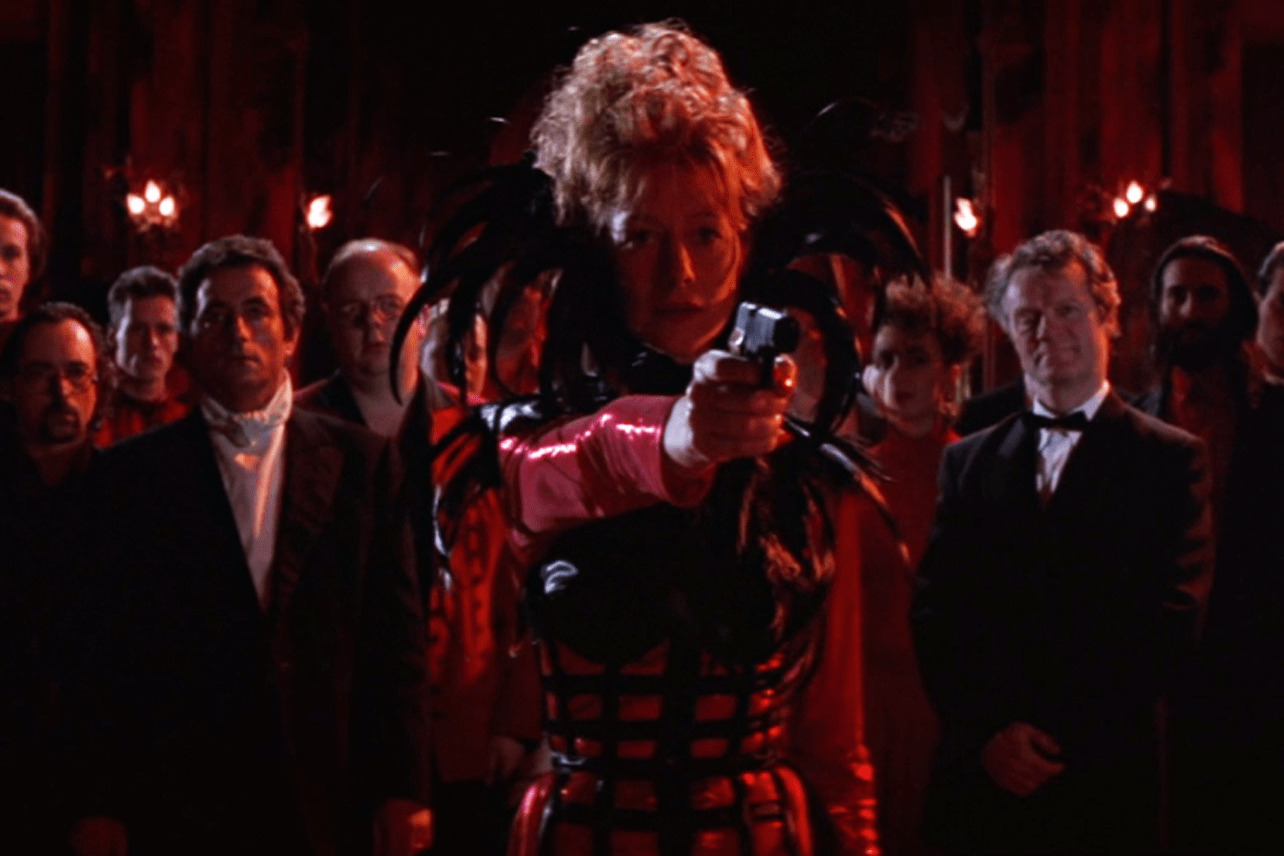 The Cook, the Thief, His Wife, and Her Lover (now say that five times, fast), was the first in a series of films that eventually broke the camel’s back and lead to the creation of the NC-17 rating category in 1990. The film, released in 1989 and directed by Peter Greenaway, was given the choice by the Motion Picture Association of America (MPAA) of either self-applying an X rating or settling for release as ‘unrated.’ By 1989, however, this was hardly a fair choice. Since the 1969 release of Midnight Cowboy, the X rating had grown to become synonymous with the porn industry and both X rated and unrated films were unwelcome in many mainstream theaters.

In the face of the decision, Harvey Weinstein from Miramax brought the film to the MPAA’s appeals board, and Helen Mirren, the film’s star, flew over from England to defend it.

The debate over the movie ratings system had been simmering in the years since its implementation in 1968. The MPAA’s refusal to reward R ratings to serious films like A Clockwork Orange (1971), Blue Velvet (1986), and others brought into question the legitimacy of the system itself. And by the time Helen Mirren sat down with Roger Ebert in April of 1990 to discuss the controversy surrounding her latest film, people in the industry were beginning to bring censorship and basic constitutional rights into the discussion.

In The Cook, the Thief, His Wife, and Her Lover the viewer is hardly allowed to relax for a single frame without some squeamish occurrence. Even the visually pleasant and colorful scenes of the restaurant during the calm before each nightly rambunctious dinner ruled by the Thief, are laced with the disturbingly high-pitched operatic singing of a choirboy doing kitchen work. Later, the little boy’s belly button is cut out by the Thief. In one scene, a man has feces smeared on him, and then is urinated on, and then there’s the serving for dinner of an entire roasted human body, piping hot and still emanating steam.

Helen Mirren admits in her interview with Ebert, that after seeing ‘The Cook’ audience members walk out of the theater feeling “like they’ve been mugged.” But at least the audience members feel something. The violence depicted and described in the film is so disgraceful and unimaginable that it’s absurdist, taking the viewer out of the film world for a moment. It isn’t a thief having his hands chopped off in Robin Hood, it’s death by having a book (The French Revolution), rammed down your throat and up your nose one page at a time.

When asked what she said to the MPAA appeals board, Mirren replied that she had “made a long speech about art, and what was art in filmmaking. I said that if a film was done with a deep, imaginative, artistic intent, even if children do go to see it, I think it’s less destructive to them than going to see so many of the horrible films that come out under an R rating. I can’t see where anything in our film is more destructive to the human spirit than the sort of mindless violence they do approve for children.” She went on to say, “The thing is, you find yourself arguing within a system that you don’t basically believe in. I came to realize very quickly what the rules are, and how they shakedown, I think it’s philistine, and I think it’s censorship.”

In this case, Harvey Weinstein lost his appeal, and the film was initially released without a rating. But Weinstein succeeded in bringing the shortcomings of the ratings system into the public eye. In the months after ‘The Cook’s’ release, the same story would play out again and again as Henry: Portrait of a Serial Killer was refused an R rating, then Tie Me Up! Tie Me Down! was also refused an R and later Henry and June found itself appealing to the MPAA.

Each of these films now represents an important battle fought (even if it was not always won) in the campaign to convince the MPAA to re-evaluate its system. And today, The Cook, the Thief, His Wife, and Her Lover is rated NC-17. But while the creation of an NC-17 category was considered a major victory, how much has it really changed things?

Editor’s Note: This article was originally published under our old brand Sound On Sight. For more on The Cook, The Thief, His Wife, And Her Lover, we recommend listening to the episode of the Sordid Cinema podcast embedded below.