The Filmstruck Cram — Day 7: ‘The Candidate’

The Candidate is both prescient in its portrayal of campaign politics and entirely quaint in its level of cynicism, the latter of which is calibrated for 1972 (the film’s release year) and unequipped to level any kind of satire at the polarized, hyper-partisan politics of 2018’s America. Directed by Michael Ritchie, the film stars peak-handsomeness Robert Redford as Billy McKay, a liberal lawyer who is beseeched by a grass-roots campaign manager to run for Senator in California. McKay does so reluctantly, believing he will lose but draw attention to the issues he considers paramount: civil liberties and ecological preservation. However, McKay doesn’t lose, and as he stumbles through an upset victory, the hardline liberal dilutes his rhetoric, moving closer to the milquetoast political non-speak he derides at the film’s start. In the story’s anticlimax, the activist-turned-politician can only offer a befuddled question to his campaign manager: “What do we do now?”

Viewing The Candidate through the prism of the 1970s, it’s easier to understand the satire that Ritchie and screenwriter Jeremy Larner are attempting. When the erstwhile idealist McKay surrenders his passions at the altar of party machinery to become a neatly packaged item designed for mass appeal, the film notes that politics and virtue are mutually prohibitive. One newscaster character explicitly says as much when highlighting a tonal shift late in McKay’s campaign. But this kind of revelation resembles common knowledge nearly fifty years later; with a few notably exceptional campaigns, voting for American politicians has devolved into a calculation which accounts for the superficiality of the candidates. What Larner and Ritchie ostensibly found damning, we now live with as a foundational truth of the electoral process. 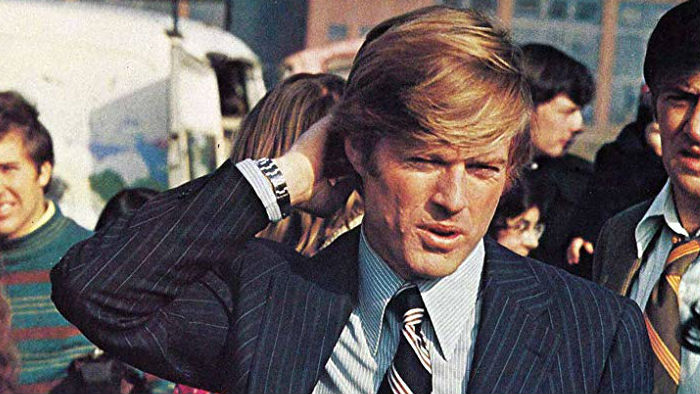 What the filmmakers could not have accounted for, however,  is that (at least in recent years) the transformation of many candidates’ platforms have actually followed in the opposite direction of McKay’s shift toward centrism. As an electoral expectation of morality and unification has eroded, the tendency of campaigning politicians to stake a claim against the center and drive harder toward the periphery of their own party has increased. There is a moment in The Candidate, toward the end of a climactic debate between McKay and his opponent, when McKay goes off script — frustrated, he notes that not one single vital issue has been discussed throughout the entire conversation. His speechwriters are stunned and consider the outburst a potentially fatal misstep, but today that open derision of the political process and dogged commitment to one’s own principles would hardly pass as faux-pas. Contrarily, it would be lauded by the politician’s base.

Still, while the film unavoidably shows its age, it does nag at the heart of one intrinsic problem with campaigns: the candidate who emerges from an arduous-months long campaign is often substantially different than the one who entered. McKay is battered and molded by the rigors of the process, altered by a series of small tweaks by his handlers — they soften his language about abortion, stiffen his position on crime, and so forth — until he can no longer recognize his platform as his own. None of the changes are critical; rather, the movie astutely presents them as a series of minor compromises that eventually comprise a wholesale transformation.

Redford anchors The Candidate, offering a masterful performance that might actually be too nuanced for the commentary Larner and Ritchie aim to achieve. When we first meet the wholesome McKay, Redford’s unmistakable charisma prevents us from processing his altruistic lawyer as anything less than a superstar in the making. He is obviously a leader, someone that others (including the audience) respond to. During the race, as the candidate begins to feel the weight of his compromises, Redford homes in on his character’s vulnerability and sad surprise; later, when McKay’s won the entire thing, Redford’s approachable charm prevents us from being able to truly indict his character. This is actually appropriate, as The Candidate is largely about the intractable political machine more than it’s about the titular politician himself 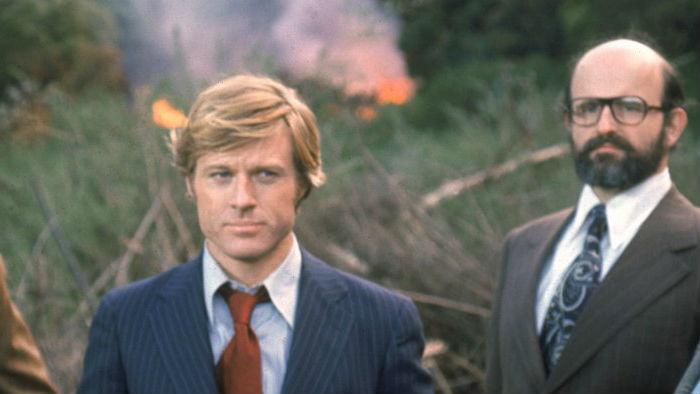 .McKay’s story is a tragicomedy that suggests how maybe having the talent and the passion for a given endeavor isn’t necessarily a compelling reason to pursue it. Just because McKay can run, should he? Larson and Ritchie view political office as the aspiration of the power-hungry and the compromised, making the film — at least in this one regard — timeless. Ritchie ends The Candidate with it’s most striking metaphor, when McKay, having just won, can’t be heard above the din of chaos in his campaign headquarters. Finally having the power to say whatever he wants, McKay can no longer be sure anyone is listening.

‘A White, White Day’ is a Satisfying Slice of Nordic Miserablism